The purpose of inventions is to make our lives easier. However, in the prior century they had quite different ideas of what would make life easier to deal with. Here are some of the most outrageously hilarious vintage inventions that we are most likely better off without! 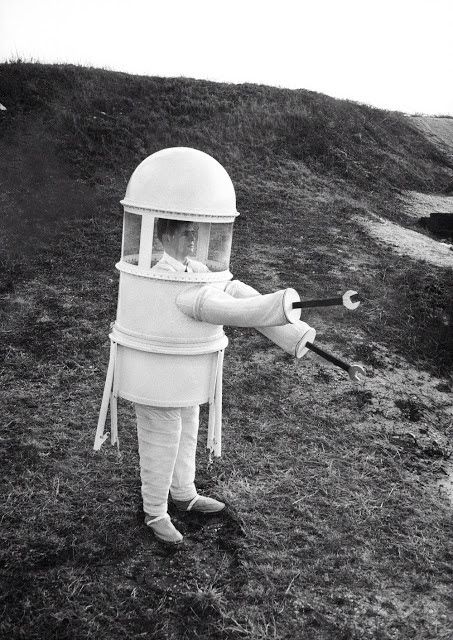 March 16, 1960: A suit designed by the Republic Aviation Corporation sought to solve the problem of what the ‘well-dressed man’ would wear for a stroll over the airless moonscape. In an article in the New York Times, the manufacturers promised that the suit would have its own oxygen supply and that the tripod legs would enable the wearer to rest simply by sitting down. The extending wrench hands were to be used to securing loose screws. 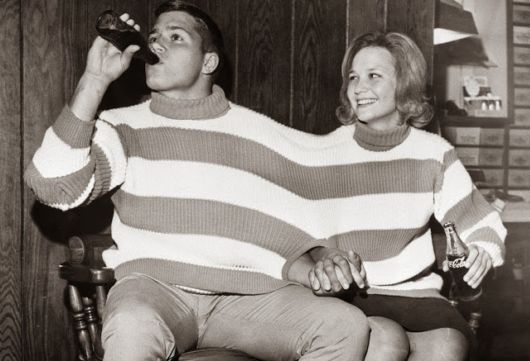 October 17, 1963: Tommy Harper and Chica Gray share a sweater built for two in a local downtown shop. The ‘Tweter’ as they called it was set to be the newest fashion trend to sweep the country, with two sleeves, two turtlenecks and one center shared armhole. This sweater took the notion of togetherness to another extreme. 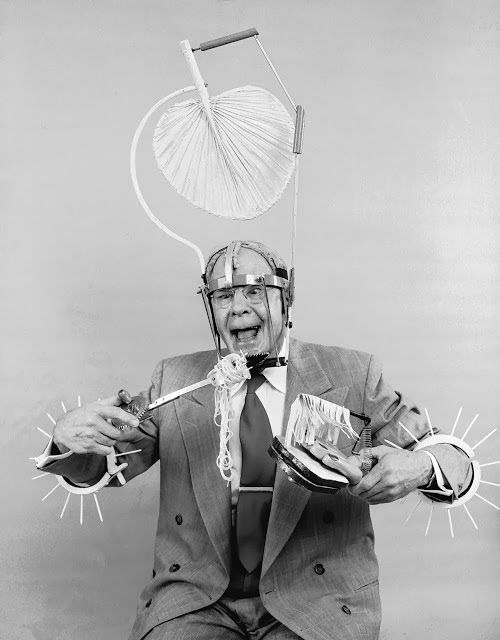 Circa 1955: Russell E. Oakes, an amateur American inventor, wearing some of his novel inventions. The spikes on his arms enable him to push his way through a busy department store. He invented a wind-up spaghetti eater for those that must have their spaghetti fix, and a strange fanning contraption for the head. 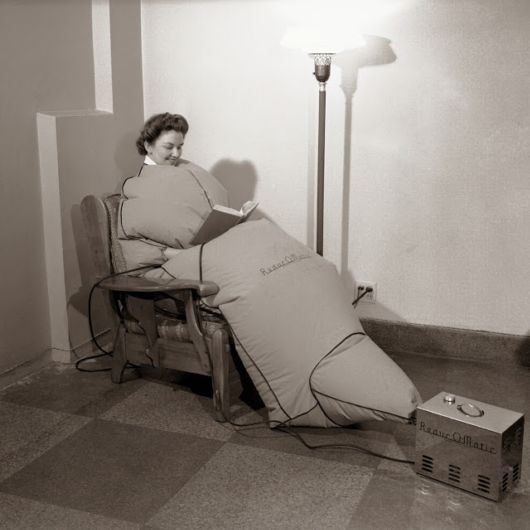 February 4, 1942: No need to actually get into the bath with this interesting war-time invention. Gail King demonstrates in this picture the portable sweat box. The instrument consisted of a large cloth bag with a zipper front and a small air pump that fills the bag with heat and vapor. The machine was meant to simulate a steam bath anywhere in the house and in any position. 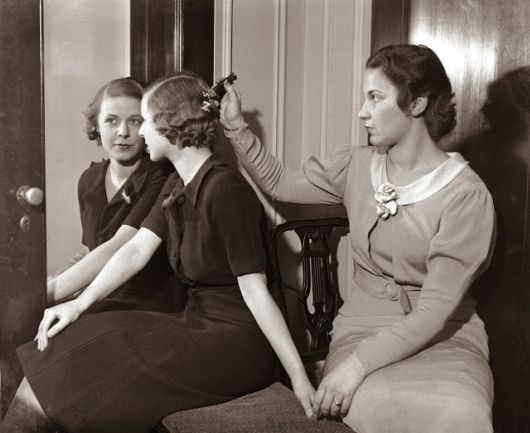 March 21, 1933: Women demonstrating the use of a new machine that allows them to ‘wear their hearts on their hair’. A fountain gadget outlined the initials of their love in their hair for everyone to see. Certainly, other men would not talk to them, not because of the initials, but because this gadget must have made them look like inmates! 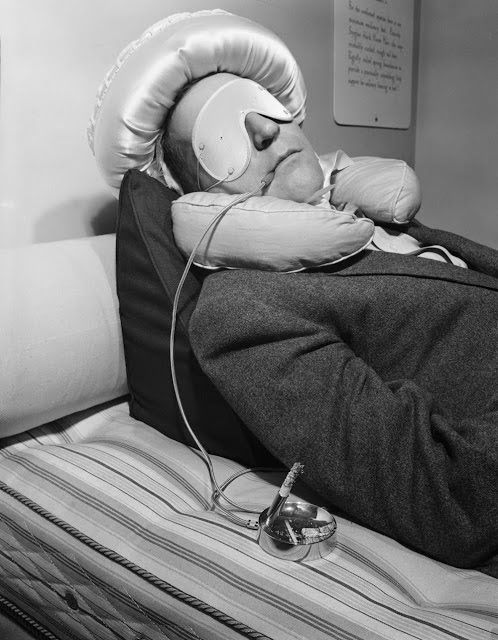 Circa 1950: A completely ridiculous machine here presented by Garry Moore. The device allowed individuals to continue smoking without the fear of burning their bedclothes should they fall asleep with a lit cigarette. 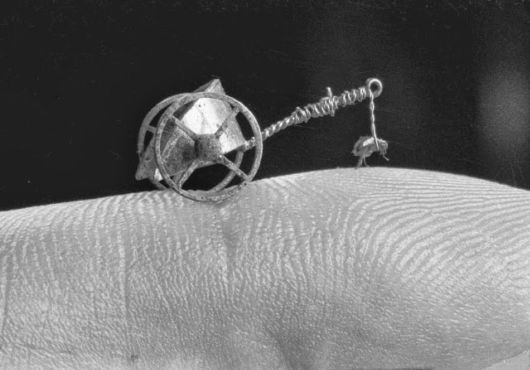 April 20, 1951: Rudolph the flea, part of Roy Heckler’s Flea Circus, pulls a metal cart without any assistance. To pull the equivalent weight, man would have to haul nearly 200 tons! 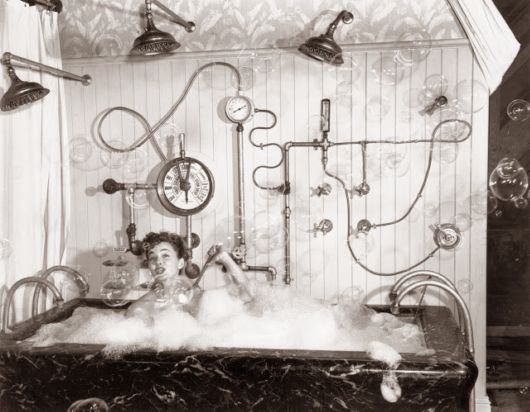 August 4, 1949: The film star Ann Blyth takes a bubble bath with an assortment of water heating and pressurizing gadgets. 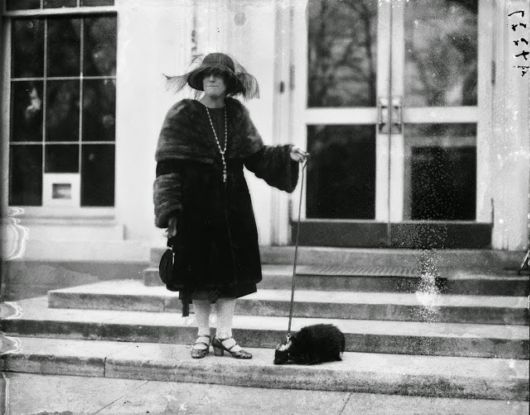 March, 1922: A woman with a pet skunk visits the White House. It looks like she’s wearing one too… 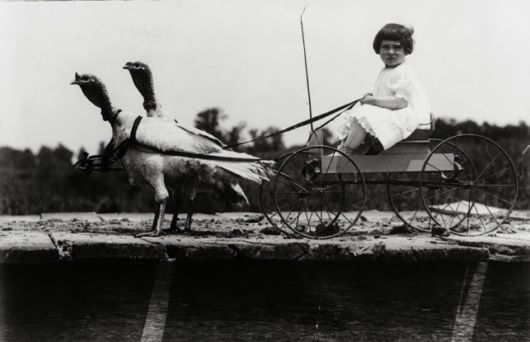 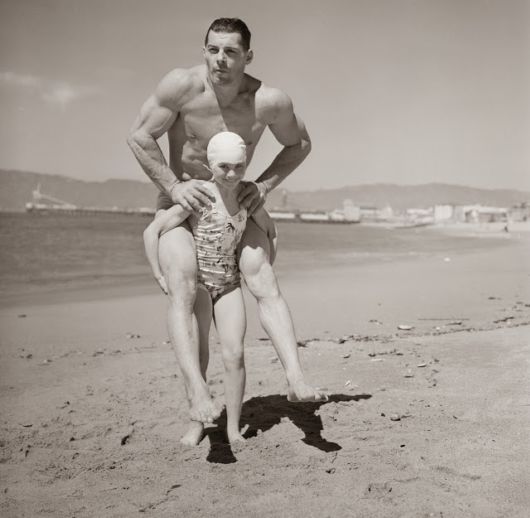 March 29, 1940: This one is an amazing feat of strength! Patricia O’Keffe weighs only 64 pounds, but is able to hold up the 200 pound Wayne Long on her back. Incredible! 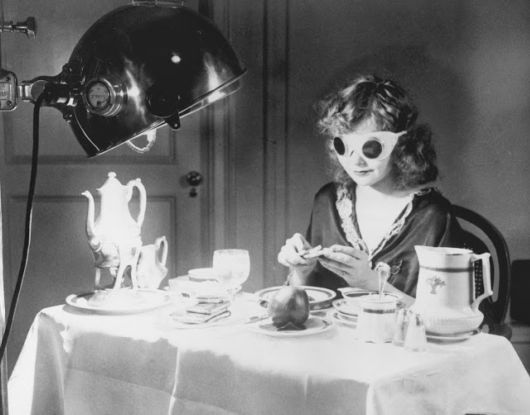 October 16, 1925: No need to hit the beach to get your dose of vitamin A! These quartz lamps will bring the sun to your home or office! 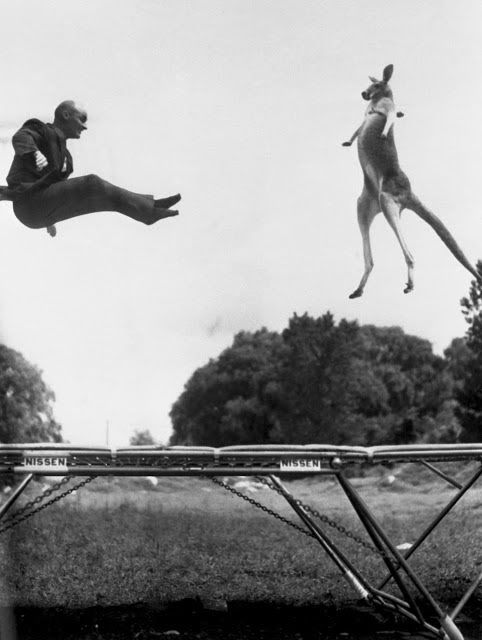 July 7, 1960: Victoria the giant red kangaroo displays her perfect form as she jumps around on the trampoline with George Nissen, the inventor of the modern trampoline. 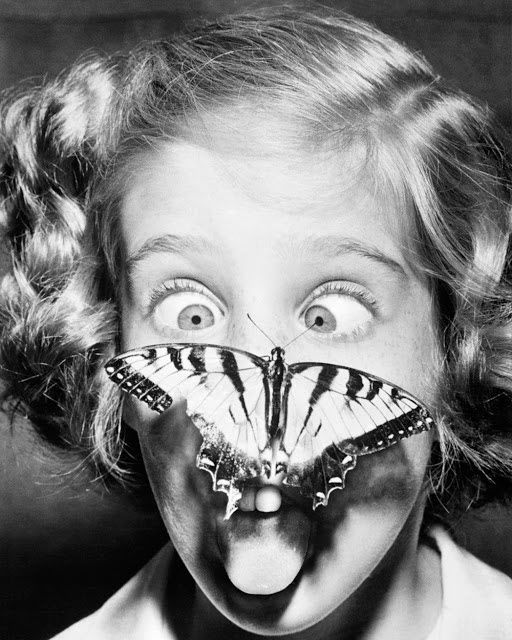 August 6, 1960: Here’s one for fun! A butterfly lands on the face of Susan Bermann to get a close up of the pretty young girl. Susan looks at the butterfly in cross-eyed amazement.