This bride went a tiny bit over the top with her wedding dress with a train that takes some stopping.

They say it?s a day you should never forget ? and that?s certainly the case for Italian bride Elena De Angelis and the village of Casal di Princice.

She has broken the world record for the longest wedding dress by arriving to the church with a mammoth, 3km (1.86 mile) long veil. 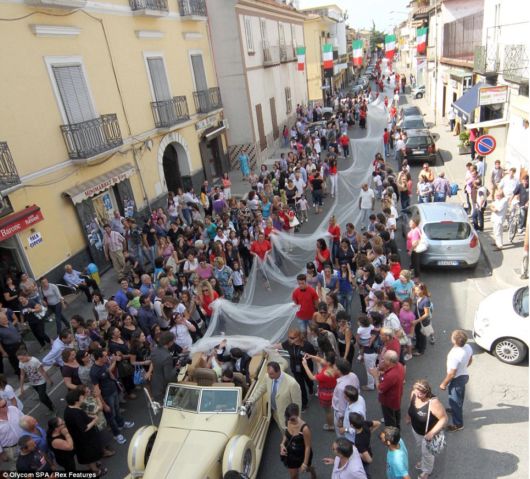 chord, is expected to be confirmed as the world?s longest by the Guinness book of Record

Here comes the bride: Elena is sitting in the vintage car as hundreds of people come out to help her carry the dress through the streets of Casal di Princice

Hundreds of schoolgirls and their mothers turned out to help the bride-to-be along the streets of her village.

The Gianni Molaro designed cream dress, which is made from 6,000 metres of silk s.

Driven to the church in a vintage car Elena was applauded by the entire village.

The veil literally stretched for miles and had to be carefully collected by designers after Elena arrived in the church. 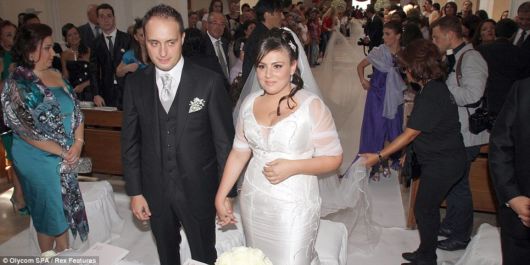 She made it to the church: Elena De Angelis is all smiles after breaking the world record in Italy for her cream dress 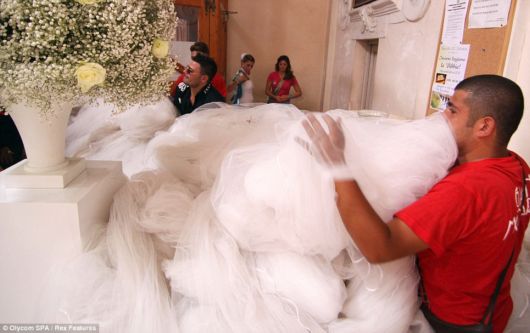 It’s a bundle: Hundreds of mother and workers from the design company worked together to get the three kilometre long dress into the church 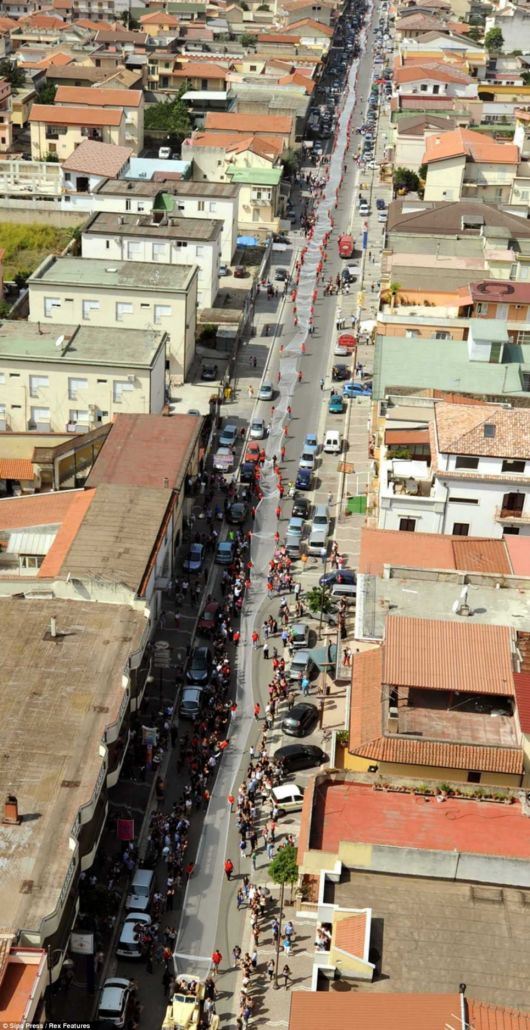 A day to remember: The entire village of Casal di Princice came to a stand still for the epic wedding dress which was carried through the town