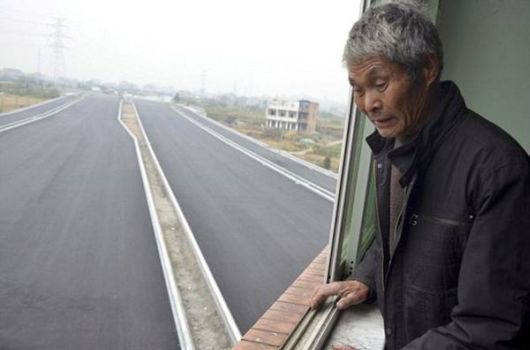 The Worst Location for a House: the Middle of a Motorway – When the local government of the city of Wenling, China, decided to build a new motorway, they offered all residents occupying the land, relocation compensation. However, this elderly couple refused to move as they felt that the offer was too low to cover the cost of rebuilding. As a result, the motorway was built around their home and the house now stands right in the middle of the newly built motorway. Cars traveling on the road are forced to drive around the stranded building. 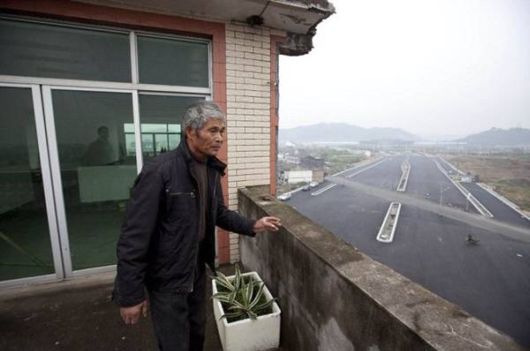 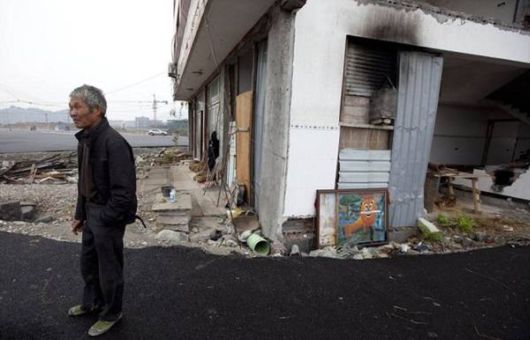 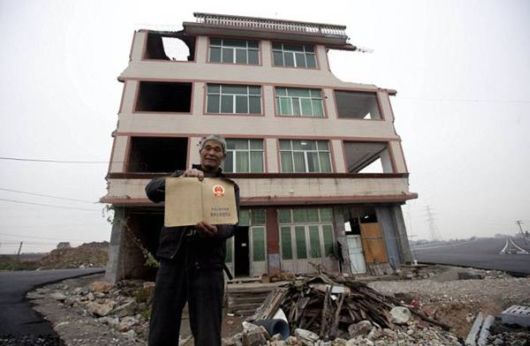 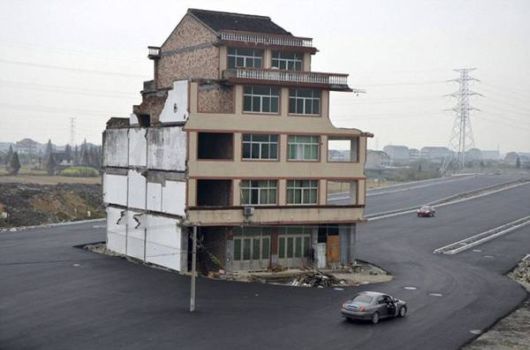 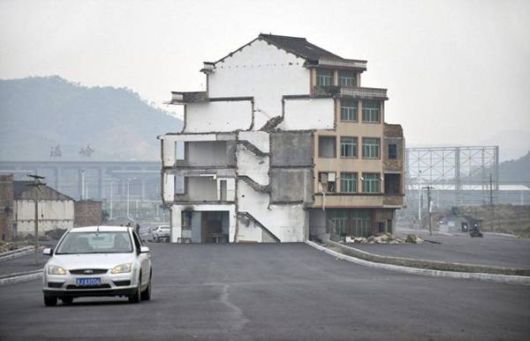 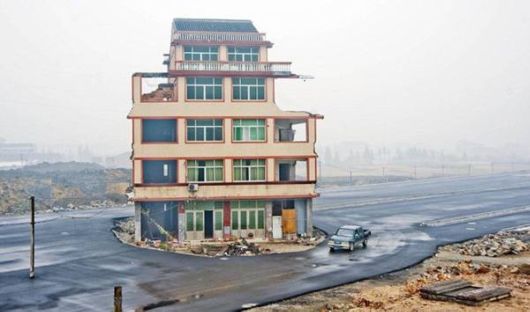 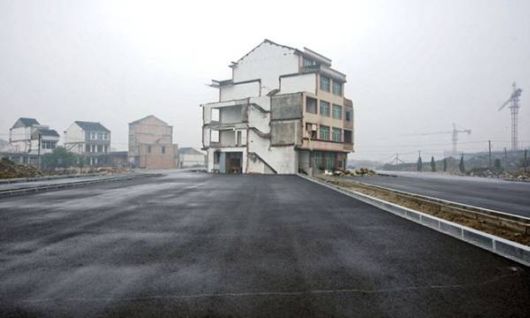