Just beneath the village of Bamba, in the Northern part of Dogon country in Mali, lies a small, yet sacred lake, where fishing is permitted only once a year ? during the unique ritual called Antogo. 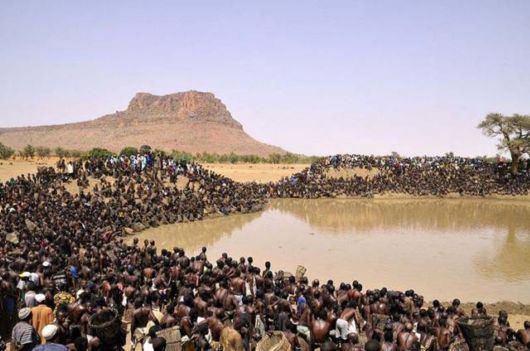 In the past, Bamba is said to have been covered in lush green forests. The lake, which is considered to be sacred and populated with good spirits, used to offer tons of fish that contributed to local food requirements. But with changes in climate, desertification, and the passage of time, the region gradually became dry, infertile and inhospitable. The locals now face huge problems such as unavailability of water, but the lake still represents a precious resource to the local Dogons, but one which they exhaust every year during Antogo. The event is held on the 6th month of the dry season, generally in May, but the exact date is fixed each year by the council of wise men. Saturdays are market days in Bamba, and for the first three market days of the month wooden sticks are placed in the middle of the lake, acting as a signal, a warning that the ritual is getting closer. On the day that is finally designated as the day of Antogo, hundreds gather from all parts of Mali around Bamba?s lake. The 3 biggest groups are formed by the most respected and ancient families of various Dogon villages. The group from Bamba itself is usually the largest. These groups of people maintain a collective mystical silence, except for the wise who recite incantations and praise deities. When they are done speaking, the ritual itself ? and all the magic associated with it ? begins. 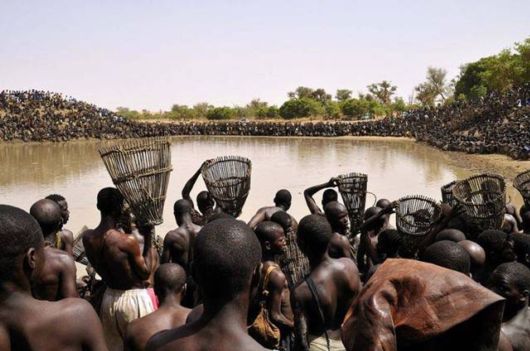 he children and men form a frame of sorts around the lake; women are prohibited from participating in the ritual as they are considered impure because of their menstrual cycles. Once the frame is formed, they wait and watch, until the tinkling of a bell and a gunshot is heard. Then, hundreds of Dogon jump wildly into the lake, armed with fishing baskets, attempting to catch as many fish as possible, as fast as they can. The caught fish are quickly stashed into local leather bags, but sometimes people keep them in their mouths until they can find a place for storage. The Dogons soon become unrecognizable, covered completely in mud. The dance continues, nevertheless, and the fishing quickly turns into a frenzy. All this goes on for about 15 minutes, when a gunshot marks the end of the ritual. All the captured fish are put together and handed over to the oldest man of Bamba, the village elder, who will make sure the catch is properly distributed among the villages. 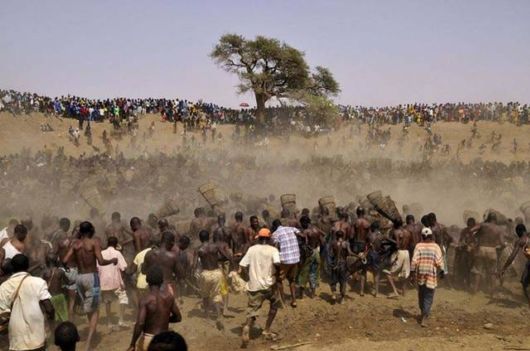 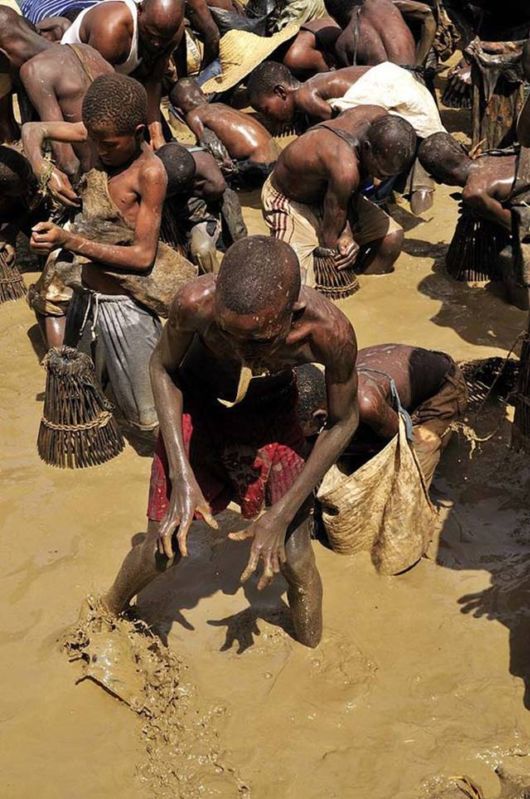 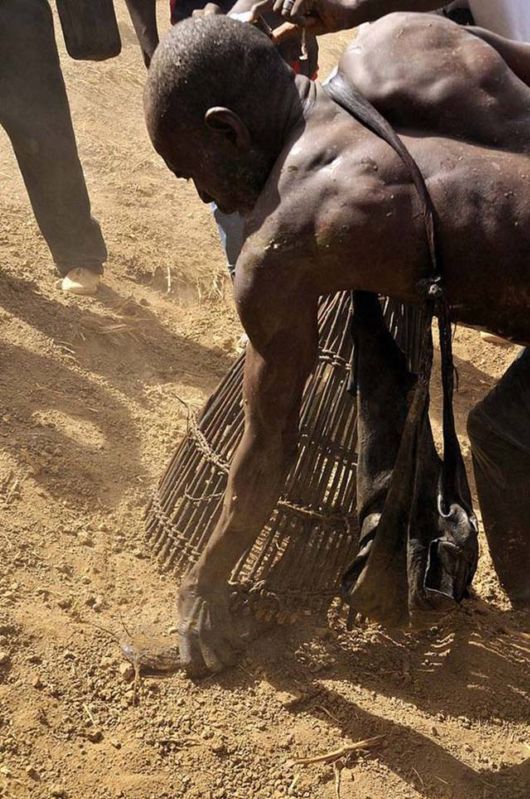 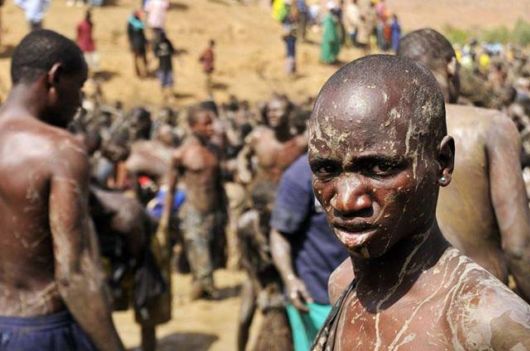 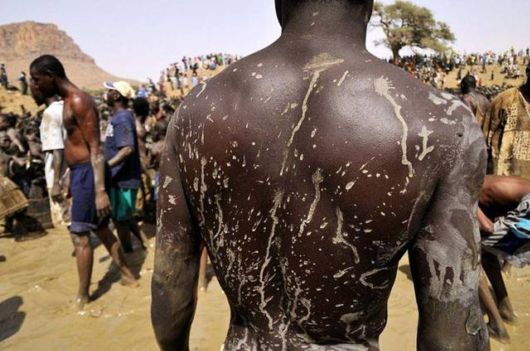 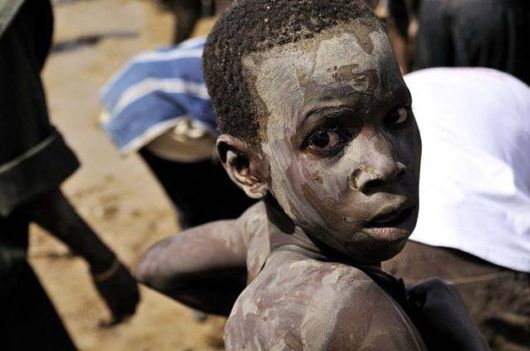 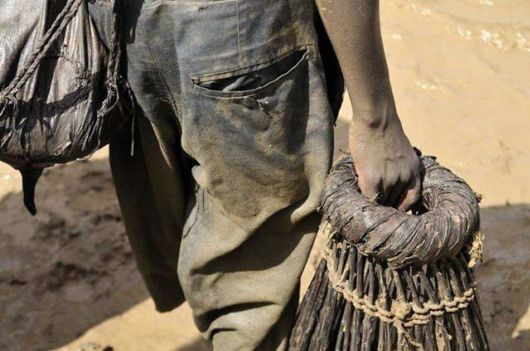 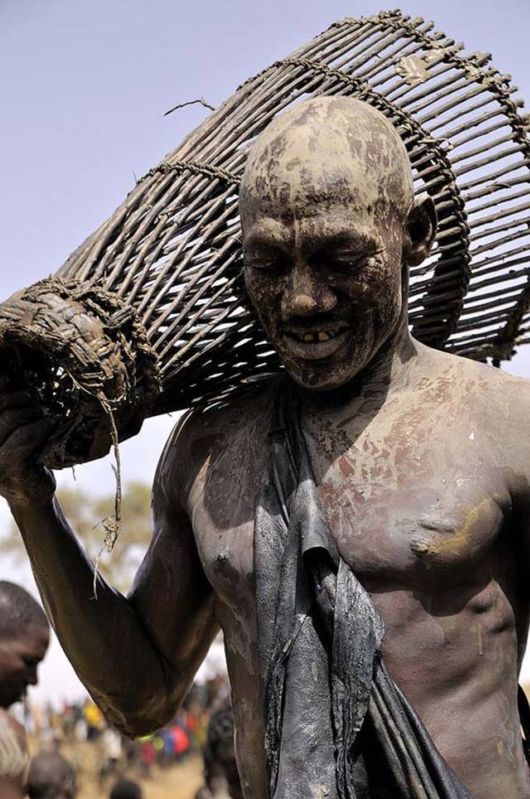 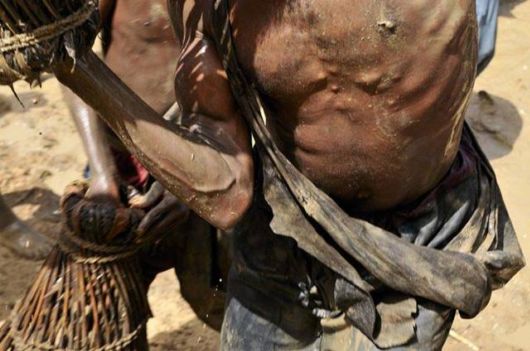 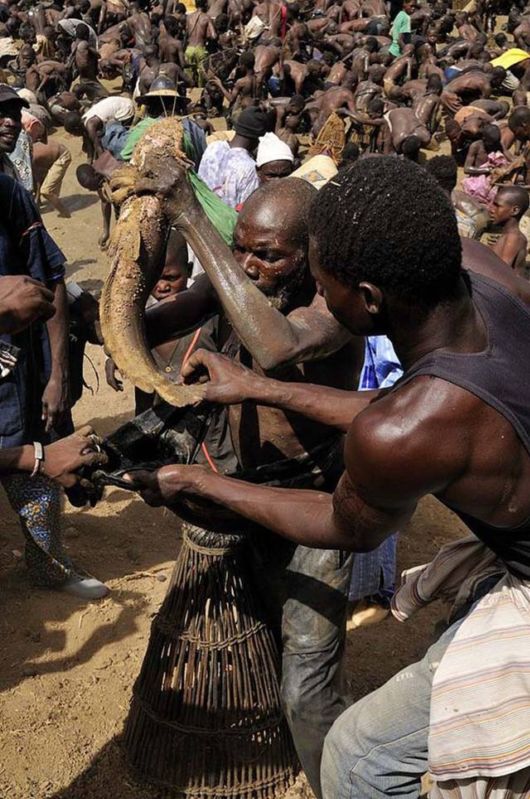 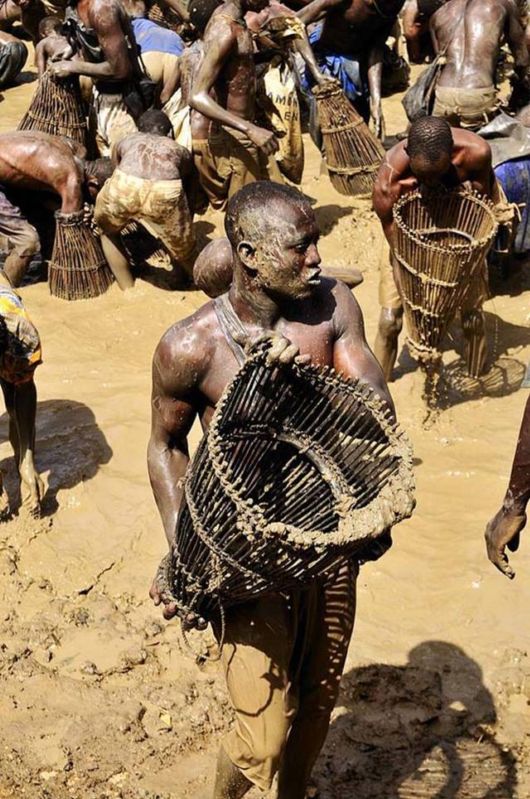 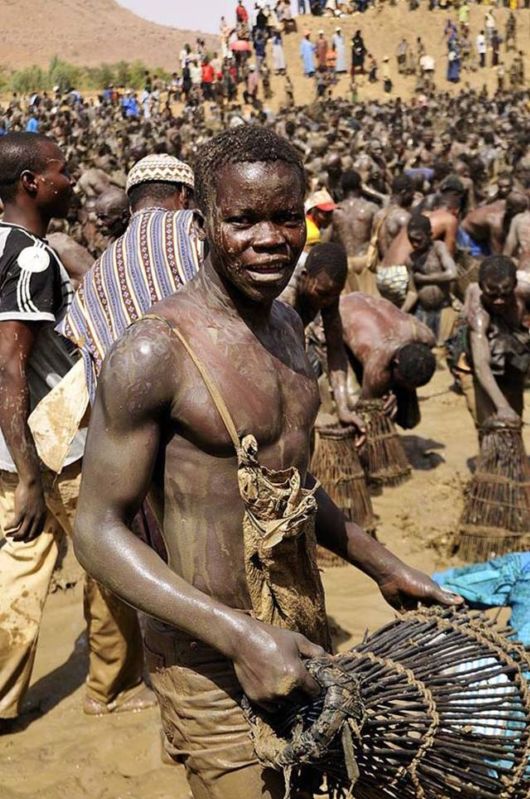 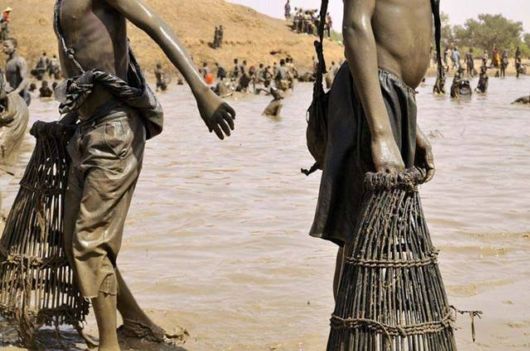 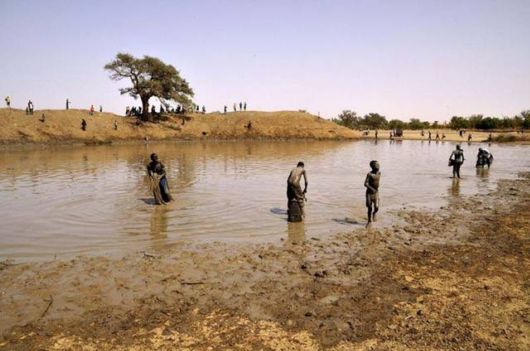