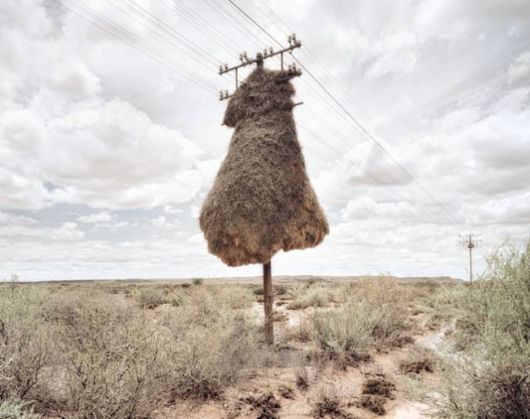 Looking more like something out of The Lorax than what you would find in Africa’s Kalahari Desert, these fantastically decorated telephone poles are actually home to the aptly named Sociable Weaver bird.

The communist little soarers don’t just build massive homes for their own kind?they even allow other species of birds to settle down in the nests, which could very well hold up to 100 birds at a time. According to the San Diego Zoo, the South African pygmy falcon Polihierax semitorquatus (otherwise known in layman’s terms as good-for-nothing squatters) “relies completely on the sociable weavers’ nest for its own home, often nesting side by side with the sociable weavers. 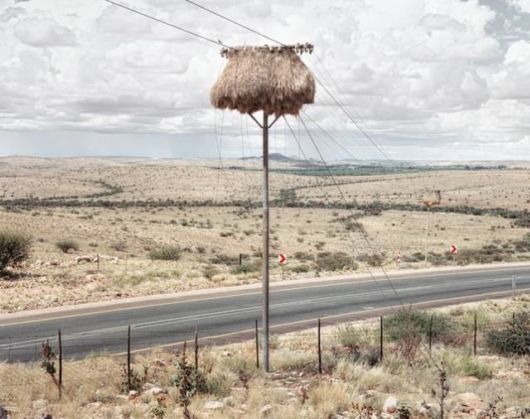 Photographer Dillon Marsh has an entire series on these whimsical bird colonies called Assimilation. A few of the nests even look big enough for a human to crawl into, although its hard to imagine we’d be greeted with quite the same open wings as their feathered brethren. 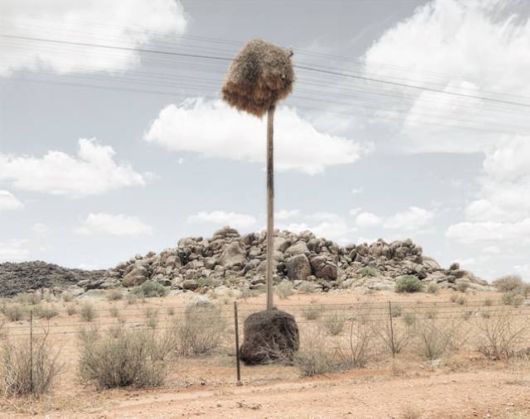 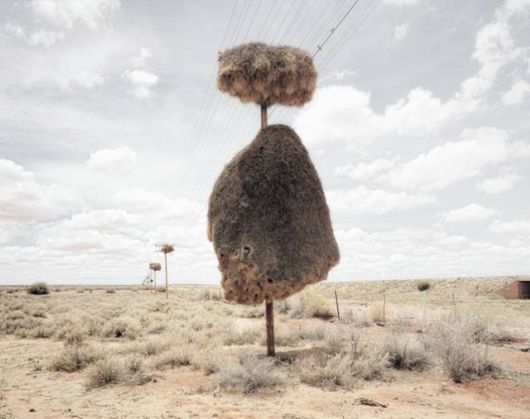 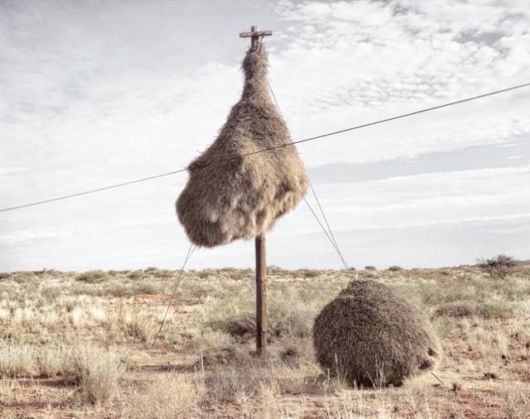 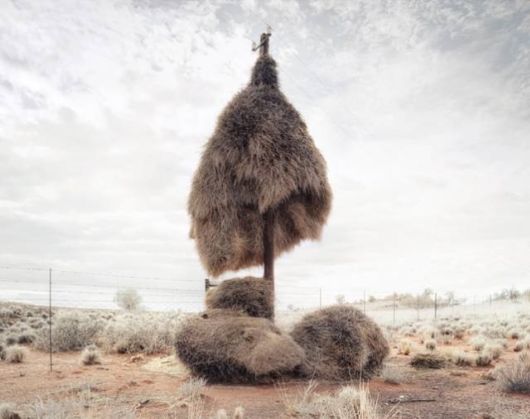 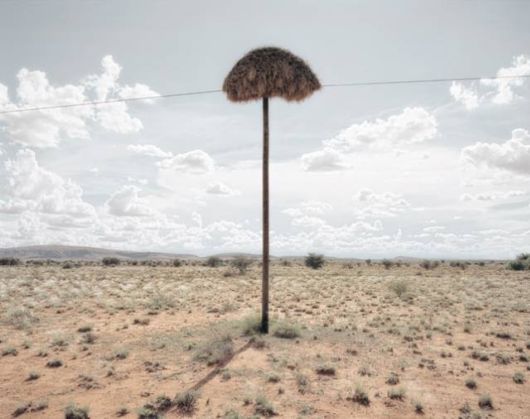 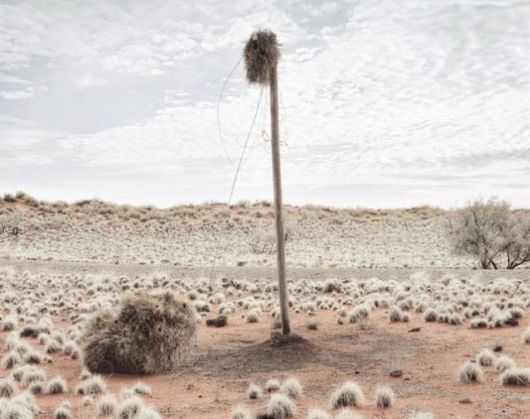 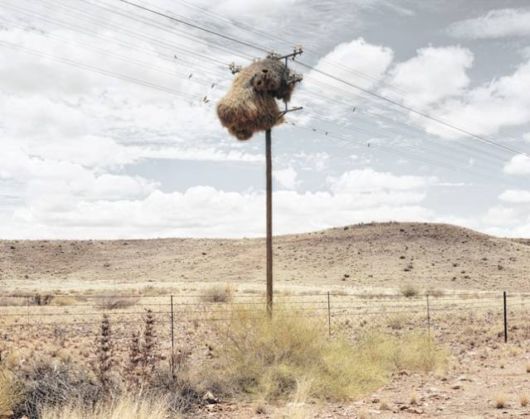 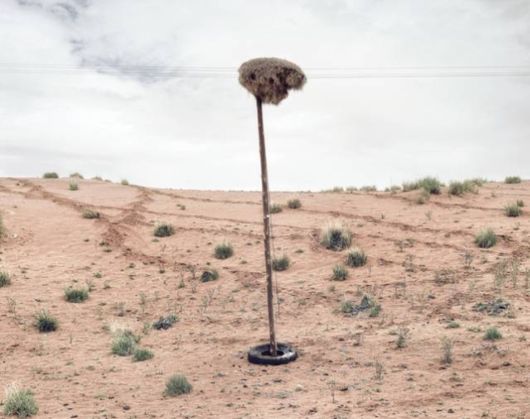 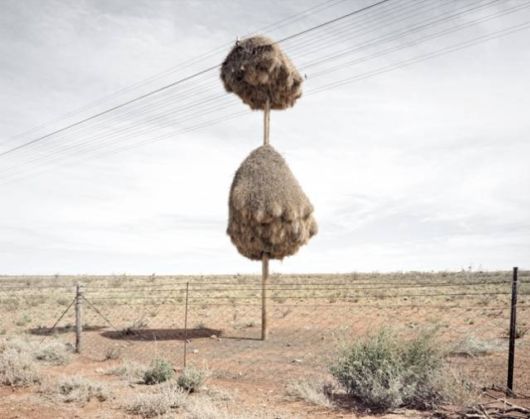 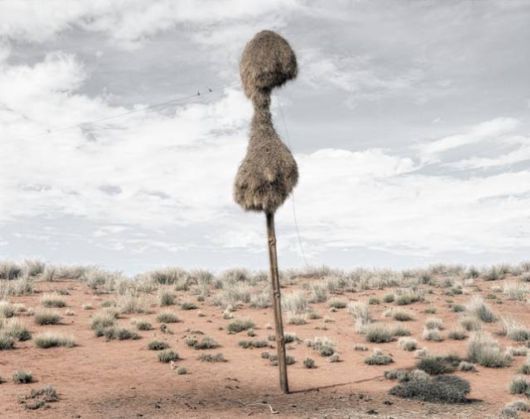