Llama fetuses, dried frogs, dangling owls … are the things visitors see in most of the stalls at the witch market in La Paz city. 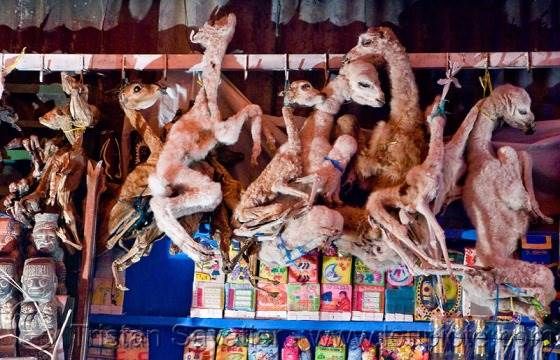 Mercado de las Brujas is a witch market located in the most popular area of La Paz city. Dried llama fetuses suspended or tied in bundles are images that visitors can see everywhere in the market. Photo: imgur.

The market displays a multitude of exotic items from the stalls to the sidewalks and pavements. Mercado de las Brujas is a market located at an altitude of 3649 meters above sea level in La Paz – the highest capital in the world. Photo: Boliviahop. 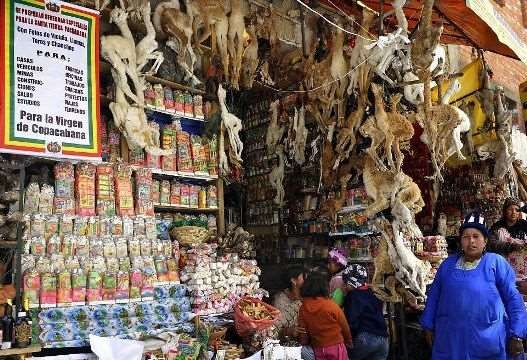 Entering the market, visitors will feel overwhelmed because the goods are lined up from the floor to the ceiling of the stalls. One of the stalls at La Paz witch market sells products for rituals of local people. Photo: AFP.. 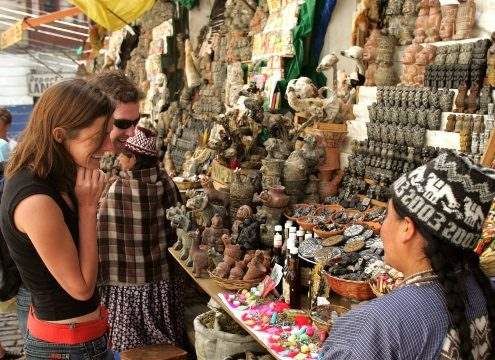 Just a glimpse of the market or take a walk will see vendors sitting along the street to invite customers to buy strange and eye-catching souvenirs. Photo: hotelrosatrio. 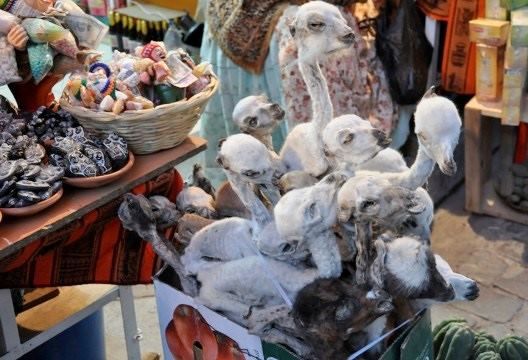 Dried llama fetuses are one of the most popular and popular items at the witch market. It is used to bury under the foundations of new homes in Bolivia to drive away evil spirits. Photo: flickr. 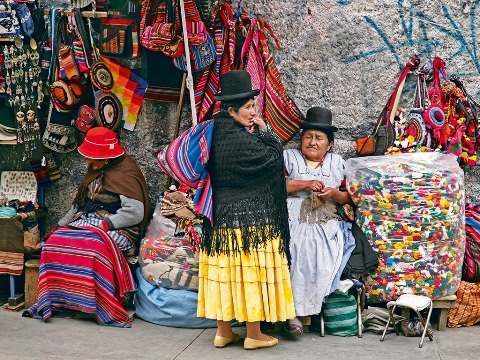 Another very bold image of Bolivian culture at the witch market is Aymara women wearing traditional clothes with black hats, robes … selling goods. They are known as yatiri (or healers, wizards) that people believe have the power to connect with other worlds. Photo: NatGeo. 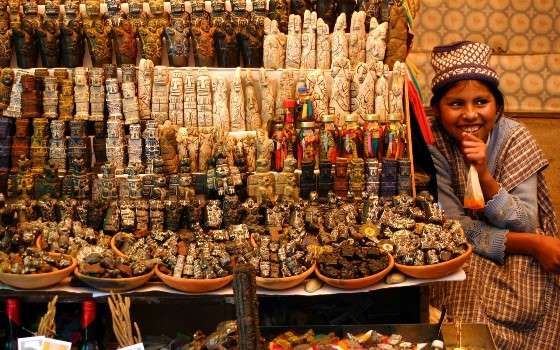 La Paz Witch Market sells all kinds of amulets, medicinal plants, dried frogs and countless souvenirs, handicrafts such as figurines carved from wood, stone … The market is open daily. from 9:30 to 19:00.