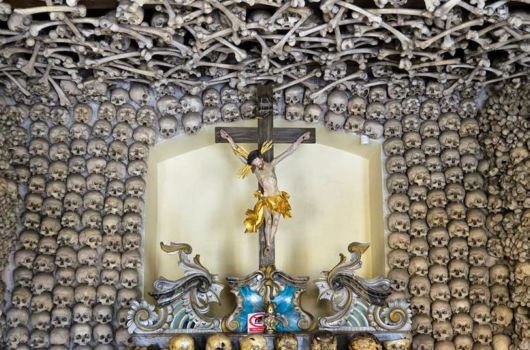 The Kaplica Czaszek (Chapel of the Skulls) is located between St. Bartholomew’s church of the Polish village Czermna. The walls and ceiling of the church are decorated with thousands of human skulls and bones. The chapel was built in 1776, when America was declaring its independence form England. Polish people of Czernma are surviving with acute intestinal infection caused by ingestion of contaminated water or food and hunger. They are victim of war or the Plague. Most likely it is the mass grave of people who died during the thirty years war “1618-1648”. The plague that broke out during the war and the Three Silesian Wars “1740-63 and other military conflicts.

The urbane looking Kaplica Czaszek is garnished with 21,000 human skeletons and thousands of Skulls. Today the skulls are installed and include a Tartar warriors skull, the Czermana mayor and his wife, skull with bullet holes, and skull swiss-cheesed by syphilis, and even the skull of giant. Beside these special skulls are those of the priest and the grave digger themselves, presiding proudly over the chapel of Skulls they created and now call their final resting place. 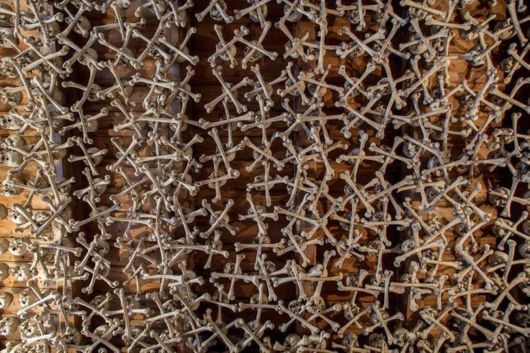 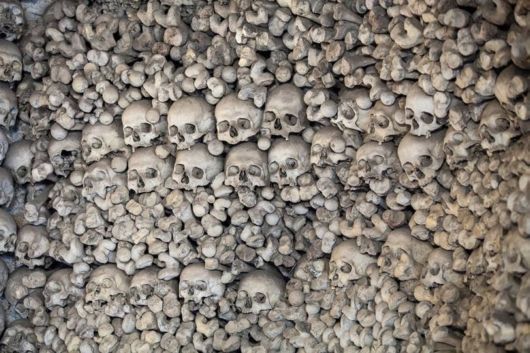 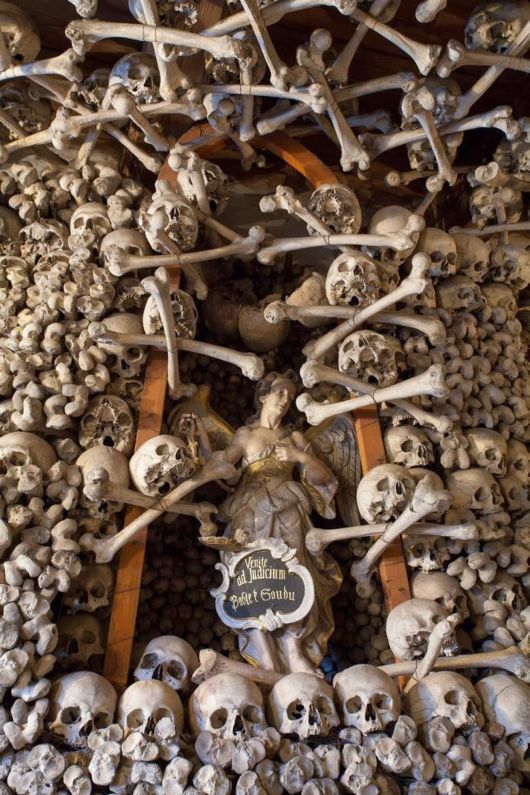 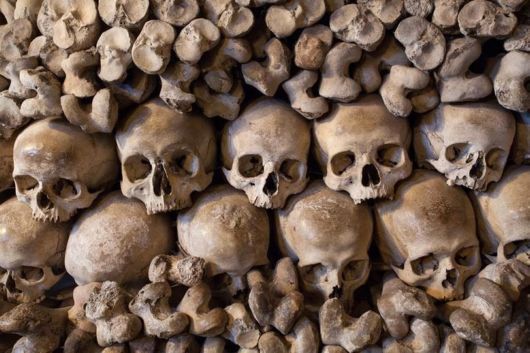 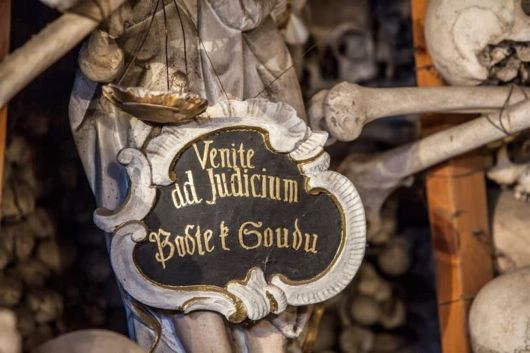 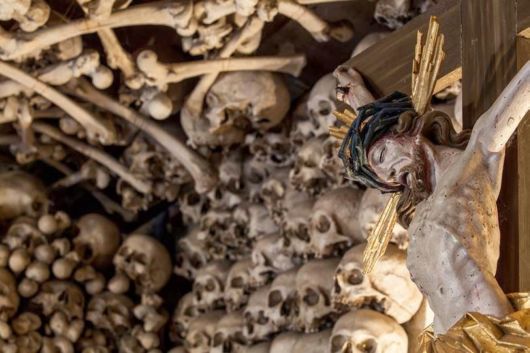 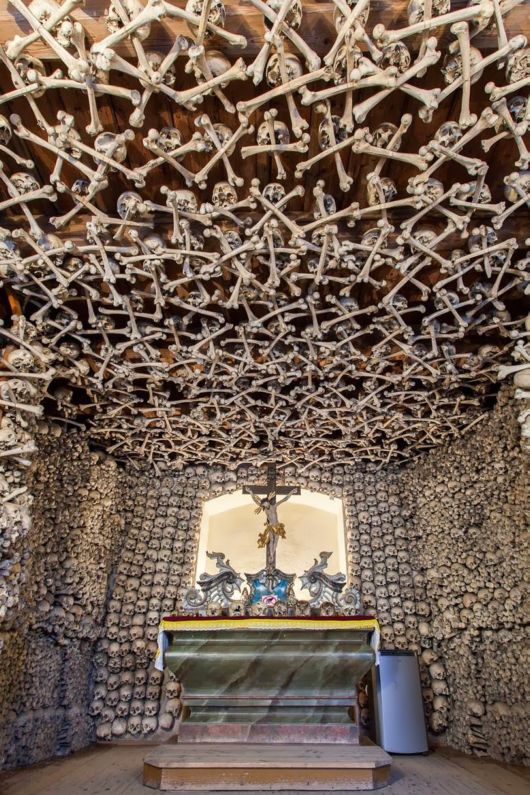 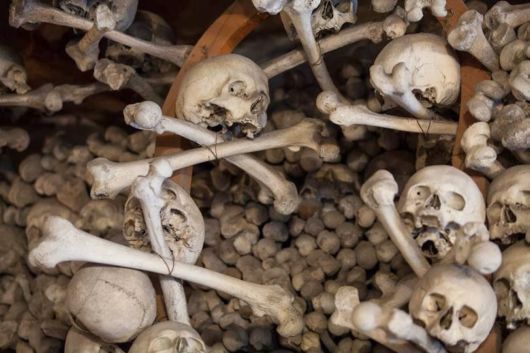 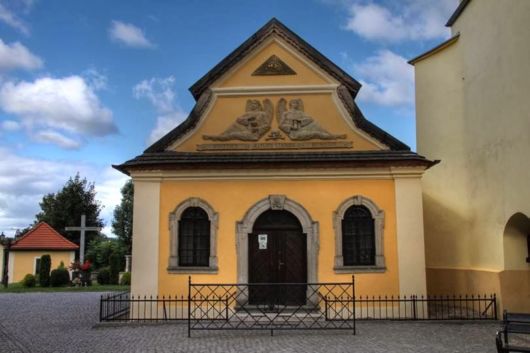 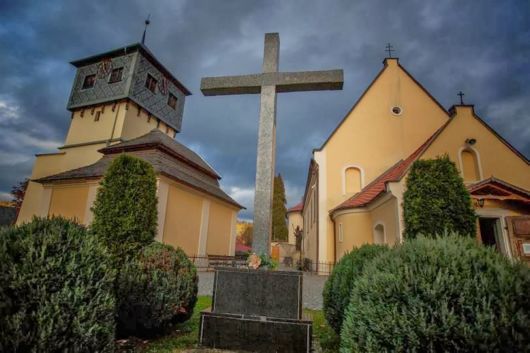 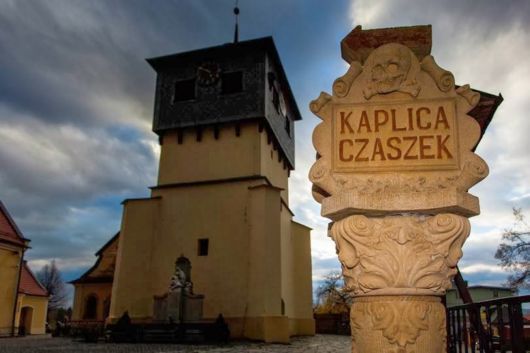