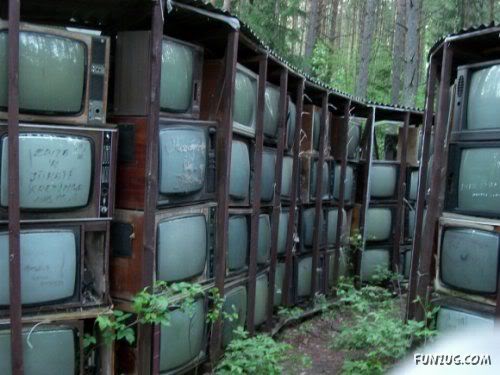 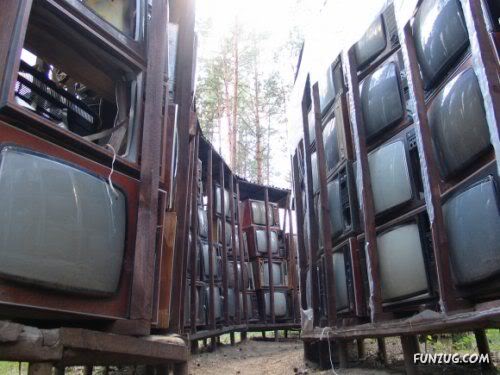 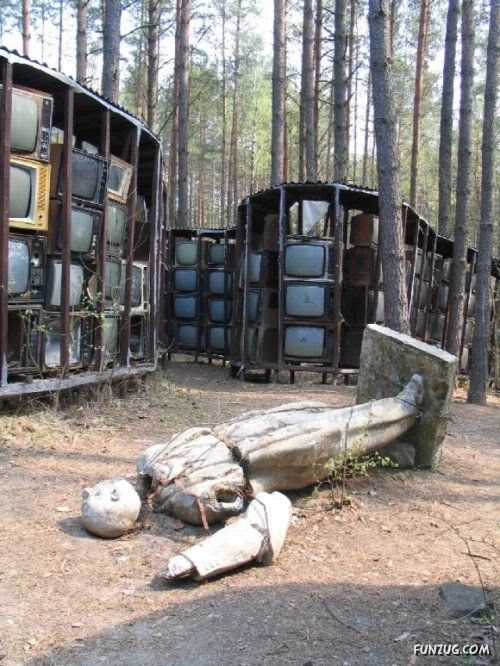 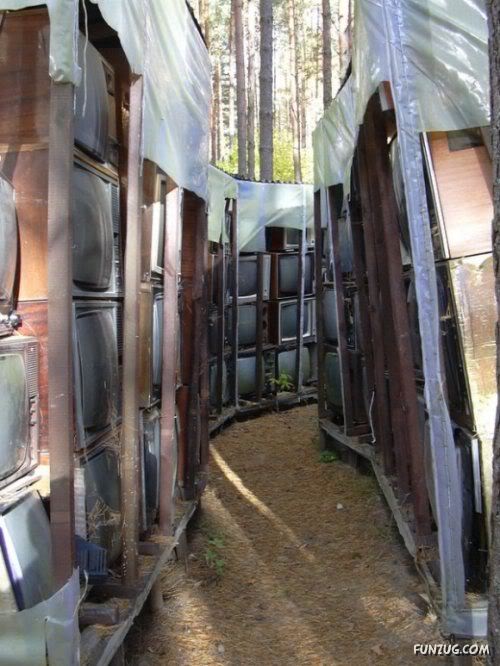 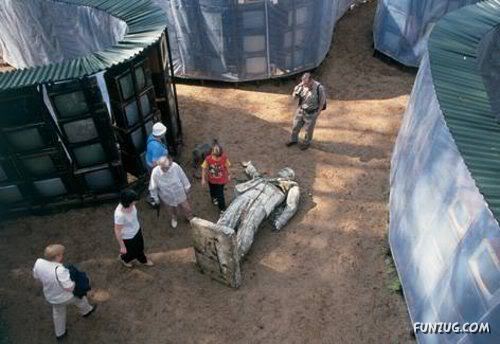 A statue of Lenin lies in the middle of the labyrinth. The sculpture symbolizes the absurdity of Soviet propaganda that for over half a century had been implanted in people?s minds with the help of senseless TV.

All Lithuania has taken part in the creation of a labyrinth of television sets. People from various Lithuanian towns donated old TV sets after an appeal from Europos Parkas was broadcast on LNK television. 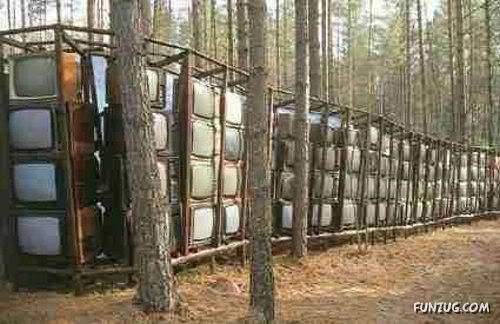