Ram Singh Chauhan started growing his mustache in 1970, and hasn?t cut it since. Today it measures over 4.30 meters, and the proud Indian man from Rajasthan holds the Guinness record for World?s Longest Mustache. 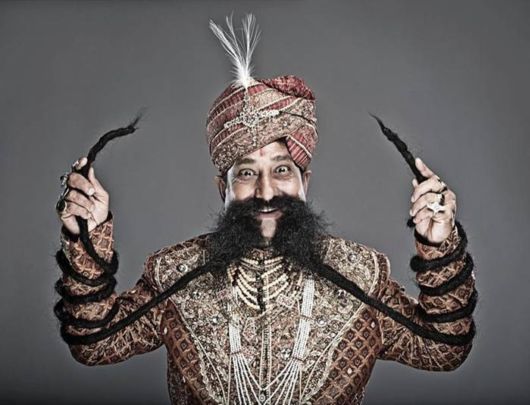 The 58-year old says one of the secrets to impressive facial hair growth is starting early. ?As you grow old your hormones grow weak, so the speed slows down,? Ram says, but even now he still adds a few centimeters to his mustache every year. He stopped shaving his mustache back in 1970, after being inspired by a fellow mustache enthusiast from Rajasthan, resuming to trimming the split ends every once in a while. In the early years Chauhan and his wife Asha used to fight over his abnormally long facial hair, because he used to take a long time to wash and groom it, and people stared at them every time they went out. But as soon as her husband started getting recognition for his efforts, she began to respect his commitment, and says she now considers the mustache part of the family and shares his pride in it. Thanks to his long mustache, Ram Singh Chauhan appeared in big movies like 1983’s ?Octopussy?, starring Roger Moore, as well as numerous Bollywood productions. He has also traveled around the world, to show off his amazing whiskers. 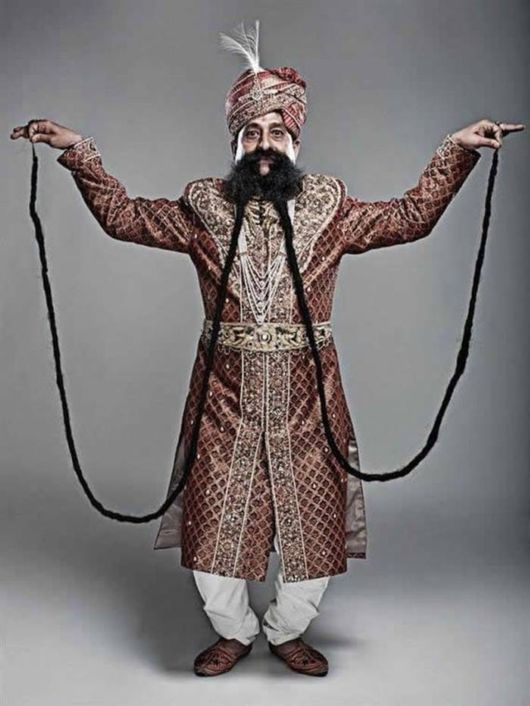 Ram?s mustache currently stands at over 4.30 meters, and taking proper care of it is no easy task. The Rajasthan state tourism official takes between one and two hours a day to clean and comb his precious facial hair. ?I massage it and oil it regularly and I wash it every 10 days which takes a long time,? he told BBC News. ?My wife helps me.? Walking around with over 4 meters of hair hanging from your face is also pretty tough. When the mustache was shorter, Chauhan used to wrap it around his ears, but these days he has to roll both ends around his neck. But he knows there?s no gain without pain and he wouldn?t dream of getting rid of it. It?s what makes him special, and that makes everything worth it.

Ram Singh Chauhan?s biggest regret is that his son doesn?t share his passion for long facial hair. He doesn?t even have a tiny mustache. 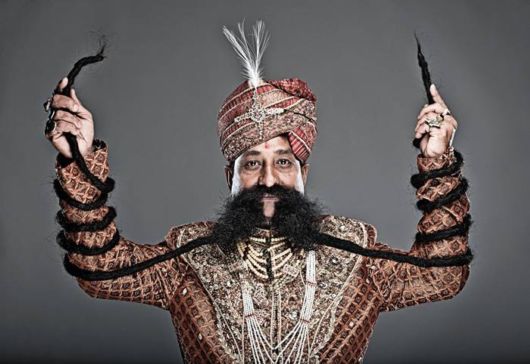