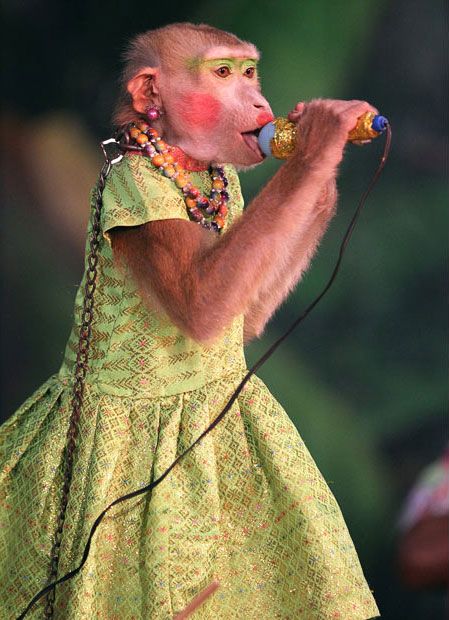 A female monkey lip-synchs to a song at a monkey show in Bangkok, Thailand 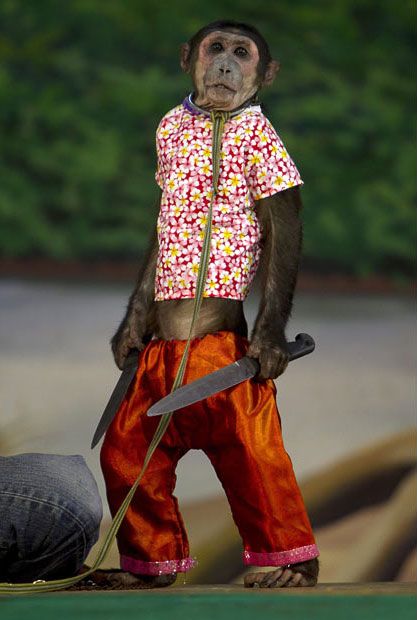 While these pictures will seem to shocking to most Western people, many Thais see nothing wrong with dressing monkeys up and making them perform. Monkey theatre has long been performed in Thailand at local fairs or held at temples during religious ceremonies. Although it is disappearing from Thai society, monkey theatre is now recognised as an asset of historical Thai culture 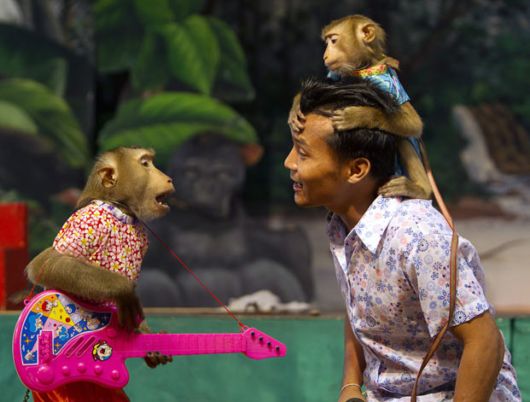 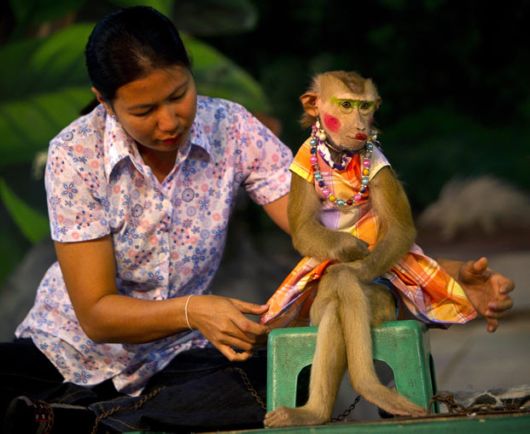 The monkey theatre company has been performing in Thailand for over 30 years. The director of the troupe, Panya Ganrobroo, inherited the position from his uncle 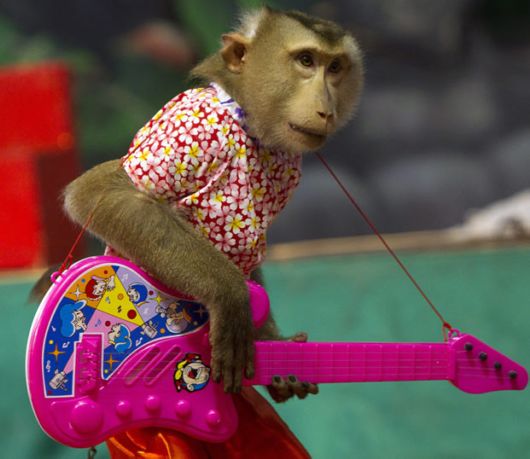 In an attempt to make the show more accessible to younger audience and tourists, Panya Ganrobroo also includes more contemporary plots in the company’s repertoire 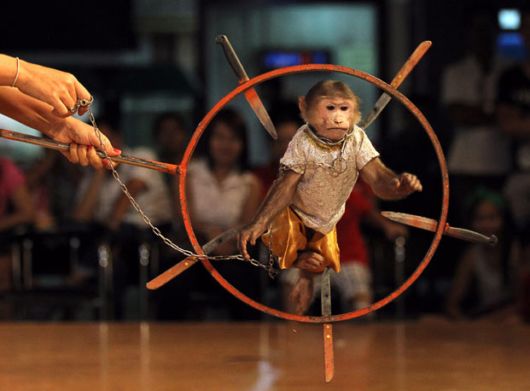 During the 30-minute show, monkeys perform feats such as calculating numbers or jumping through hoops made of knives 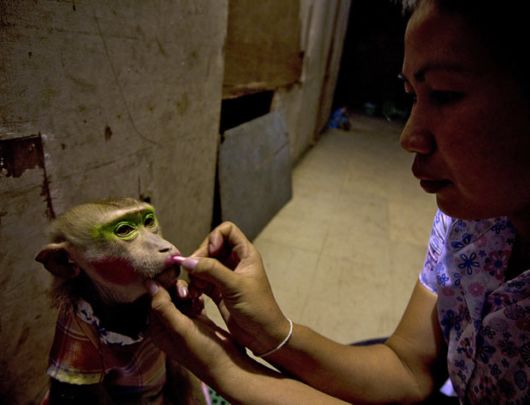 Monkey theatre is just one of the animal acts that can be seen in Thailand which have outraged animal activists. Other acts include boxing orangutans, basketball-playing elephants, and a temple which allows tourists to touch tigers 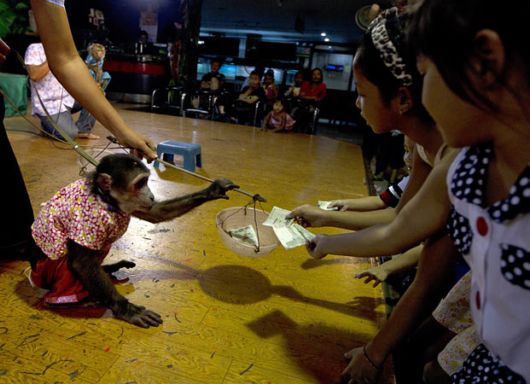 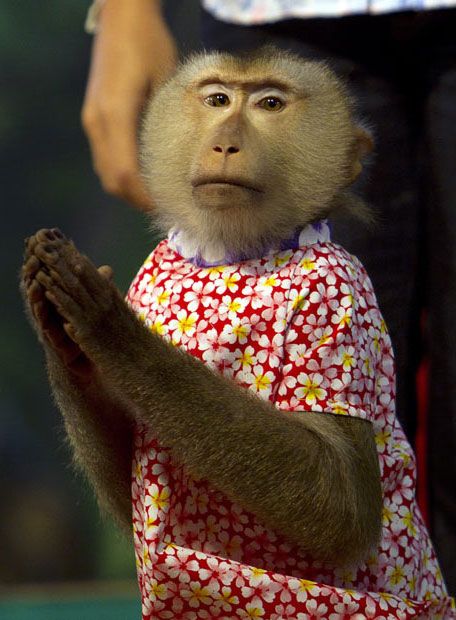 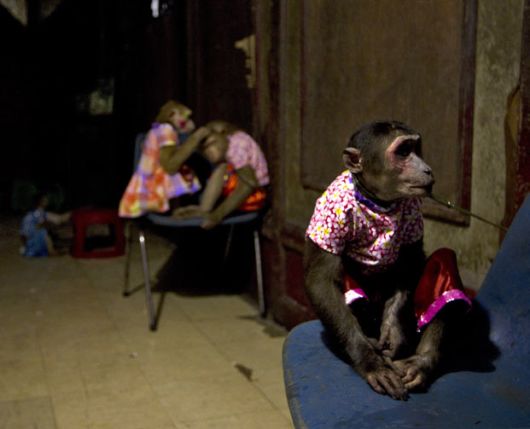 Monkeys rest backstage after a show. A female monkey is seen in the background, removing lice from another monkey