Search
Menu
Search
1. The First Blind Athlete in the Olympics 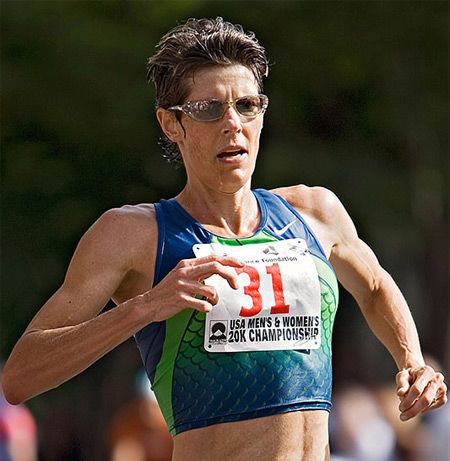 When Marla Runyan was 9 years old she developed Stargardt’s Disease, a form of macular degeneration that left her legally blind, but that never stopped her. In 1987 she went on to study at San Diego State University, where she began competing in several sporting events, and her career took off until she won four gold medals at the 1992 Summer Paralympics, and at the 1996 Paralympics in Atlanta she took silver in the shot put and gold in the pentathlon.

Her career as a world-class runner in able-bodied events began in 1999 at the Pan American Games, where she won the 1,500-meter race. The next year, she placed eighth in the 1,500-meter in the 2000 Sydney Olympics, making Runyan the first legally blind athlete to compete in the Olympics with the highest finish by an American woman in that event. 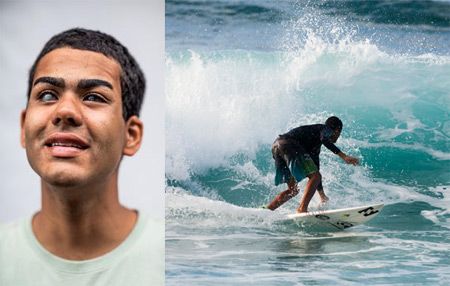 Derek Rabelo isn’t your average surfer. Far from it, since Derek was born with congenital glaucoma. However, that didn’t stop the 20-year-old Brazilian from learning to surf when he was just three years old.

"With God, everything is possible," he says, and religion does play a big role in his life: his church helped take him to Hawaii last winter, where the surf community took Rabelo under its wing. Relying on four out of five senses, Rabelo is the protagonist of the upcoming documentary "Beyond Sight." If Derek’s example doesn’t put trivial complaints like high tides or sideshore winds into perspective, not a lot of other stories will. 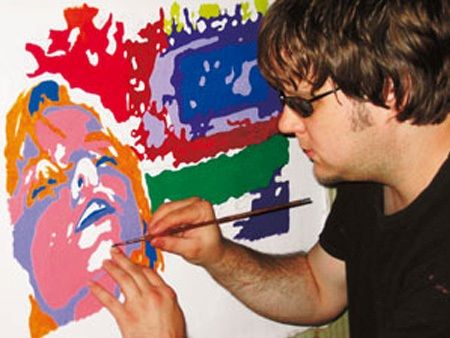 John Bramblitt lost his vision in 2001 when he was 30 years old due to complications from epilepsy. At first, John says he lost hope and was in a deep depression, but then he found an outlet: painting. Since John can’t see colors, he has developed a process whereby he paints by touch. According to the artist, the colors feel different to him: white is thick and black is a little runny, so when he needs gray, he mixes the two until the texture is right. His art has been sold in over twenty countries and he has appeared internationally in print, TV, and radio. His work has received much recognition, including the "Most Inspirational Video of 2008" from YouTube and three Presidential Service Awards for his innovative art workshops. 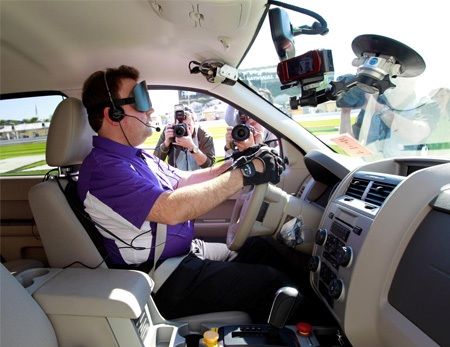 On January 29, 2011, Mark Anthony Riccobono took the wheel of a Ford Escape and drove solo around the Daytona International Speedway, something that’s not unusual except for one thing: Riccobono is blind.

Two technologies make it possible: DriveGrip, that consists of two gloves that send vibrations over the knuckles to tell the driver how much to turn the wheel, and SpeedStrip, a cushion down the back and legs of the driver which tell them how much to accelerate.

With only 10 percent of normal vision at age 5, Riccobono continued to lose vision throughout his life. But now, as part of a program from the National Federation of the Blind, he’s working to demonstrate that blind people can adjust to society and drive safely with the aid of new technology. "It’s going to be a lot of work to convince them that we can actually pilot a vehicle that is much more complex and has much more risk. Now we have to convince society that this demonstration is not just a stunt. It’s real. It’s dynamic research that’s doing great things," said Mark. 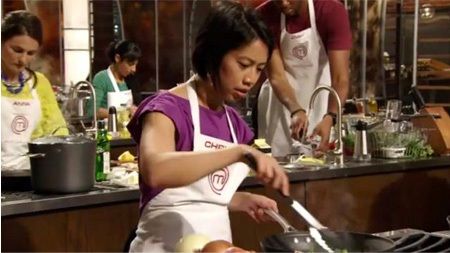 Chefs rely heavily on their sense of taste and smell to cook ? especially if they’re blind, like the winner of the 2012 MasterChef TV Show, Christine Hà. In 2004 she was diagnosed with neuromyelitis optica and gradually started losing her vision, and was almost completely blind by 2007.

While she has never studied cooking, she has a large following on her food blog. She says, "I have to depend a lot more on the other senses to cook ? taste, smell, how certain ingredients feel," adding that cooking without sight just involves "a lot of organization." 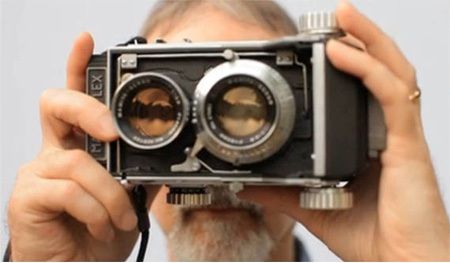 Pete Eckert was trained in sculpture and industrial design. He had always been a visual person and planned to study architecture at Yale, but then he started to lose his sight because of a condition called retinitis pigmentosa. Amazingly enough, he embraced photography even more after becoming blind, shooting ethereal double exposures and vivid light paintings with his Mamiyaflex TLR. He visualizes the image he wants to create in his mind and uses his senses of sound, touch, and memory to make a photograph. "I am a visual person. I just can’t see," he says.

Christopher Downey is an architect, planner, and consultant who lost his sight in 2008 after a tumor wrapped around his optic nerve. How was it possible to keep working as an architect? He works with a blind computer scientist who has devised a way to print online maps through a tactile printer. Today, he is dedicated to creating more helpful and enriching environments for the blind and visually impaired, and he also helps in crafting design processes that are more responsive to the needs of blind clients and end-users.