The Magic Tap:
Magic tap, which appears to float in the sky with an endless supply of water. In actuality, there is a pipe hidden in the stream of water.
Location: Aqualand, Cadiz . 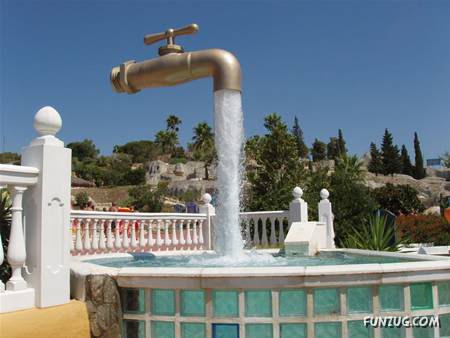 Madame Chapeau:
Designed to create a dynamics between two streets, this sculpture beams with its presence in the space that was allocated to the artist.The lady is fearlessly counting her money in an area of Brussels that is famous for its pickpockets. She even teases them with her unsnatchable bronze wallet!
Location: Brussels , Belgium . 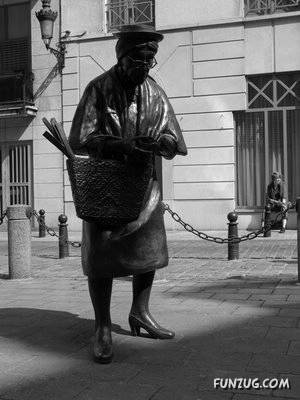 La Trobe :
A contemporary representation of Charles La Trobe in central Melbourne (This temporary installation was removed at the end of June 2006 and has been acquired by La Trobe University).
Location: Melbourne 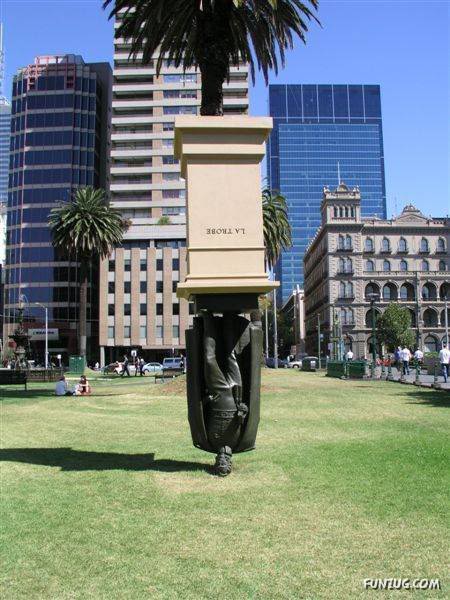 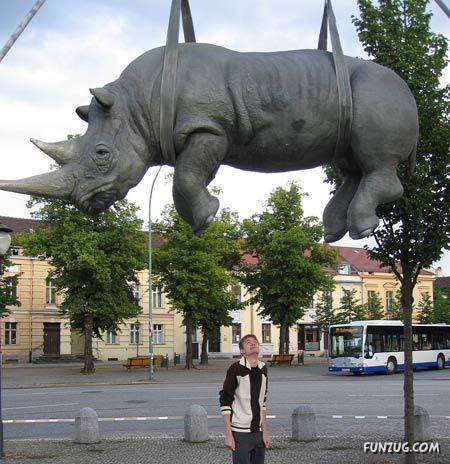 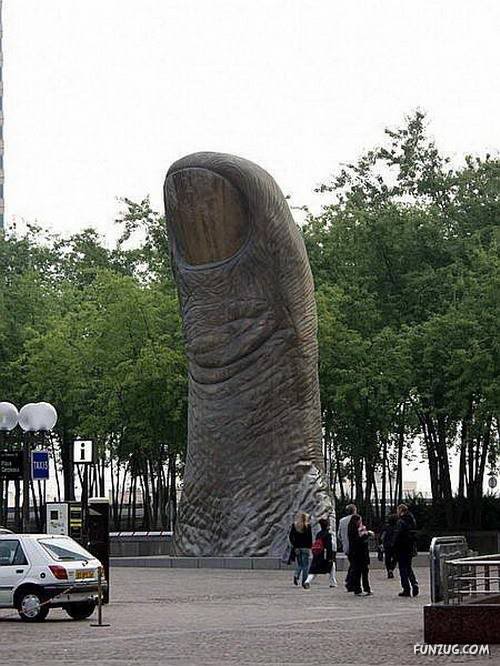 De Vaartkapoen :
Low down, a young rebel, the Vaartkapoen, reminiscent of a jack-in-the-box, topples over a policeman higher up, thus overthrowing his authority.
Location: Brussels , Belgium 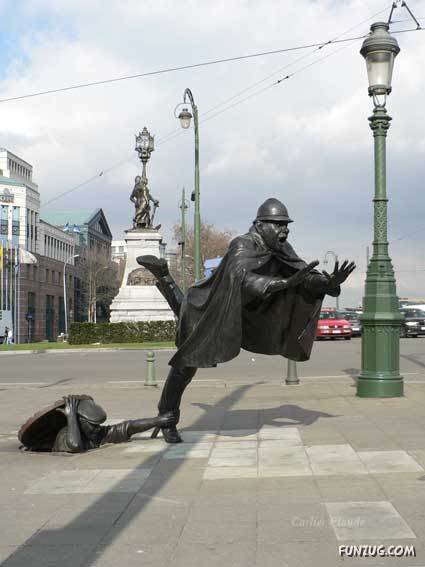 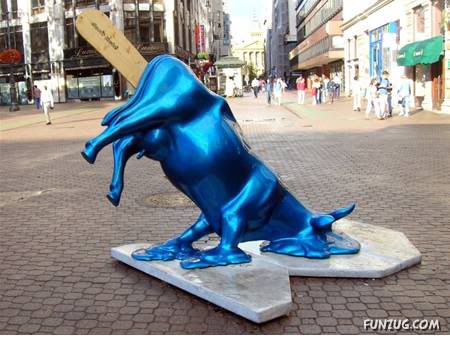 Eating a Biscuit together
Located in Seoul , Korea ,in front of the Bukcheon Museum . Sculptor is Ku BomJu.
Location: Seoul , Korea 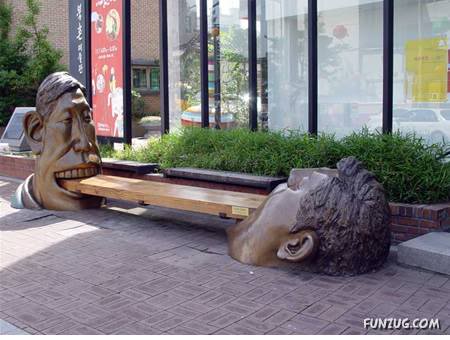 The Shark :
The Shark became the most famous resident of Headington when it landed in the roof of 2 New High Street (see map) on 9 August 1986.This ordinary home (built as a semi-detached house in about 1860 but now attached by a link to a second house to the north) suddenly became the centre of world attention, and the headless shark still excites interest today.
Location:2 New High Street, Headington, Oxford . 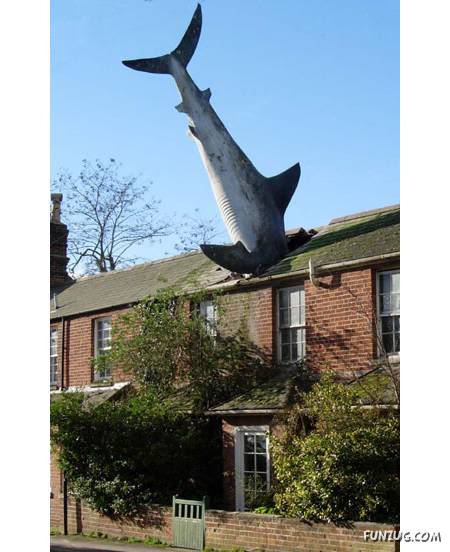 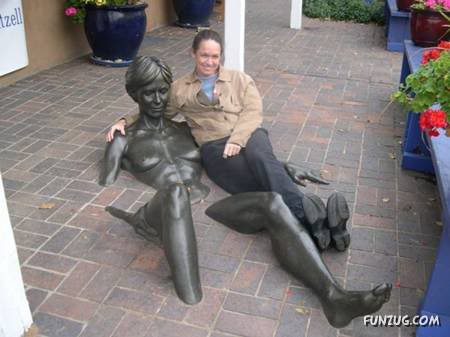 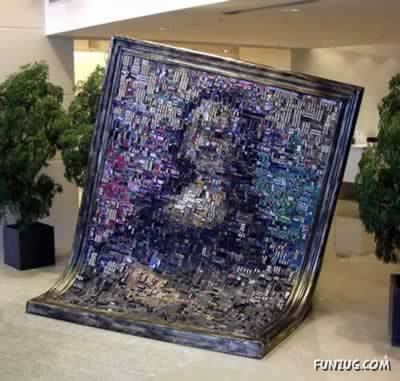 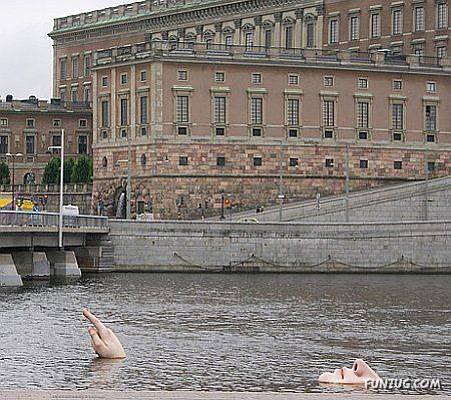 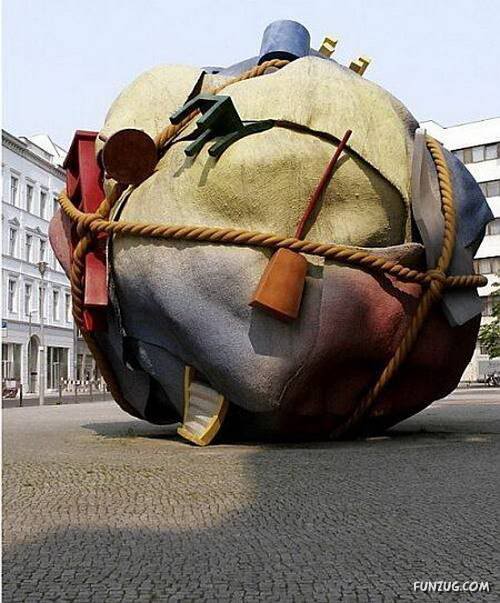 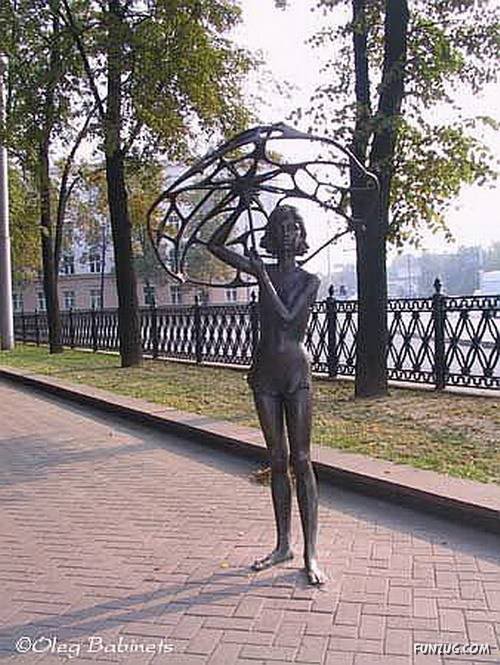 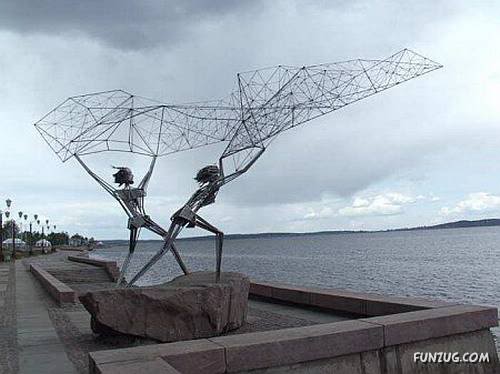 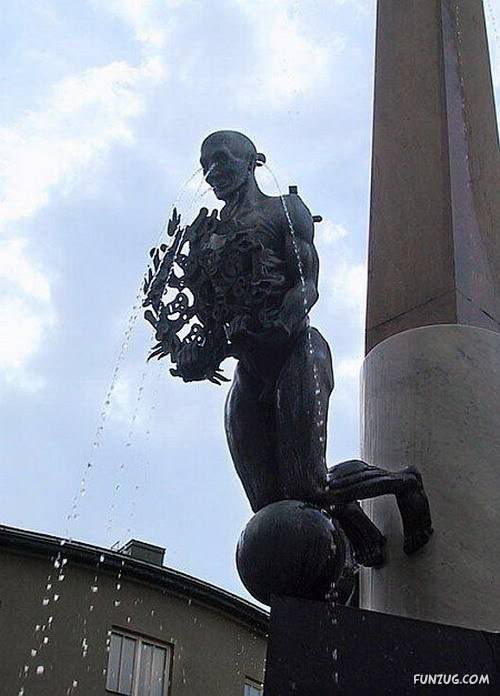 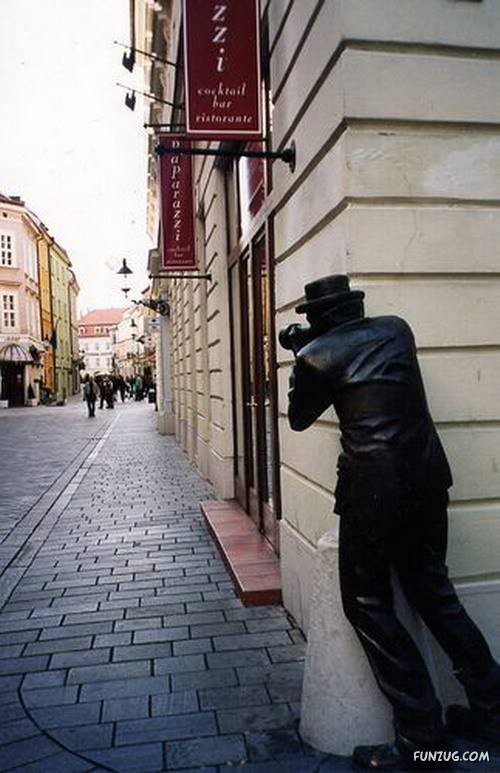 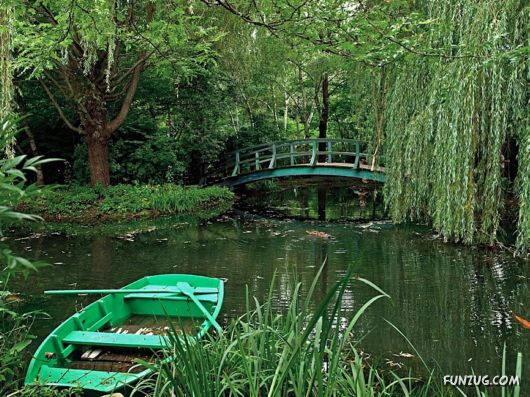 Monet’s “Japanese Footbridge” in the background 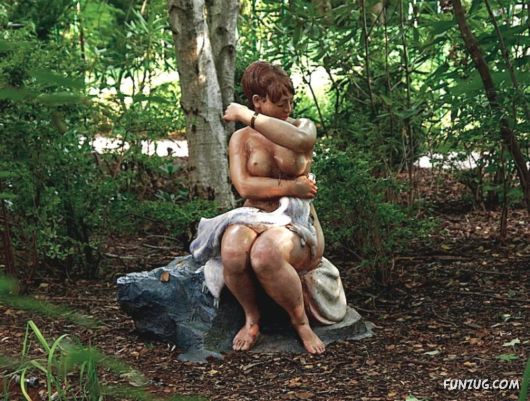 Renoir’s “After the Bath” 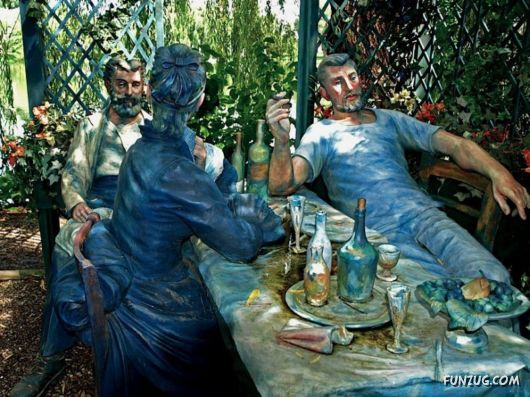 “Pondering the Benefits of Exercise” by Seward Johnson 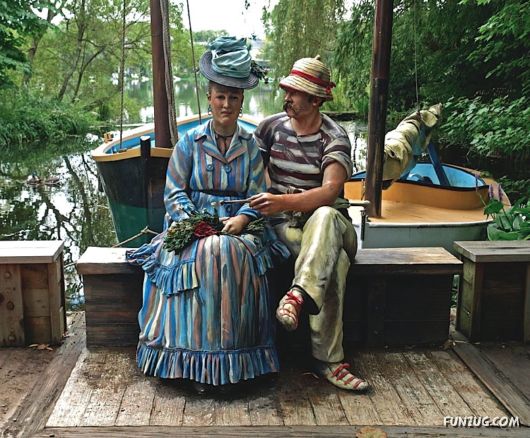 “Sailing the Seine” by Seward Johnson 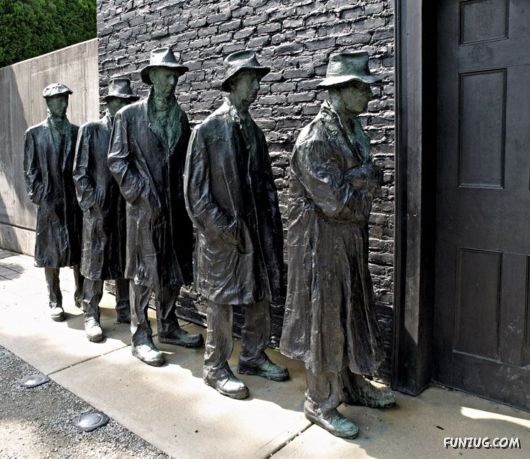 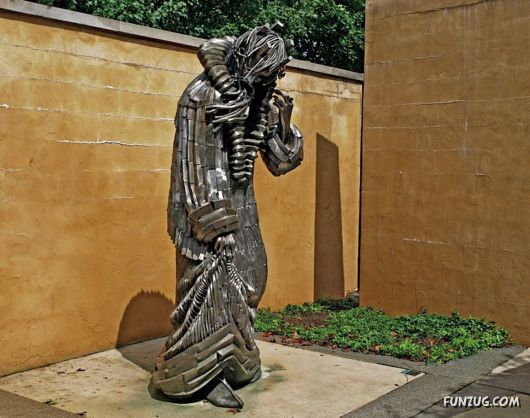 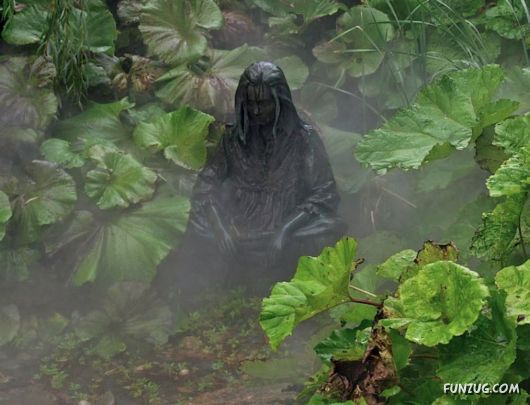 Woman in a mist 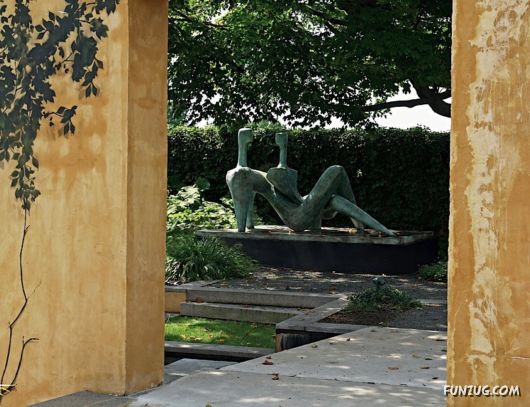