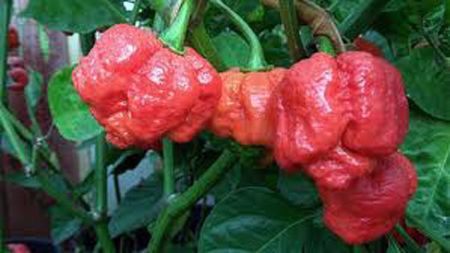 The Red Hot Chili Peppers.
For the hottest chili peppers in the world, you have to visit the Carribean. That’s Ground Zero for all of the world’s hottest peppers. Growing hot chili peppers has been an art in Trinidad for centuries. In 1912, a gentleman by the name of Wilbur Scoville developed the Scoville scale, a unit of measurement specifically used to test the hotness of chili peppers, which comes from a chemical called capsaicin. In 2007, Guiness crowned the Naga Bhut Jolokia aka Ghost Pepper as the world’s hottest pepper at 1,000,000 Scoville Units. But ever since then, there has been a race to create even hotter peppers. Currently, the record holder is the Trinidad Moruga Scorpion pepper at over 2,000,000 SHUs (Tabasco sauce about 40,0000). What does feel like? Watch what happens when a cute girl eats one. 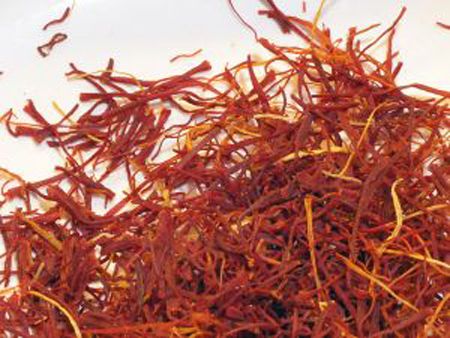 ?I’m just mad about Saffron.?
What the heck is Saffron and why is it so damn expensive? Well, first of all it’s a very colorful and flavorful spice made from the reproductive organs from a flower known as crocus sativus. It’s the spice that turns many foods yellow, including Spanish paella. Saffron ?threads? are made from these stigmas and each plant only contains about 12; it takes about 75,000 threads to create one pound of Saffron. Some of the best varieties have been known to sell for $15 a gram – as much as top-shelf marijuana. 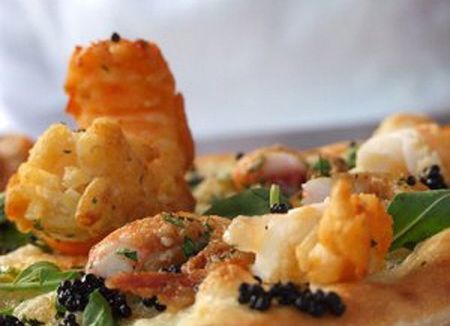 We can be here all day, arguing about the most expensive food item or restaurant, but the world’s most expensive pizza? That’s easy. The 8-inch Louis XIII, created by Chef Renato stands head, shoulders, and puffy hat above the others. It takes 3 chefs to make it and 3 days for the dough to rise. The pie itself is sprinkled with lots of exotic ingredients, including caviar, lobster, and salt hand-picked from the Murray River. The cost of this pizza is a staggering $12,000 (not including tip). The good news is he delivers… to anywhere in Italy. 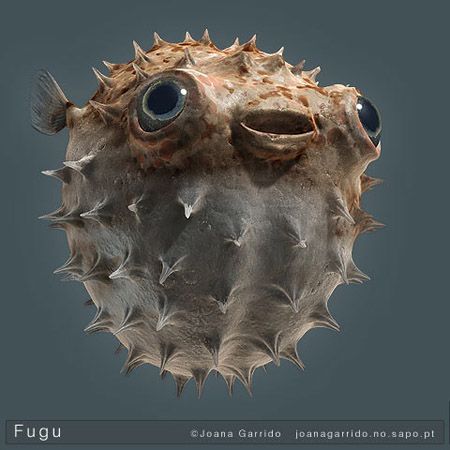 "Eat me!"
We all want to have a ?killer? meal, but this is pushing it. The deadly pufferfish fugu (?river pig? in Japanese) contains delicious meat, but also deadly tetrodotoxin. Therefore, sales of fugu are strictly regulated in Japan and the US, and banned outright in Europe. Chefs that prepare the dish have to go through rigorous training, and the liver, considered the deadliest (and most delicious) part, has been banned in Japan since 1984.

5. Most Hot Dogs Ever Eaten: Kobayashi or Chestnut? 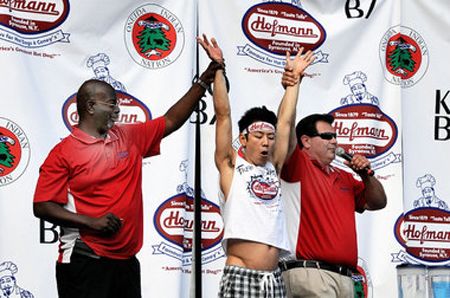 Kobayashi doing the Hot Dog Dance.
We got trouble, right here in Coney Island. Takeru Kobayashi, the flamboyant Japanese hot-dog eater technically holds the record for most hot dogs eaten in 10 minutes with 110. That beats rival gobbler Joey Chestnut, who has won the official Nathan’s Hot Dog Eating Contest every year since 2009 and whose best recorded score is 69. The problem is Kobayashi has been banned from the iconic eating event because of a dispute with Major League Eating (I’m not kidding) who are the arbitrators for such events; in 2010 a furious Kobayashi attempted to storm the Nathan’s stage. Kobayashi is desperate for a rematch in a sanctioned event, to prove his superiority. In spite of the offer, Chestnut has yet to, um, bite. 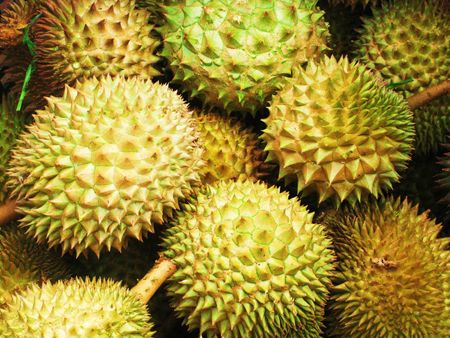 Durian Durian
Love it or hate it, you have to admit it’s pungent. The Durian, with its spiny outer shell has tender juicy innards that some call a delicacy. But most people just think it smells like fetid puke. In fact, it’s even worse: according to the video below, the smell of the Durian is 4 times worse than rotten eggs, smelly shoe with dog sh*t, and puke COMBINED. 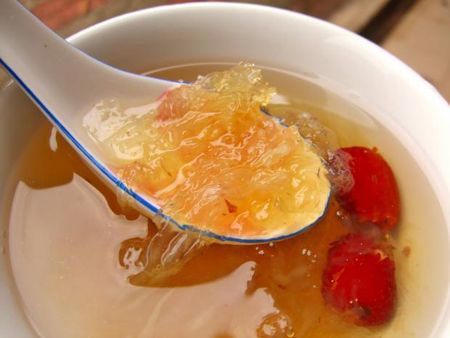 Mmm… bird spit…
Bird’s nests have been eaten as food in China for over a thousand years, and bird’s nest soup is amongst its favorite delicacies. The nest-of-choice is built by a Southeast Asian Swiftlet, who creates their tiny nests out of their saliva. You read it right, bird’s nest soup should better be called bird’s spit soup, but I guess it doesn’t have the same ?ring? to it. Because of the dangerous nature of harvesting the nests (the swiftlets build them in hard-to-reach coastal caves), the soup can cost from $30-$100, and a kilogram of the nest can reach $10,000.

Tonight we’re gonna eat like it’s 1999…
No, not the world’s oldest recipe, as that is somewhat contentious. This is the world’s oldest existing piece of ?food? – a McDonald’s hamburger. This burger was bought in 1999 by David Whipple, a Utah resident and still exists today, looking like it just came off the rack. He says he purchased and kept the burger to show his friends how ?preservatives and enzymes worked in keeping junk food looking good.? Um, yum? 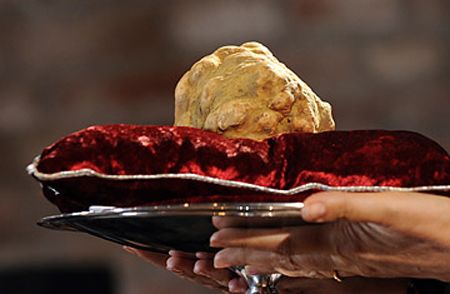 The World’s Most Expensive White Truffle
There are truffles, and then there is the White Truffle, its most elusive and expensive cousin. It’s grown in only small area around the Piedmont region of Italy during a short gestation period that is getting shorter every year due to climate change. The White Truffle is a mushroom that can not be grown in greenhouses or replicated genetically. It can only be dug up by pigs or dogs. Its scarcity has driven up the price. In 2009, the White Truffle pictured above sold for $150,000.