Search
Menu
Search
1. The man who proposed at Gravity Zero 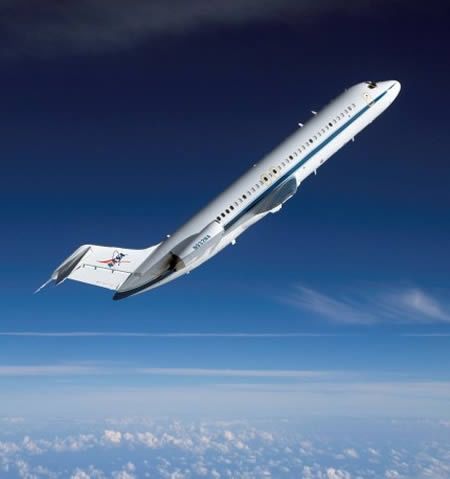 Graciela Asturias, a 27-year-old architect from Manhattan, got a very unique birthday present when her now fiancé proposed to her a thousand feet above the ground while floating in an airplane cabin.

To celebrate Asturias’ birthday, the couple boarded a specially designed Boeing 727 aircraft that creates the experience of microgravity during four-five minute plunges as it flies up and down between 24,000 and 35,000 feet, allowing the passengers to experience a near zero gravity effect. While Alex and Graciela were floating in the cabin, Alex popped the question. Alex was a bit worried that while in zero G, the ring might float away but luckily everything worked out. Graciela not only received a great birthday present but they experienced an amazing proposal, a love so strong, unbound by gravity itself.

The couple plan on spending their ten year anniversary in orbit.

2. The man who proposed virtually at Halo video game 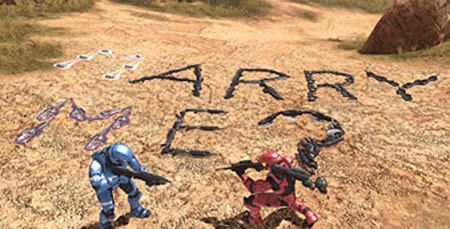 In November 3, 2007 Moviesign (his username) made a Forge map in Halo® 3, and set up what his girlfriend of over two years (Furtive Penguin) thought was going to be a two-on-two match with his friends. After they started the game, Moviesign led Furtive Penguin to a spot where he claimed he’d left an energy sword.

Instead there was a nice top-down view where he had spelled out a proposal using weapons. He then asked her to be his teammate for life.
Furtive Penguin and Moviesign recently moved from Indianapolis to Chicago where she (Penguin) is a copyeditor and he (Moviesign) is a graphic designer. They haven’t set a wedding date yet. As Furtive Penguin said, ?We’re waiting to see what the release date is for the next Halo game. We don’t want any conflicts.?

3. The man who got on fire before kneeling down and proposing

Todd has some interesting friends. One in particular is well-known stunt man Eric Barkley who’s done many human-torch fire jumps. Todd devised a plan to not only entertain family and friends at their annual 4th of July family reunion but to also propose to his girlfriend Malissa.

With Eric’s help, Todd set up a stunt to launch himself off a platform above a swimming pool while being completely engulfed in flames. Eric dressed him in the appropriate fire-retardant attire, with flaming cape and all. Eric fashioned a torch out of an aluminum pole and with Todd ready to jump from the platform over the pool, Eric lit Todd’s cape on fire and seconds later he became complete engulfed in gasoline induced flames. Todd ran off the platform in a breath-taking display of dangerous excitement. The burning man soared through the air against the night sky and landed in the pool, extinguishing himself from the fiery blaze.

Todd surfaced and pulled off his hood, walked over to Malissa and got down on one knee. "Malissa, you make me hot. I want to get the point across that I’m on fire for you", said Todd. Malissa was laughing from the excitement and insanity of the whole display until Todd pulled out the ring and popped the question.

"Will you marry me, Malissa?" Todd placed the ring on her finger. "Yes!" she exclaimed.

4. The man who proposed at 20,000 feet just before skydiving 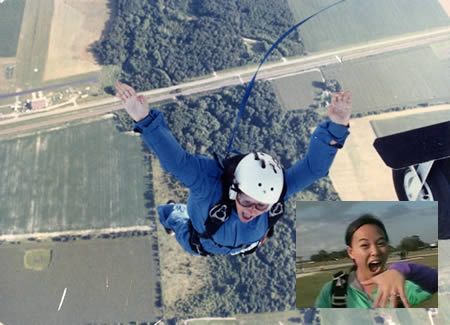 When it comes to marriage, men traditionally have a big responsibility — the proposal — and they’ve got to make it memorable. And that’s exactly what Mateo Martinez did. Martinez popped the question at 20,000 feet just as he and his girlfriend were about to sky dive.

"There is no better way to get your heart rate up than jumping out of a plane and proposing to your girlfriend," Martinez said.

5. The man who raised money on the internet to buy TV ad space to propose 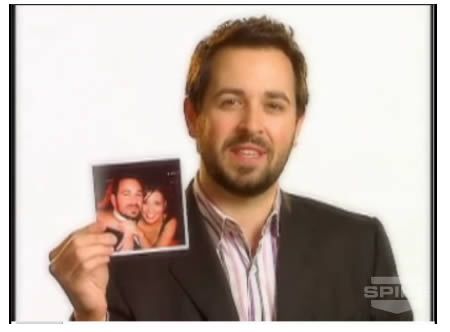 Rand had been dating Geraldine for about 5 years and the time had come for Rand to pop the question. Rand wanted to propose in a genuine, unique, and completely romantic way, equal to the love he felt for Geraldine. Being a major NFL fan, Rand began to play with the idea of proposing via a Super Bowl commercial. Obviously the task would be monumental but luckily Rand works within an industry that may make the idea work. Rand works within search marketing, specializing in search optimization, online viral marketing, and things of this nature. Rand started on his idea in late August of 2006. He put together a website and started working his magic. Rand started to draw a lot of attention online. On his website he posted his game plan, the hurdles that lie ahead, and the solution he needed to execute the Super Bowl commercial proposal.

Rand found that in order to purchase ad space during the 2007 Super Bowl, he would have to raise approximately $2.5 million dollars. He put up a good chunk of his own cash and waited for the donations to pour in. By February 1st, just 3 days prior to the Super Bowl, Rand had only collected $85K. The wedding invitations would be covered but unfortunately this was not nearly enough for the Super Bowl ad space. His proposal publicly gained the attention of Entertainment Tonight, MSNBC, Good Morning America, and Fox News just to name a few. Despite all of this, CBS was unwilling to part with the valuable ad time for a mere $85K. Rand did the next best thing and purchased local ad time during Geraldine’s favorite television show Veronica Mars. On February 6th at 9:23 PM, as Geraldine was watching the show, Rand’s ad came on the screen, asking Geraldine to marry him. She said yes! Her response was genuine, sweet, and very romantic.
Rand donated the remaining money raised to the Vanderbilt Children’s Hospital.

6. The man who hacked his Girlfriend’s computer game to pop the question

A US man has been credited with the ultimate nerd wedding proposal after hacking into his girlfriend’s favorite video game. Bernie Peng, 26, of New Jersey, reprogrammed Bejeweled so a ring and a proposal popped up when Tammy Li, 27, reached a certain score.

Mr Peng, who works as a programmer of financial software, spent about a month reprogramming the game. He presented the game to a surprised Li, who played until she hit the score that triggered a digital pink sapphire ring to drop down with Peng’s proposal.

According to Li, he set a pretty low score; she is now sporting an identical pink sapphire engagement ring. The story was picked up by video gaming sites and spread across the internet until the manufacturer eventually heard about it. Instead of being angry that Peng had hacked into their game, company officials were so impressed they offered to pay for part of the wedding.

7. The man who popped the question with umbrellas

Sean Palmgren won a contest run by GroomGrove.com and Platinum Guild International for his most unique proposal to his girlfriend Betsy. He caught hold of friends and family and got them to carry umbrellas in a park. What he had done was to paint a letter on each umbrella. He then convinced his soon to be fiancé to take a walk in the park. Upon the finish of the three mile walk around the lake they proceeded to walk towards a line of people all holding an umbrella right above their heads.

Besty was very intrigued on what was going on and wanted to take a closer look. About 100 feet away, someone counts 1-2-3 and everyone flips their umbrella over to spell out the infamous ?WILL YOU MARRY ME?? Betsey starts looking around saying, ?Oh my gosh, someone is getting engaged!?

When she saw him on his knee she knew the proposal was for her and said Yes.

8. A camera man who asked Tom Cruise to pop the question 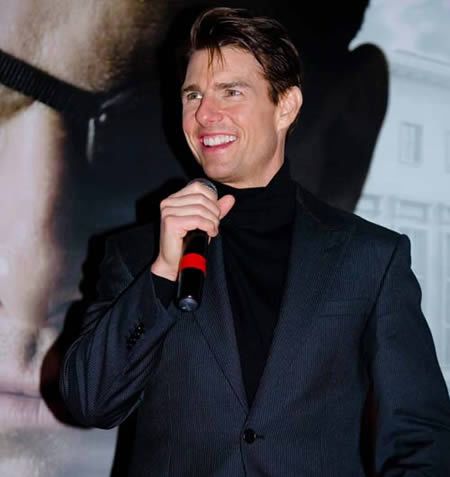 In 2004, Tom Cruise appeared on Portuguese television to ask a woman to marry her boyfriend. Cruise asked the factory worker, named only as Sonia, to marry cameraman Joao Martins. He’d filmed the actor at the Spanish premiere of The Last Samurai. In a clip shown on state channel RTP, Cruise said: "Sonia, you have to marry Joao. Please marry Joao. He is crying behind the camera." His girlfriend accepted the proposal. Martins, who works for RTP, was on the phone to his girlfriend when the marriage proposal was aired.

Cruise also joked in the footage they should name their children after him. 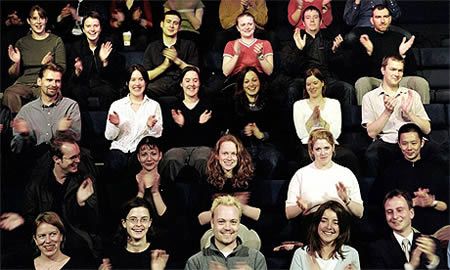 A lovestruck tycoon hired an entire theatre company so he could star in a play and give his girlfriend a proposal she’d never forget.

Gennady Zaleskiy, 38, paid £10,000 to have the play The Romantics staged in Zaporozhie, Ukraine, with him as the leading man. He then arranged for his theatre-fan girlfriend to have a seat at the show on a girls’ night out with friends. He appeared on stage in a mask where he was supposed to declare his love for his leading lady. Instead, he turned to face his girlfriend in the audience and said: "No, the woman I love is called Victoria and she is in the
The bride? She said "Yes!"

10. The man who created an art exhibition to pop the question 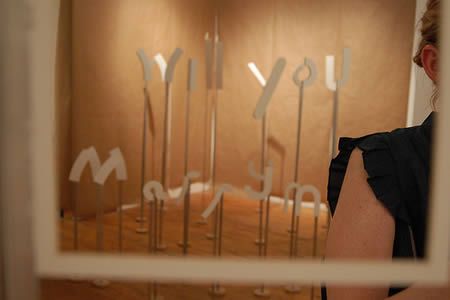 Over a four day period George spent a total of about 24 hours constructing what would soon become his engagement proposal to his girlfriend Sara.

Wishing to create a proposal and art piece all in one that would be elaborate and meaningful George, an industrial designer, sat down at his computer and designed the piece in a 3d program, then laser cut foam core to create the different pieces that would form the words, ?Will You Marry Me.? Putting in even more thought, he named the art piece ?My Early Muir Owl? which is an anagram of ?Will you marry me.? He then brought in an actor who he dubbed ?Serge Gandaora? who played the part of the artist for the night. (?Serge Gandaora? is an anagram of ?George and Sara?)

When ?Serge? asked Sara to view the art installation through a carefully placed frame, George dropped down to one knee beside her and as the words took shape before her eyes she came away with a clear yes and a ring on her finger.