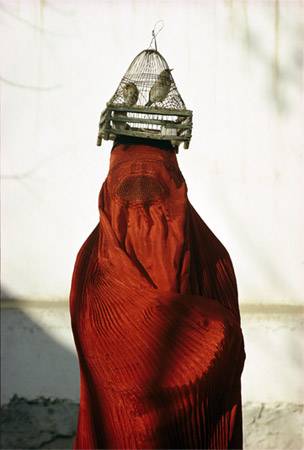 Spanning almost a century of global upheaval and riveting human drama, the book Odysseys and Photographs follows the careers of Maynard Owen Williams, Volkmar Wentzel, Luis Marden, and Tom Abercrombie?a stellar quartet of National Geographic photographers who used their cameras to record a truly remarkable era. See some of the book’s most striking images in this gallery, and read what the photographers themselves had to say.

"Denied face and form by age-old custom, a woman of Kabul secludes herself in a sleeveless silk chadri; a pair of Old World goldfinches rides home from the market on her head. Reflecting the forces of change at work in the land, Afghan law no longer requires the chadri, whose pleats echo a style of centuries ago."
?Thomas Abercrombie
National Geographic magazine, September 1968 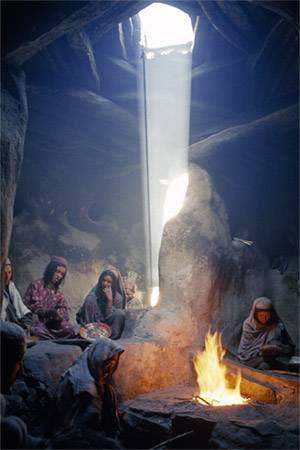 "I have been spoiled by hosts all over the Middle East, but in the art of hospitality no one excels the Afghans. With their fire crackling, the women prepare to bake nan, an unleavened bread of rough-milled flour that serves as an Afghan mainstay."?Thomas Abercrombie
National Geographic magazine, September 1968 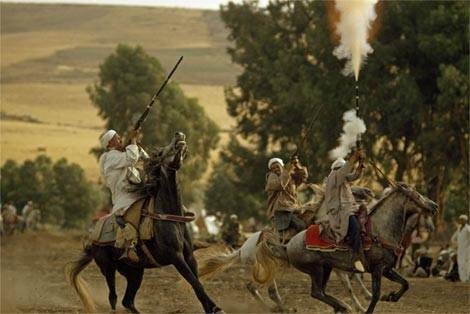 "A dozen turbaned riders, twirling and firing their musket-loaders, screamed across the plain full-bore toward us. I looked for a place to jump.?In Morocco, traditional ways often march hand in hand with progress; this celebration marked the opening of a new hospital in the little town of Rommani, south of Rabat."?Thomas Abercrombie
National Geographic magazine, June, 1971 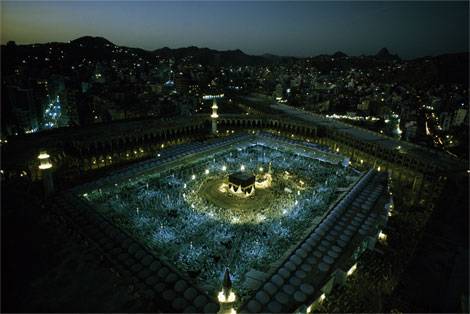 Emotions at a fever pitch, a quarter of a million Muslims jam Haram Mosque in the holy city of Mecca to pay homage to Allah. In a milling mass, those in the center?blurred in this time exposure?circle the black-draped Ka’ba, most sacred of Islamic shrines. As a Muslim, author-photographer Thomas Abercrombie obtained rare permission to photograph this annual pilgrimage.
National Geographic magazine, January, 1966 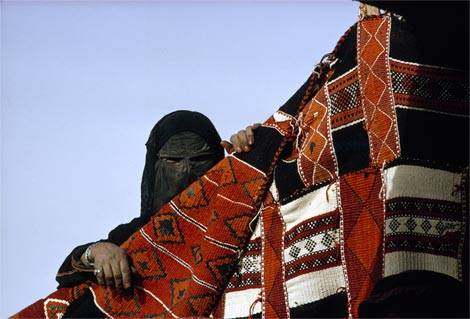 A Bedouin woman peers through a slit-eyed veil. Henna stains her work-worn hands. Patterned drapery on the tent, hand woven from dyed wool and goat’s hair, partitions off the harem. 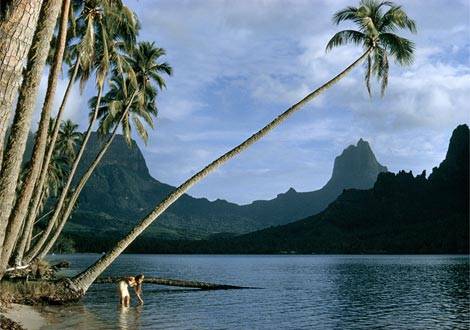 "No matter if one never set out for Tahiti, the Isle of Illusion was always there, somewhere beyond the horizon, far away and approachable only by sea, the golden dream of everyman."?Luis Marden
National Geographic magazine, July, 1962 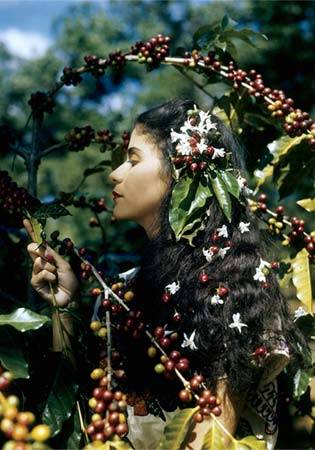 "Coffee, their ‘grain of gold,’ looms large in the daily life of the people of El Salvador.? I tasted a liqueur made from coffee beans, saw sheets of plastic made by pressing vellum-like sheaths of the coffee bean with binders, and even sniffed perfume extracted from sweet-scented coffee blossoms."?Luis Marden
National Geographic magazine, November, 1944 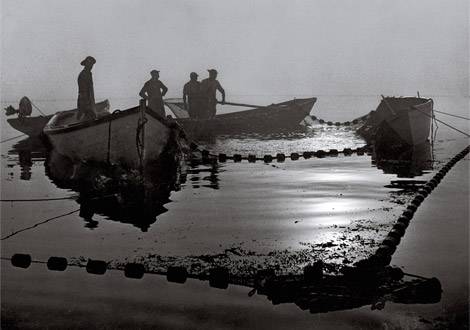 "On a boat cruising down east, sardines are scooped out of the holding seine at Eastport at dawn. ‘Sardines’ may be any of several species of fish; in Maine they are usually small herring. Fish are penned in nets until the boats are ready to load. The fish are taken a short distance to canneries which work round the clock, according to the time of the catch."?Luis Marden 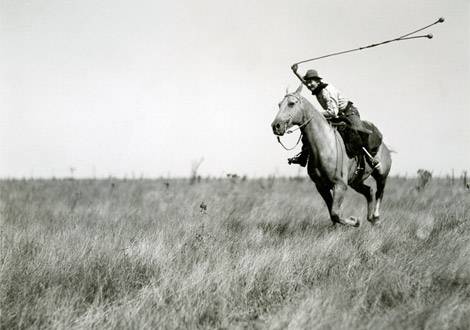 "A ranch hand, equivalent of the old gaucho, rides after an ostrich, swinging three-thonged and weighted baleadoras. Note how only the toe of the boot is in the stirrup iron. In old times, the gaucho often rode with only the great toe of the bare foot in a metal ring."?Luis Marden 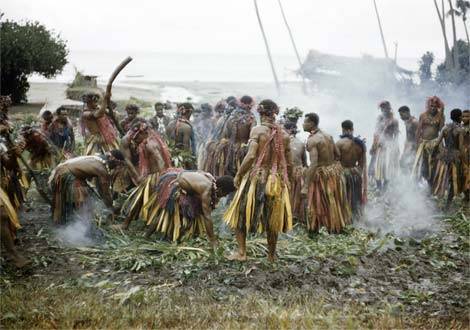 "Of all the ceremonies I witnessed in Fiji, the most curious was the fire walking, as performed on Mbengga. I accompanied the governor of Fiji, Sir Ronald Garvey, on a visit to Mbengga.?’Talking with a small devil,’ the brawny fire walkers remain secluded all night in a hut. Then, at a signal, they come out and walk across the pit of red-hot stones. Immediately their assistants throw damp leaves on the rocks. Hissing clouds of steam and the chants of performers heighten the eerie effect."?Luis Marden
National Geographic magazine, October, 1958 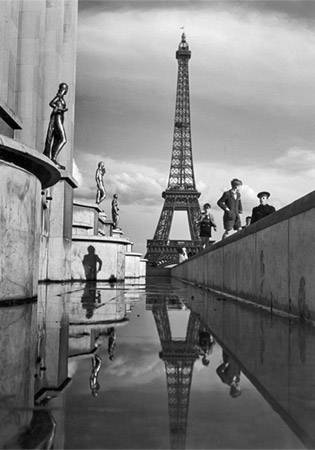 "Statues and children frame the Eiffel Tower and its watery image. When the Germans occupied Paris, they housed a beacon light in the Tower to guide their night planes. The victorious United States Army requisitioned this landmark as a radar transmission point."?Maynard Owen Williams
National Geographic magazine, December 1946 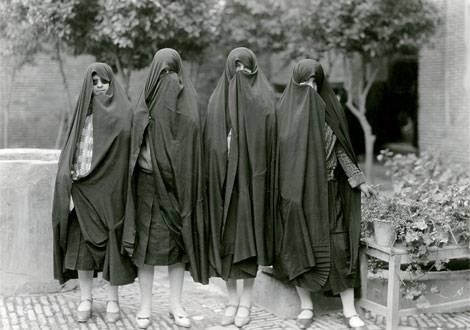 "With the exception of their veils, these girls look, dress, and act like American girls, an interesting sidelight on the New Persia."?Maynard Owen Williams
National Geographic magazine, October, 1931 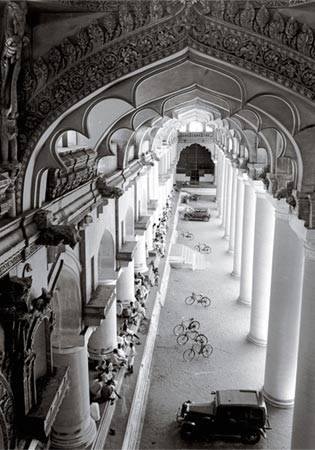 Petitioners and witnesses in Madras, India, sit on the steps outside the law courts, established in the former Tirumala’s palace.
Photograph by Volkmar Wentzel 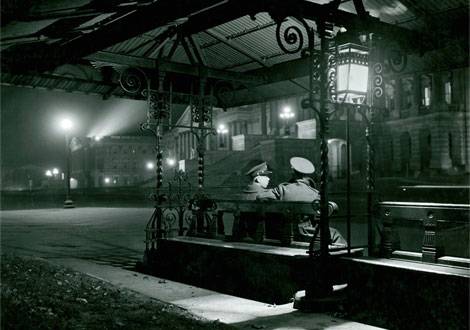 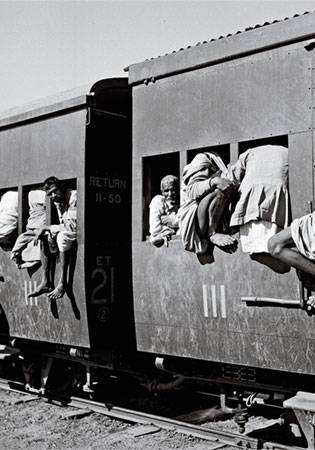 "Indians love to travel with their families, and they bring along everything including the kitchen and cooking utensils. Third-class coaches are always filled to capacity with people literally hanging out of the windows."?Volkmar Wentzel 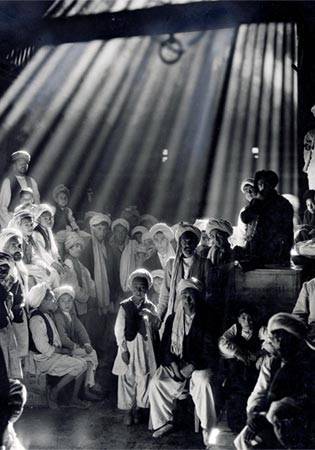 "Although speaking neither Pushtu nor Persian, I had no guide or assistant.? It was necessary, first, that my desires be understood and second, that my volunteer models do a Christian a favor.? Since I could make no verbal pleas, those who remained motionless for a three-second exposure must have been intelligent enough to know what I was doing, cordial enough to help, and sufficiently free from the jitters so that they would not unconsciously blur the photograph."?Maynard Owen Williams
National Geographic magazine, October, 1931 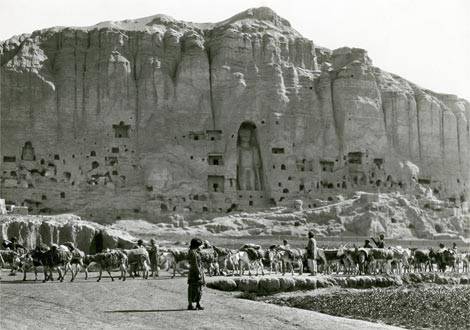 "If one sits on the head of the Great Buddha and looks across the green valley, framed by the arch of the grotto and dotted with fort-like manors that are almost tiny villages, he has a view and a sensation of rare beauty."?Maynard Owen Williams
National Geographic magazine, October, 1931