Victoria Falls is on the border between Zambia and Zimbabwe. It is 360 feet tall. At the top is a natural rock pool, called Devil’s Pool, where the water is relatively calm. From September to December, when the water level is low, you can swim in Devil’s Pool. The pictures are bound to make you just a little nervous. Or a lot. 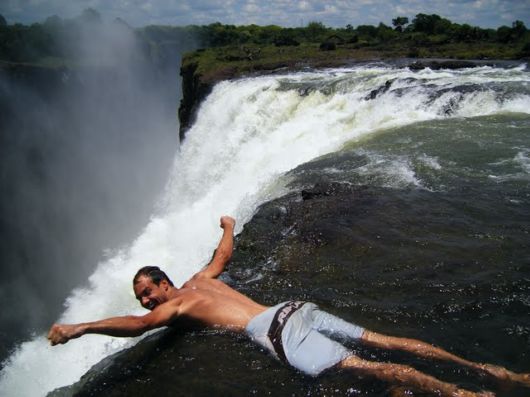 It may look insane, but the guy at the picture is not a Photoshoped silhouette placed over a fake landscape. He’s swimming at the Devil?s Pool, a natural rock pool at the very top of the Victoria Falls, at Zimbabwe, with a height of about 100 metres. 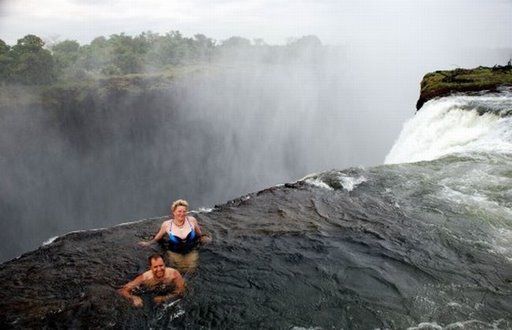 The Victoria Falls is a waterfall situated in southern Africa between the countries of Zambia and Zimbabwe. From September to December, due to low water levels, it is possible to swim at the edge of the falls in a naturally formed safe pool, accessed via Livingstone Island.

From Virgin Media : ?Life on the edge swim; … a small jump (what felt like the leap of death) lands you in a small rock pool at the edge of the Falls. As you stand this close to such raw, natural beauty, you can barely hear yourself screaming above the sound of the water rushing down while adrenalin pumps through your body turning it into a shaking, excitable mess. You realise why the not-eating-before-swimming rule has always stuck". 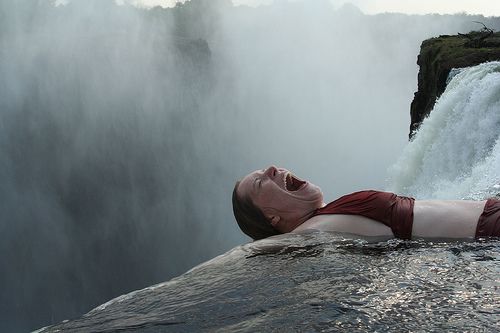 From Wikitravel: You will have the opportunity to stand in shallow water, 2 inches (literally) from where the water gushes over the edge of the falls, and swim in Devil’s Pool, a reasonable current-free pool a couple of feet from the top of the falls, close enough to lean over the edge. This makes fantastic photo opportunities with a permanent rainbow from the mist of the falls behind you". 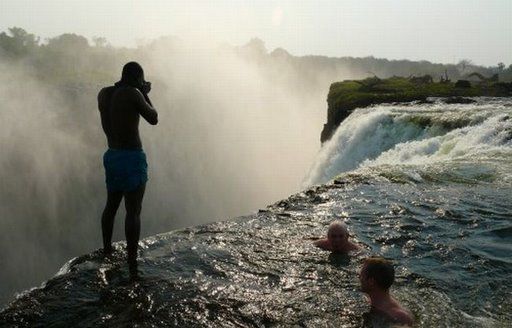 As you can see, pictures taken by Flickr users show smiling families and groups swimming at the pool. No one of them seem to be scared, they’re just having a good time. 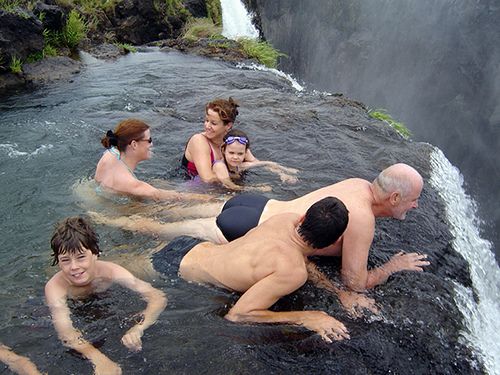 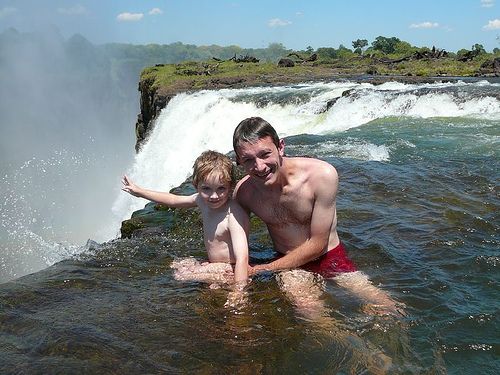 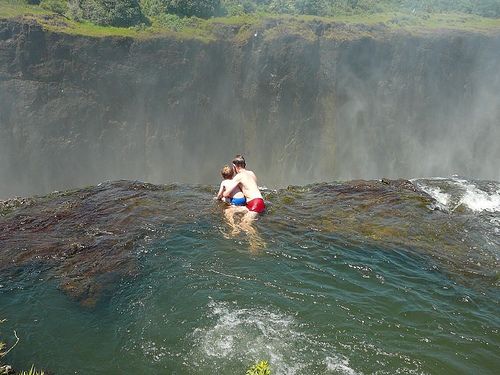 Many of you may think it is a trick. Well, another Flickr user took pictures from the other side, and this is the result ("Putting the maniacs into context" – he says): 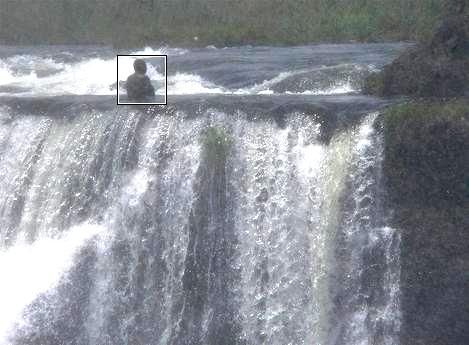 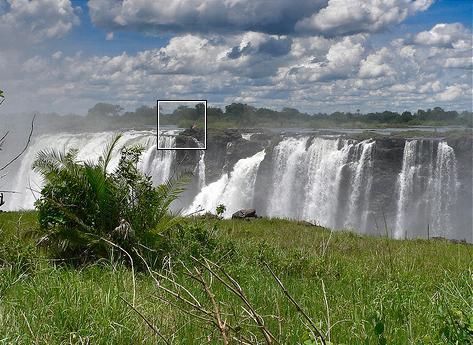