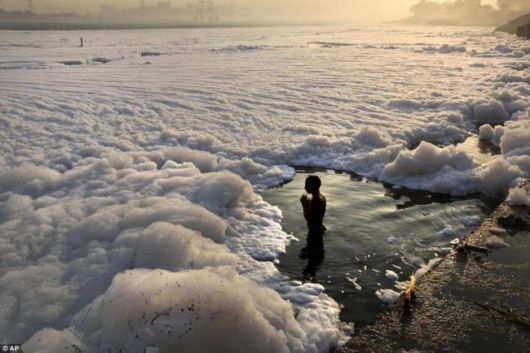 At first glance these beautiful images appear to show a frozen river caked in fresh snow.

But these photographs actually reveal the shocking extent of pollution of the Yamuna River in India that has caused a thick layer of foam to completely cover it. 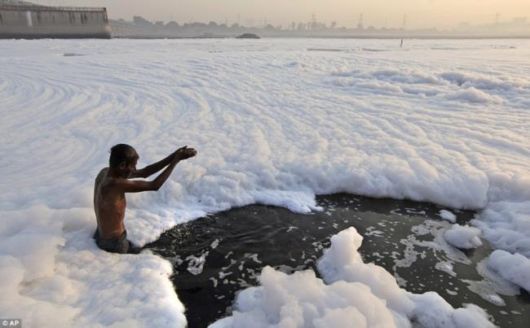 Parts of the Yamuna are now described as a ‘dead river’ meaning the pollution level is so bad that there is not enough oxygen in it for fish or other marine life to survive. India has spent almost £200 million on unsuccessful schemes to clean the river, which is revered by Hindus and still plays an important role in many religious ceremonies. 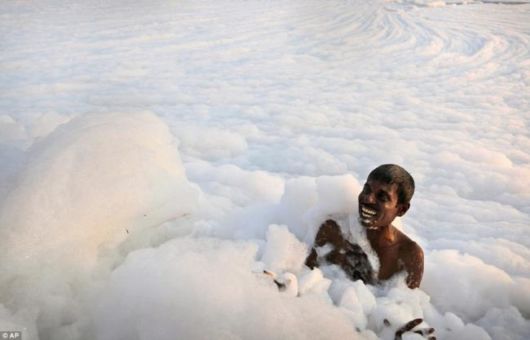 Most of the pollution is centered around Delhi where 18 drains dump 600 million gallons of sewage in the river every year.

As well as industrial waste from local factories, locals also wash their clothes and utensils in the river. 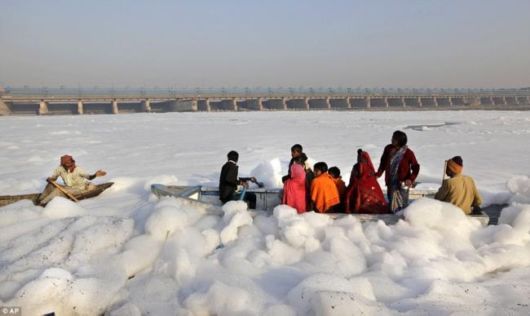 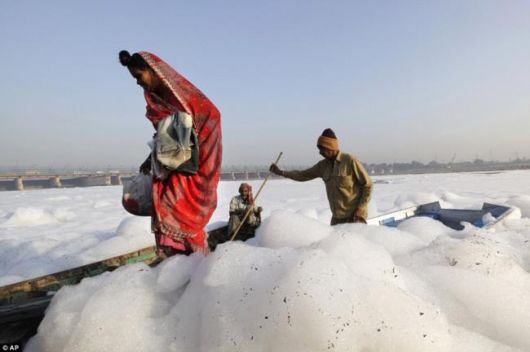 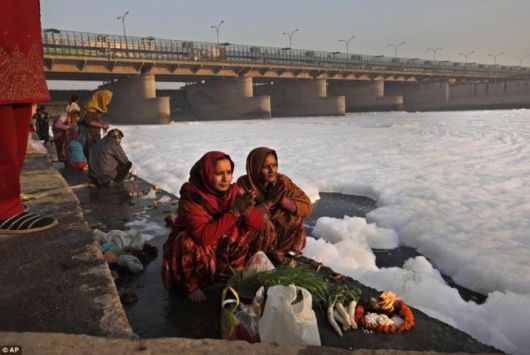 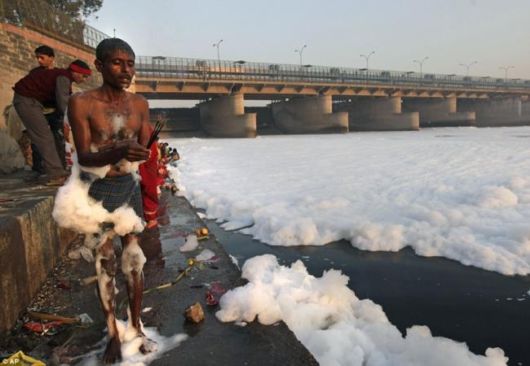 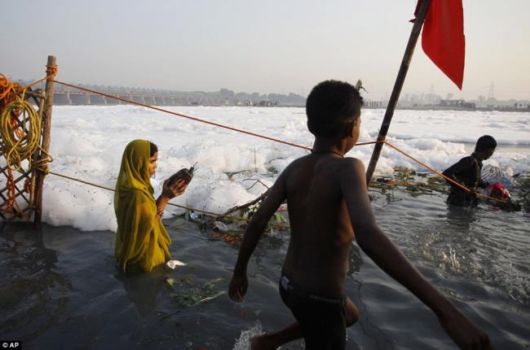 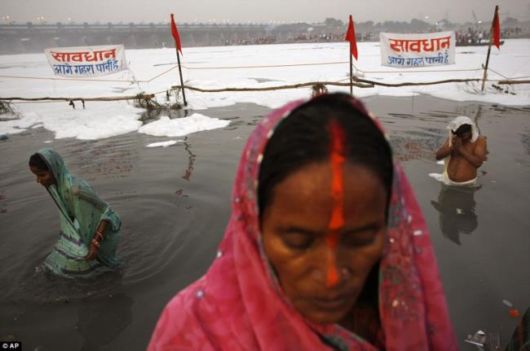 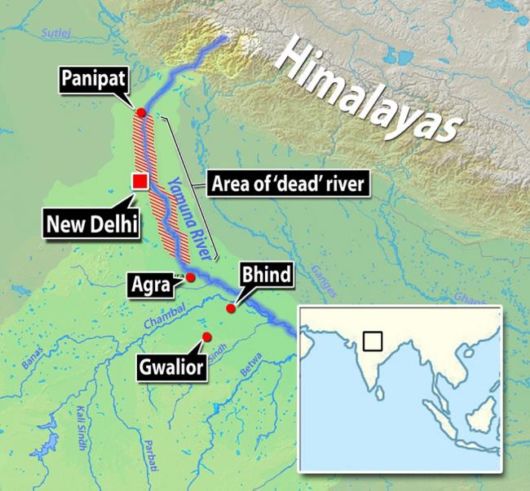