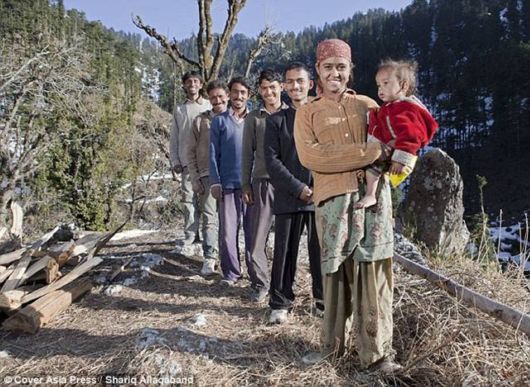 Happy family: Five brothers (L-R) Sant Ram Verma, 28, Bajju Verma, 32, Gopal Verma, 26, Guddu Verma, 21, and Dinesh Verma, 19, with their shared wife Rajo Verma, 20, and their son Jay Verma. The set-up may seem peculiar, but it is tradition in the small village near Dehradun, Northern India, for women to also marry the brothers of their first husband. She told the Sun: ‘Initially it felt a bit awkward. ‘But I don?t favour one over the other.’ Rajo and first husband Guddu wed in an arranged Hindu marriage four years ago. Since then she has married Baiju, 32, Sant Ram, 28, Gopal, 26, and Dinesh, 19 – the latest in the line of husbands – who married her as soon as he turned 18. ‘We all have $ex; with her but I?m not jealous,’ first husband Guddu – who remains the only official spouse – said. ‘We?re one big happy family.’ 03 images after the break… 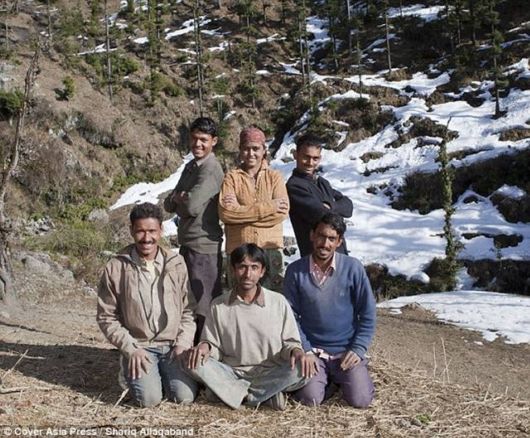 Tradition: The set up may seem peculiar, but it is custom in the small village near Dehradun, Northern India, for women to also marry the brothers of her first husband. 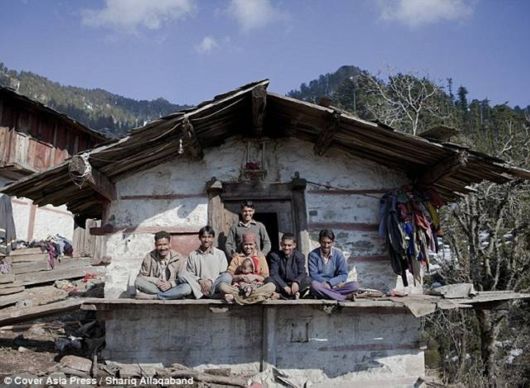 Wife: They sleep together in turn, but that they do not have beds, just ‘lots of blankets on the floor’. Rajo does not know which of the brothers is the father of her son. 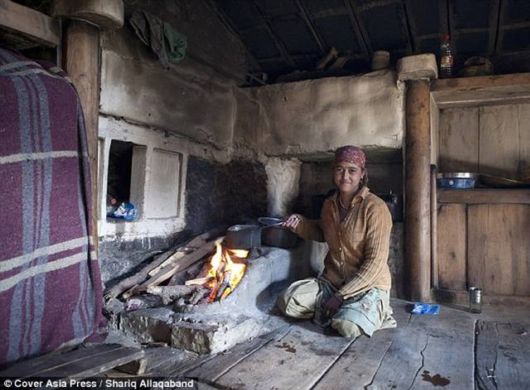 Housewife: Rajo said she got a lot more attention and love than many other wives.

The ancient Hindu tradition of polyandry was once widely practiced in India, but is now only observed by a minority. It sees a woman take more than one husband, typically in areas which are male dominated. In fraternal polyandry the woman is expected to marry each of her original husband’s brothers. It is thought to have arisen from the popular Sanskrit epic of Mahabharatha, which sees Draupadi, daughter of the King of Pancha being married to five brothers. The practice is also believed to be a way of keeping farming land in the family. It is most commonly found near the Himalayas in the north of the country, as well as in the mountainous nation of Tibet. While the advance of modernity has seen the archaic practice largely die out in most areas, the shortage of women in countries such as China and India has helped keep it alive as a solution to young men’s difficulties in finding a wife. Rajo said she knew she was expected to accept all of her husbands, as her own mother had also been married to three brothers. She said they sleep together in turn, but that they do not have beds, just ‘lots of blankets on the floor’. She added: ‘I get a lot more attention and love than most wives.’