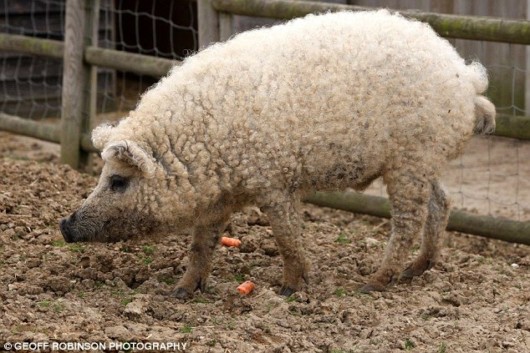 At first glance, with its woolly coat, onlookers would be forgiven for mistaking this creature for a sheep. However, a closer look at this rare breed reveals a snout and trotters usually found on pigs. It?s a confusing sight, but this is one of three curly coated Mangalitza ?sheep-pigs? which have been delivered to a UK zoo. More images after the break…

Pig in a blanket: Buddy, one of the Mangalitza sheep-pigs that have been delivered to a zoo in Essex, As part of a programme to help save the animals from extinction, staff at Tropical Wings in Essex are hoping they can help the breed survive.Originating from Austria and Hungary, the Mangalitza is similar to the native Lincolnshire curly coat breed which died out in Britain 40 years ago. ?At first sight, people think they are sheep,? Denise Cox, education co-ordinator, at Tropical Wings, said. ?It is not until they turn around and you see their faces and snouts you realise they are in fact pigs. 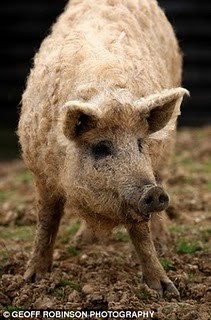 ?The woolly coat makes them very hardy and helps them to survive in the harsh winters in their native Austria and Hungary. ?In the summer it helps protect them from sunburn.? The sheep-pig used to be a common sight in Lincolnshire and was shorn once a year to make sweaters, but it became extinct in Britain in 1972. In the early 1900s, many Lincolnshire curly coats were sold to Austria and Hungary where they were crossed with the Mangalitza, creating the Lincolista. Three years ago this cross-breed were found thriving in Austria and a small number were brought back to create a herd in Britain. Now offspring from this herd have gone to Essex to form part of a programme to prevent the breed from disappearing. They are worth around £1,000, five times the value of an ordinary pig and are fond of fruit and the odd tipple. Blond-haired male, Buddy, black-coated female, Porsche, and ginger Margot have already attracted lots of interest from visitors. ?Although there is a small amount of genetic DNA in there, they are in a small way linked to Lincolnshire curly coat,? Ms Cox added. ?It?s extremely rare, particularly in its native Hungary and Austria. ?We want to show people what these native woolly pigs used to look like and ensure the breed remains in this country and survives. ?They have already become a real talking point at the zoo and everyone loves them.?

Ms Cox said there was a possibility Porsche could already be pregnant. ?Her tummy looks much rounder than the other female, so we?re keeping our fingers crossed,? she said. 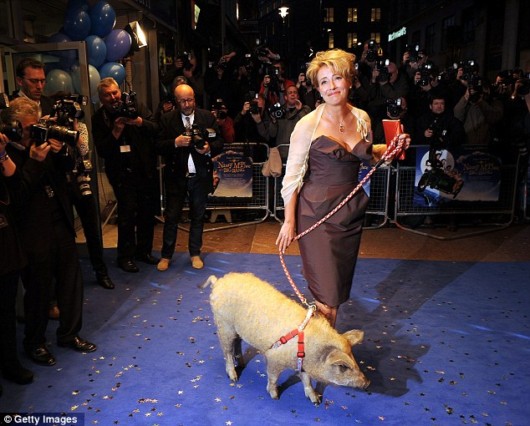 Spotlight: Emma Thompson takes a sheep-pig to a world film premiere at the Odeon West End in London
Mangalitza pigs are much hardier than normal pigs and moult in the summer to prevent them getting too hot. Unlike normal commercial pigs they do not get sunburnt. Hair from the pigs is particularly popular in the U.S. as it retains air bubbles under water making it ideal for tying fishing flies. They come in three colours, bright red, blonde and black with a cream stomach and they are lardier than most breeds, making them perfect for Parma ham-style cuts. Sheep-pigs hit the headlines last month after Emma Thompson took one to the London premiere of her latest film Nanny McPhee And The Big Bang. The actress was nearly upstaged by the animal – which refused to pose for the cameras and was so startled by the screaming fans it relieved itself at the entrance to the Leicester Square cinema. 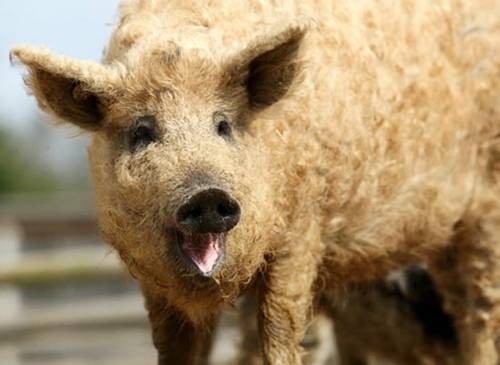 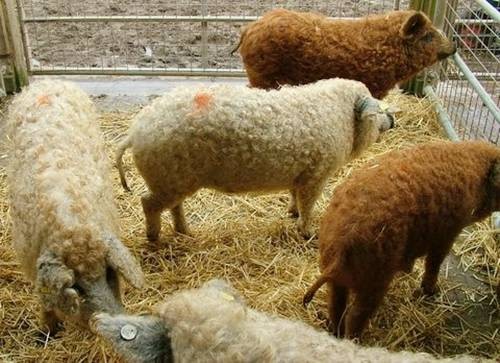 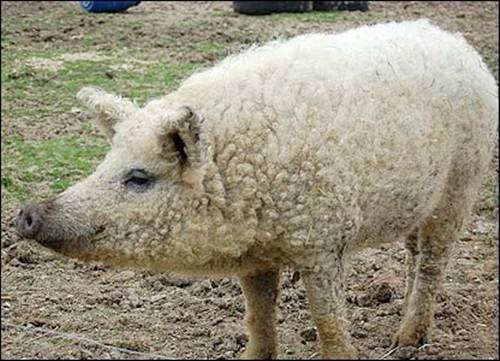 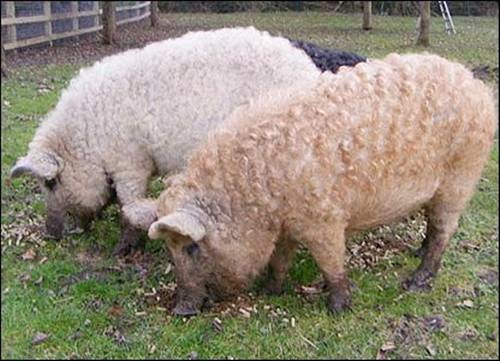 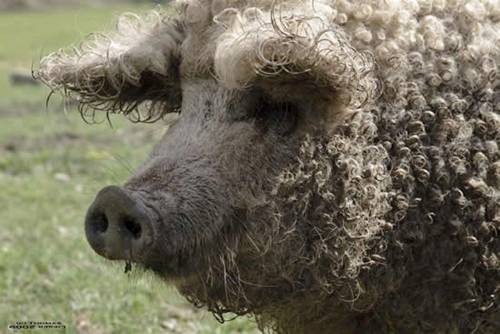 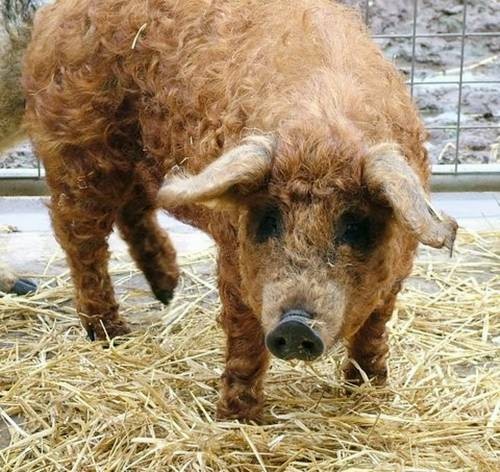