It is so incredibly rare that you would think Siamese twin fish attached at the stomach would never survive.
But at eight months old, these two Nile Tilapia fish in Thailand have found the perfect way to cope with life upside down… or the right way up if you’re the lucky twin.
The bigger fish protects its smaller sibling on the bottom, while it in turn looks for food. 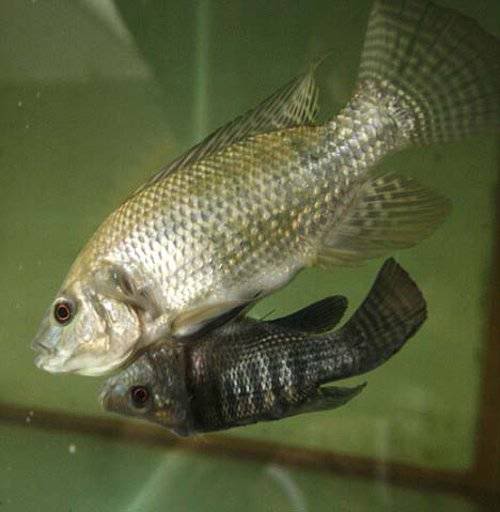 The Nile Tilapia fish is a common freshwater species found in tropical rivers, canals, lakes and ponds but these two were found in a Bangkok aquarium.
The fish can reaches a maximum of 2ft in length and can weigh up to 9lb.
Originally from waters stretching from Africa to the Cape Horn, the fish was introduced to freshwater irrigation systems so as to fight algae growth but has now become a pest. 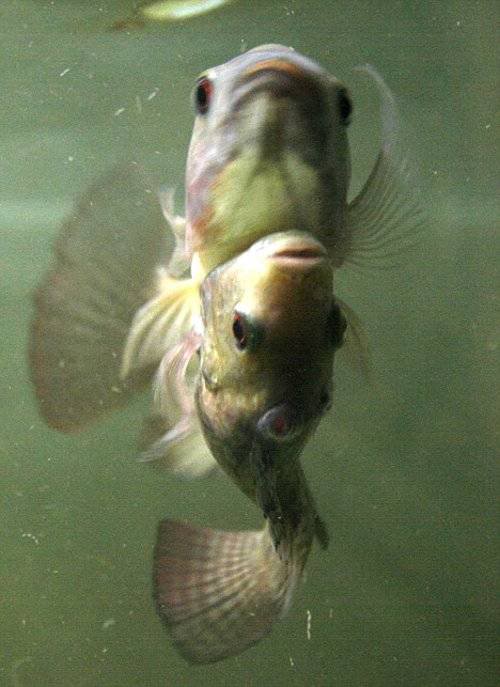 Best mates: The bigger fish helps its sibling, while the smallerone searches for food.
Behind shrimp and salmon Nile Tilapia is the third most imported fish to the U.S.
It is not the first time Siamese twins have been discovered in the animal kingdom.
In July, a pair of barn swallows conjoined at the hip by skin and muscle tissue, were found in Arkansas.
The Arkansas Game & Fish Commission said it was a ‘one in a million – probably more than that – occurrence’.
When discovered by officials the birds were not eating, and one died, while a veterinarian later put the other down.
Experts say finding conjoined birds is rare because they likely die before being discovered.
They believe the birds came from a double yolk egg. 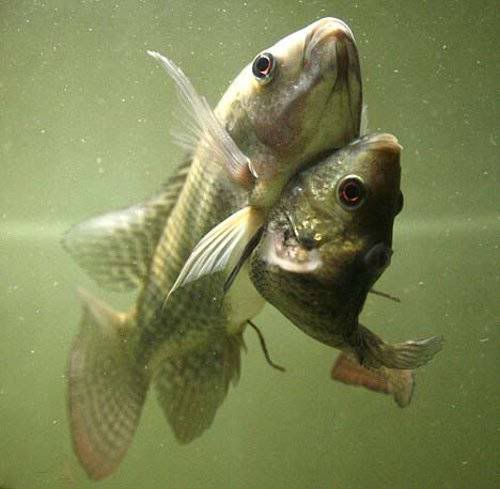 Life upside down: The Siamese twin Nile Tilapia are still alive and well at eight months in an aquarium in Bangkok.