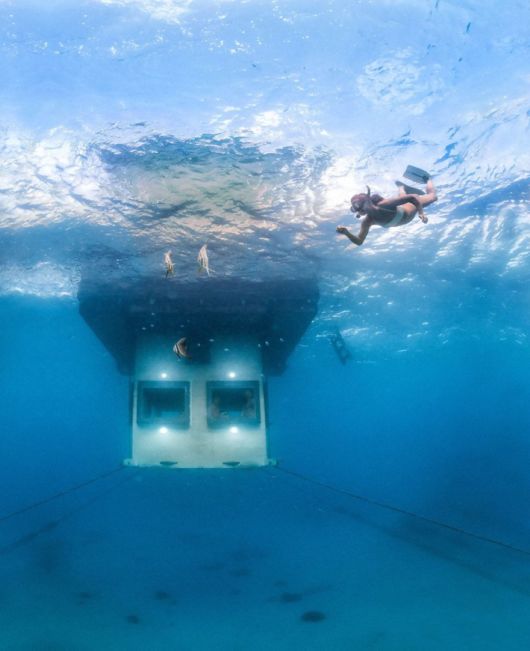 The Manta Resort?s new room on Pemba Island in Zanzibar is a tropical island hotel room like any other ? except that it floats anchored above a shallow coastal coral reef.

The bedroom, which was opened just this month, is located in a room below deck that has large viewing glasses offering guests a view of the colorful aquatic world outside. Above deck, a three-story structure gives guests all the amenities of a regular hotel room, albeit with an incredible view.

By day, tropical fish and other sea organisms float and swim by the window. At night, lights illuminate the water outside the windows, attracting squids and other otherwise shy sea creatures. The whole thing is anchored about 250m from the coast. Can you imagine being rocked to sleep by gentle waves, waking up in the morning and diving in to swim with tropical fish? If so, you also better imagine shelling out $1,500 USD a night for two or $900 USD for a single occupant. 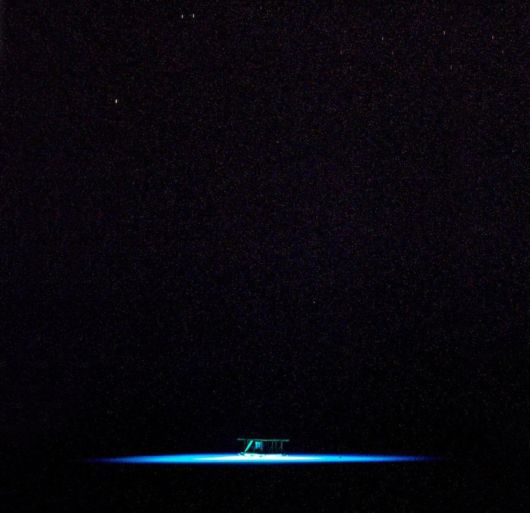 Underwater accommodations seem to have become a trend among hotels in recent years. The Manta Resort is now putting a unique spin on this concept. The underwater room has been revealed recently, a three-floor suite that floats beside a thriving coral reef and boasts a submerged master bedroom surrounded by windows to view the local sea life. 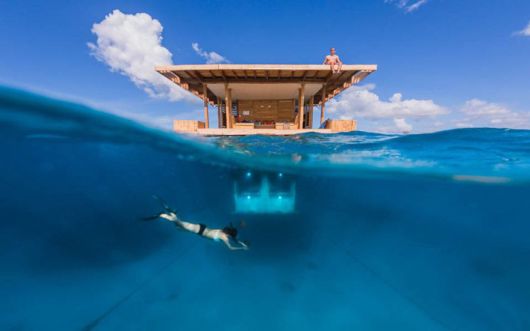 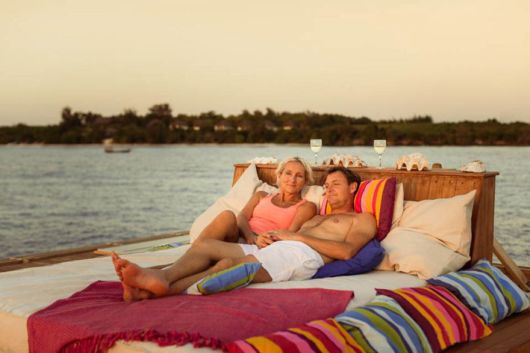 At The Manta Resort in Zanzibar, tourists can sleep in a unique self-contained hotel room that drifts on the sea, three meters down into the Indian Ocean. The giant windows of the underwater hotel room let guests peer outside into the wondrous world of the sea. For those who like to sunbath there is a top deck on the roof of the floating hotel room. 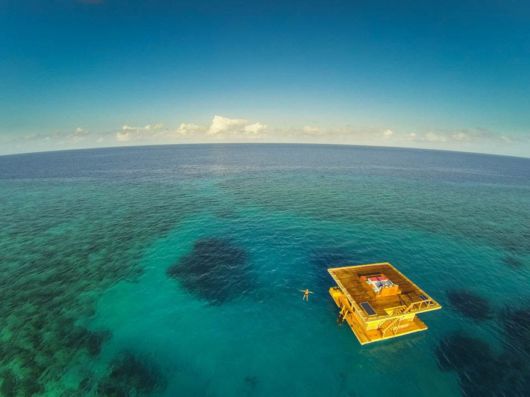 The large windows are giving an almost total 360-degree view of the water around it. Unfortunately the price per night is very high due to the exclusiveness and unique characteristics and not reachable for many people. 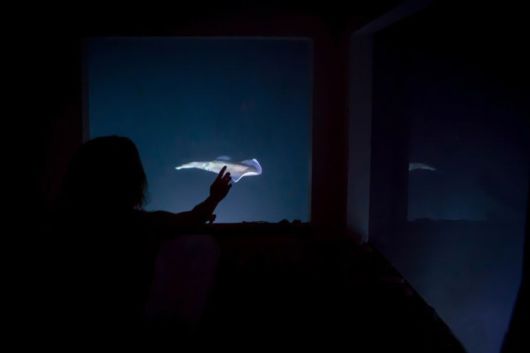 Located on the tropical Pemba Island in Zanzibar, the resort?s most standout feature is the natural coral reef lying just a few meters off its private beach, which attracts numerous divers and snorkelers to its villas. To construct an enticing off-shore suite though, the owners enlisted the help of Genberg Underwater Hotels, a Swedish company that previously erected a similar structure on a lake in Sweden. The unusual new underwater room floats almost 250 m (820 ft) away from the coastline and is held in place by several anchoring lines leading to the ocean floor. 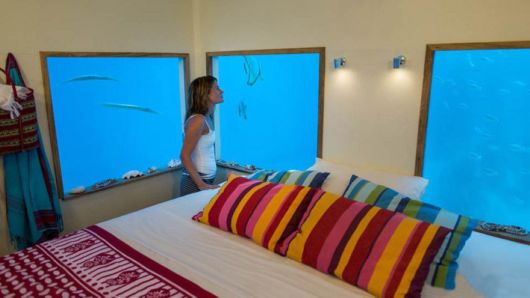 The guests can dine on a lounge deck at water level and sunbath on the upper deck. By night, they?ll then dive into the sea to access their hotel room, where they nod off among-st the fishes and their marine surroundings. For an ethereal effect, the under water suite, which is built four meters below the surface, is lit by underwater spotlights to provide an amazing back lit projection of the Indian Ocean?s tropical sanctuary. 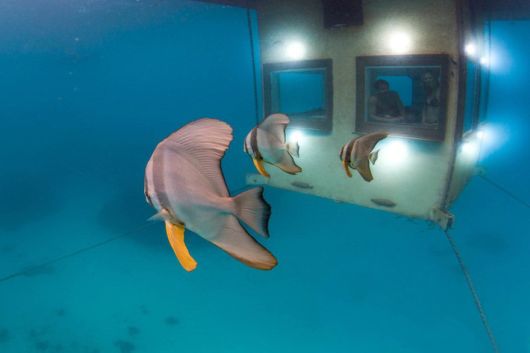 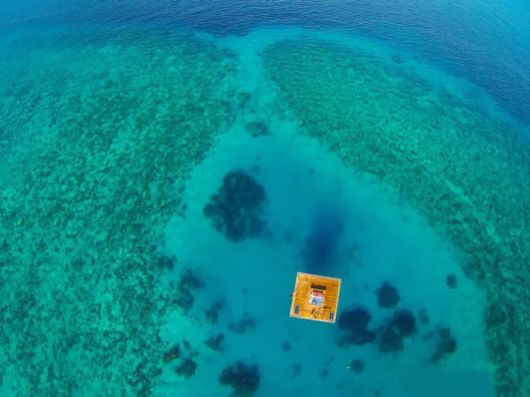