Everybody DOES have a twin: Photographer creates amazing portraits of STRANGERS who look the double of each other

At first glance, it’s an elegant set of portraits of twins – but look more closely and the secret is revealed.

None of the individuals captured by photographer Francois Brunelle are related by blood, their faces just have strikingly similar characteristics.

Mr Brunelle, who lives in Québec, has studied the human face since he started out as a photographer at the age of 18 in 1968. 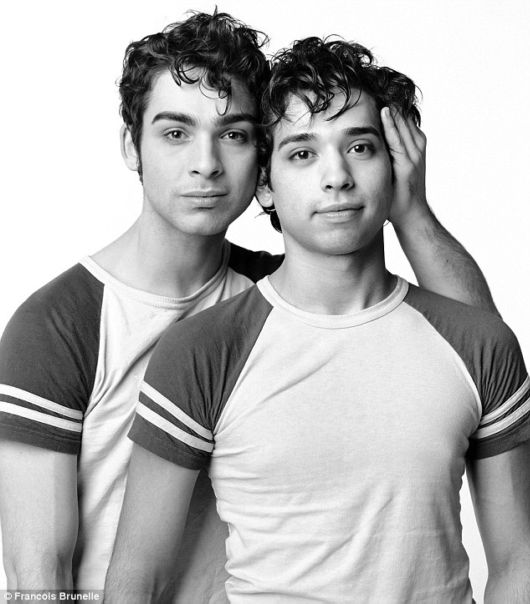 The same…but different: Nathaniel (who did not give his last name) and Edward Toledo, pictured in Montreal in 2003, are remarkably similar but not twins 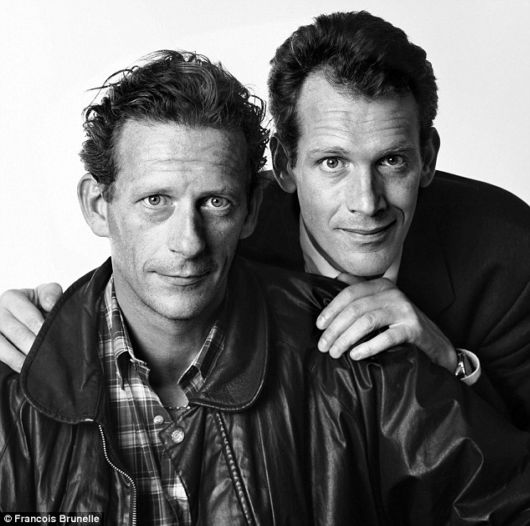 Here’s looking at you: Yves Megert (left) and Remi Bacon, pictured in Geneva, Switzerland in 2001 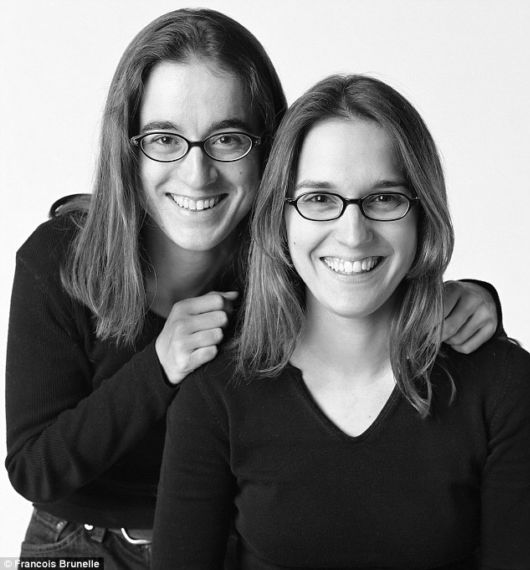 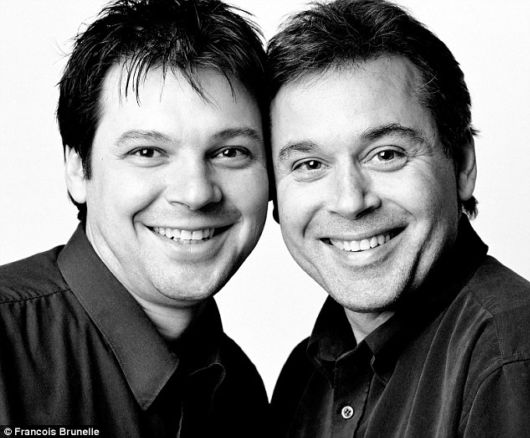 The collection, entitled I’m not a look-alike!, features a range of individuals from North American and European backgrounds who are not related, side by side.

According to the photographer, the portraits allow him to explore the intimate relationship between subjects and how they approach their remarkably similar appearances.

Mr Brunelle told MailOnline: ‘I found my first subjects simply through people I knew who looked alike. Then as the media covered my project, more people came forward to take part.’

The photographer continues to look for subjects and is inviting people to come forward until he finishes the project next year. More details can be found at brunelle.com.

Smiles all round: Remy Girard (left) and Gabriel Guibert, pictured in 2003 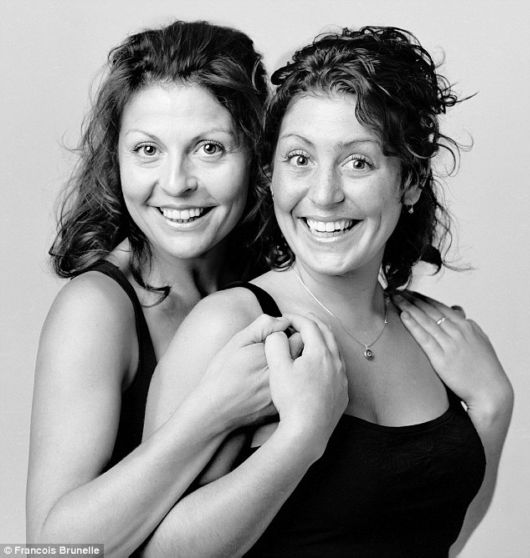 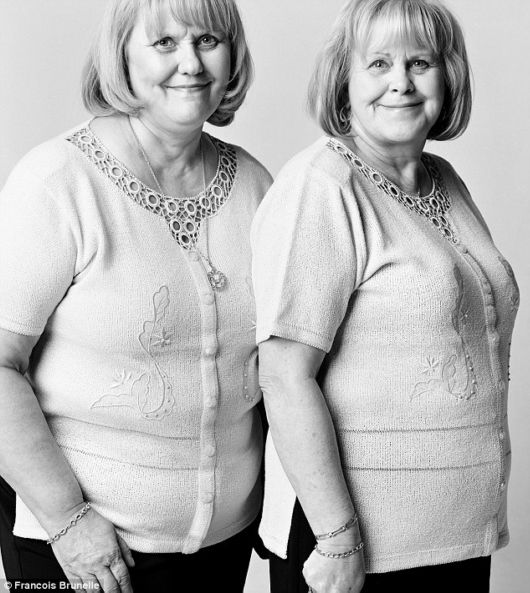 Separated at birth? Danielle Boucher (left) and Jovette Desmarais in Montreal in 2004 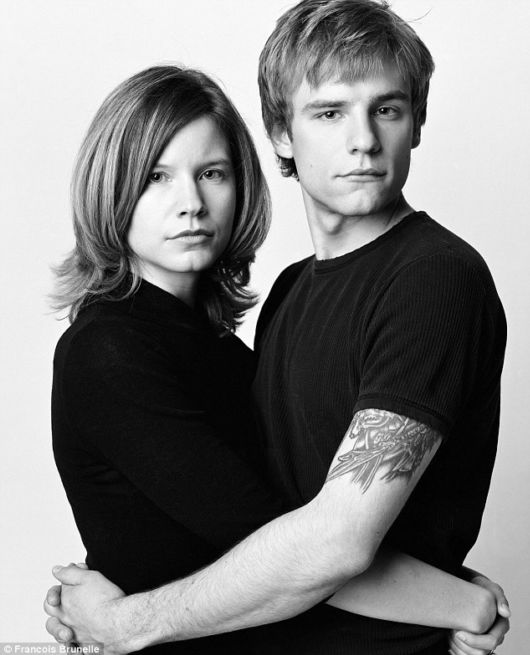 Imitations: Valerie Carreau (left) and Jean-Phillippe Royer pose with arms around each other in 2004 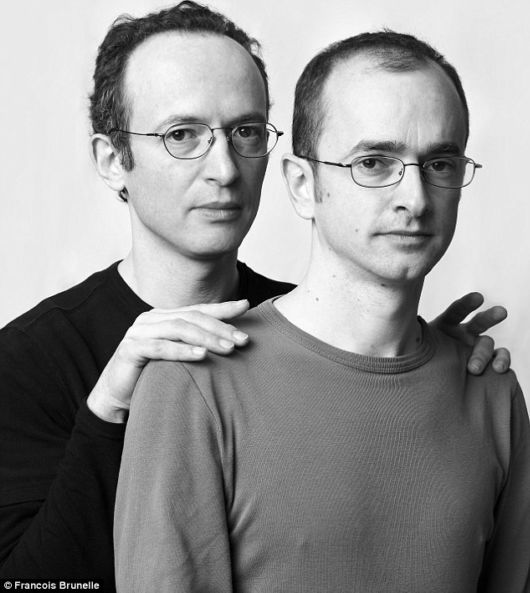 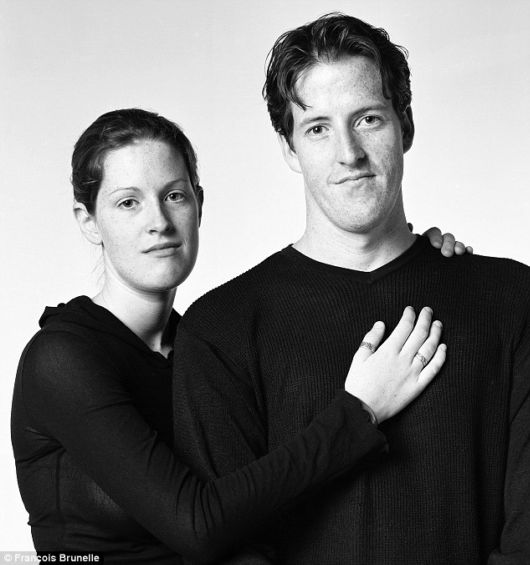 Across the gender gap: Sarah Fournier (left) and Alan Madill in Toronto in 2005 look extremely alike but are not brother and sister 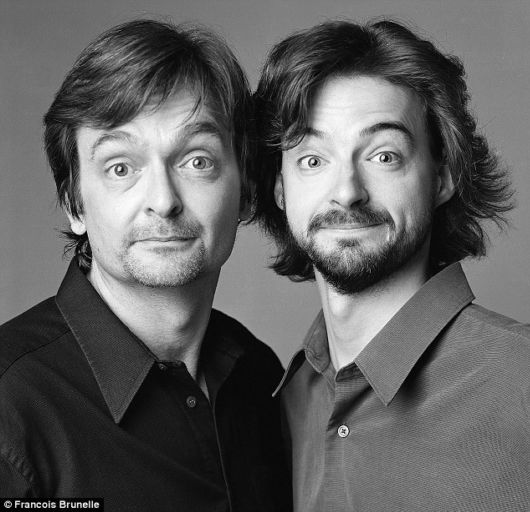 Comic duo: Even the facial expressions of Jean Vachon (left) and Jacques-Dominique Landry match up 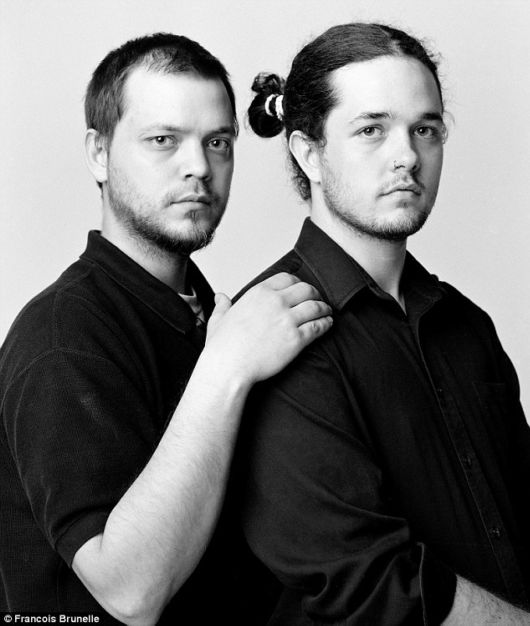 Match up: Frederick Hryszyn (left) and Justin Ford in Montreal in 2004