A huge rock in a village of Al-Hassa region, SAUDI ARABIA raises 11 cms from the ground level once in a year during the month of April and stays elevated for about 30 minutes !!!
They say that 17 years ago, one Mujahid was shot dead behind this rock as he was hidden there. This encounter happened in the month of April 1989. You can see the fresh blood stains on the rock. Most surprisingly, when the rock raises from the ground, these stains become darker, fresher and wet. Local residents tried to wipe off the stains several times, but after some time it appears again on the rock automatically. ….
Isn’t it astounding?
Have a look…. 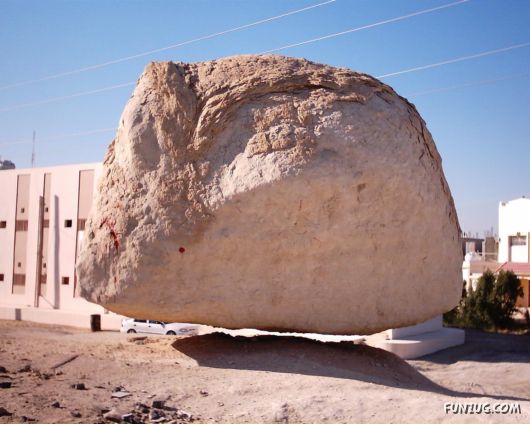