Most people would be shocked and disgusted to see a head suddenly poppin out of the earth of their private garden and giving them a stare, but in the case of one Chinese farmer, this was the beginning of a huge discovery for all of humanity.

The cave of the terracotta soldiers – which was designated a UNESCO world heritage site – is a subterranean cave containing no less than 7,000 clay , life-sized statues of soldiers, meant to serve the first emperor of China in the afterlife. 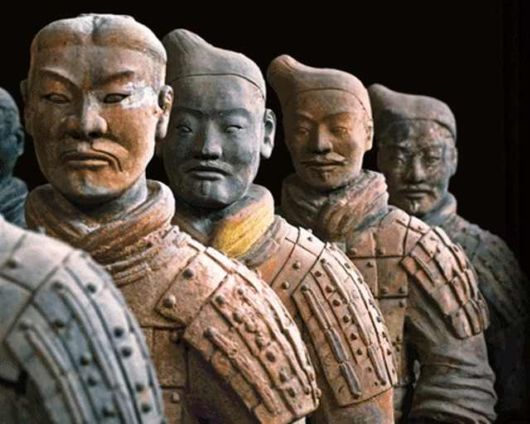 The cave of the terracotta soldiers, located about half an hour’s drive from the city of Xi’an, was discovered completely by accident as a local famer was digging into his land with the goal of building a well, found, to his amazement, a life-sized head made of terracotta (a type of clay) buried in it. It took him 10 years to report his finding, which began a frenzy of digging in the area that took 70,000 workers 36 years to complete. During that time, thousands of clay soldiers were discovered, completing a complete, hand-made army. 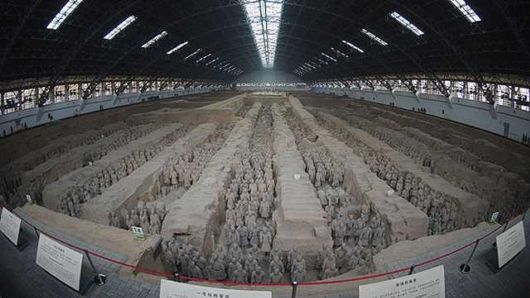 After studying the cave and clay soldiers for many years, researchers found that the cave was created by Ching shaw huang di, the first emperor of Xi’an, as a bid for immortality. 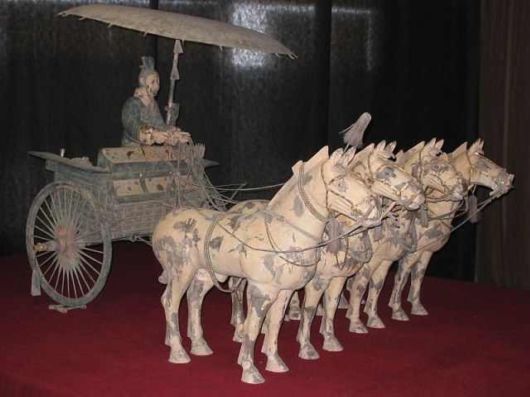 The emperor, who started his reign in 246 BC when he was but 13 years old, developed the kingdom and set a unified language and writing style. Some, however, maintain that he was a hated tyrant. 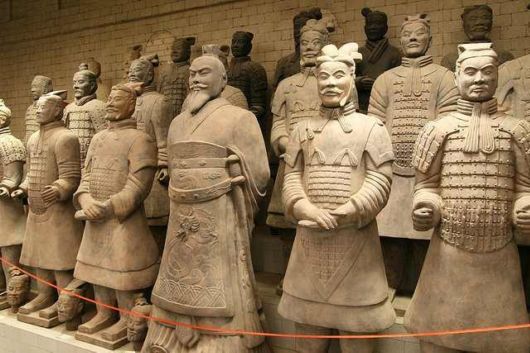 After many assasination attempts, the emperor developed a fear of death and wanted to ensure that even after his death, he’d have enough soldiers to protect him from his enemies. This will led the emperor to spend 11 years building an entire underground city, within stand thousands of clay statues of soldiers and servants who await his command. 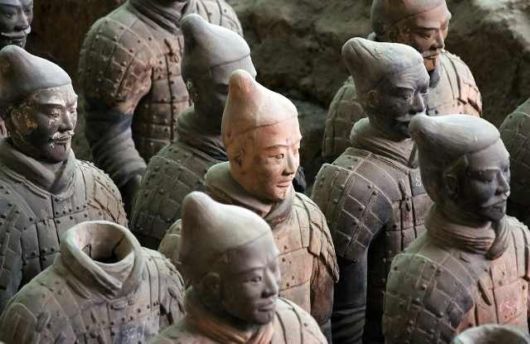 The cave is spread over an area of 16,300 square meters and split into three main areas. It contains over 7000 statues of warriors, with each of the statues having a defined role. 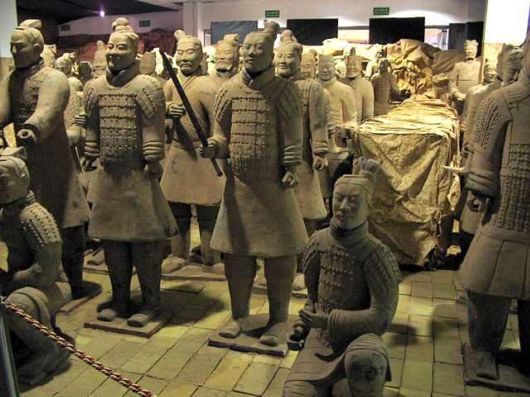 You’ll find bowmen, commanders, cavalrymen and your average foot soldiers, with each the appropriate garments and weapons. In addition to the soldiers, the emperor enriched his post-death world with dancers, singers, acrobats and many others that will amuse and serve him after death. 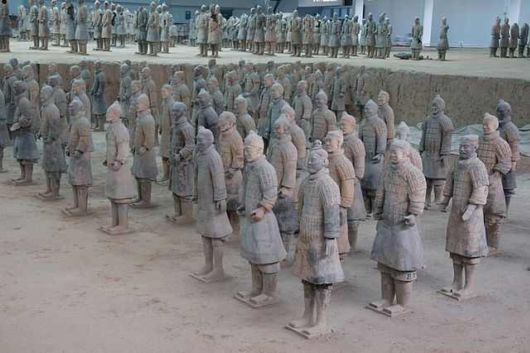 If that’s not enough to impress you, how about the fact that each and every one of the statues has a unique face, with no 2 alike in the whole army. Each has a different face, expression, hair style and other items that separate them from the others. 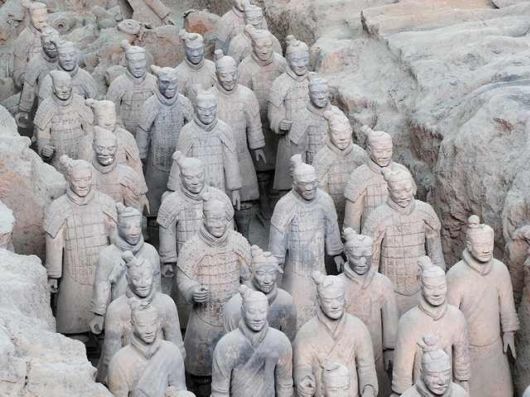 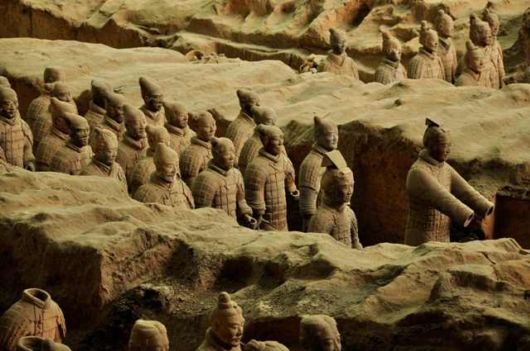 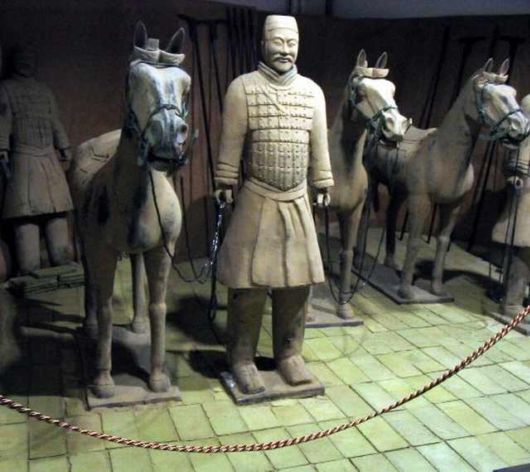