The Biggest Pizza In The World / Ottavia

Five skilled chefs have created the largest pizza in the world, calling it “Ottavia” in honor of the first Roman emperor Octavian Augustus.
Efforts chefs cake was created 40 meters in diameter, which took up to 9 tons of flour, and the stuffing was spent 4.5 tons of tomato paste, 4 tons of cheese “Mozzarella”, 675 kg of margarine, 250 kg of rock salt, 100 kg of lettuce and 25 liters of vinegar.

This work resulted in the establishment of a new record, which allowed to bypass the previous giant pizza 37 meters in diameter, which was made in 1990 hypermarket “Pick’n Pay” in South Africa. 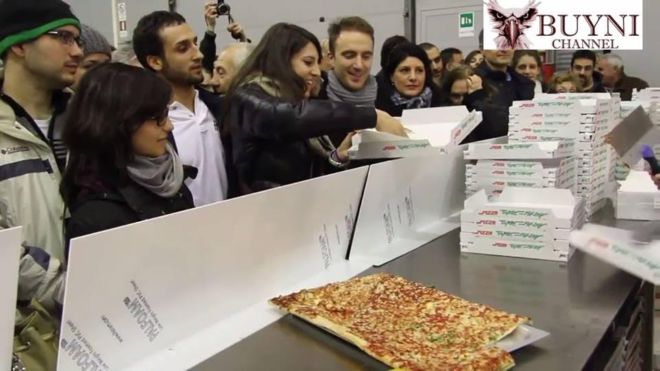 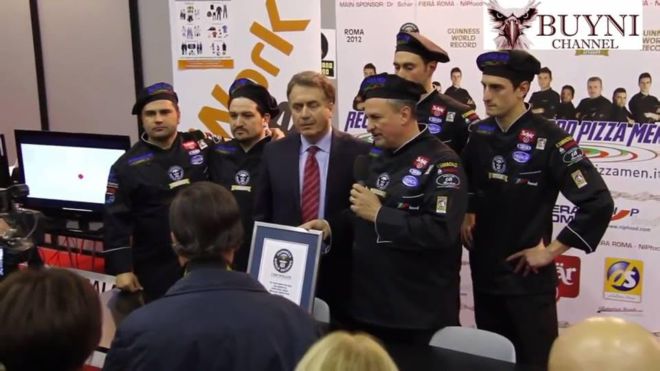 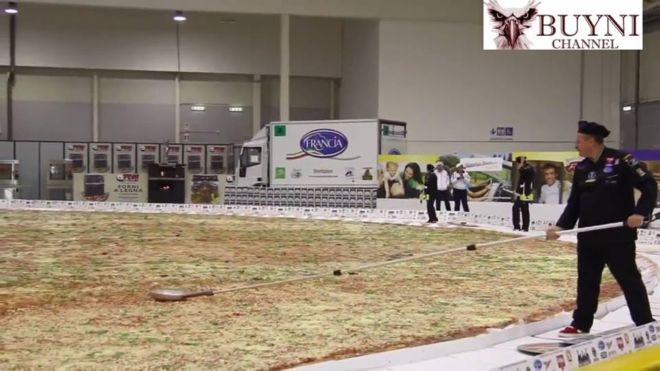 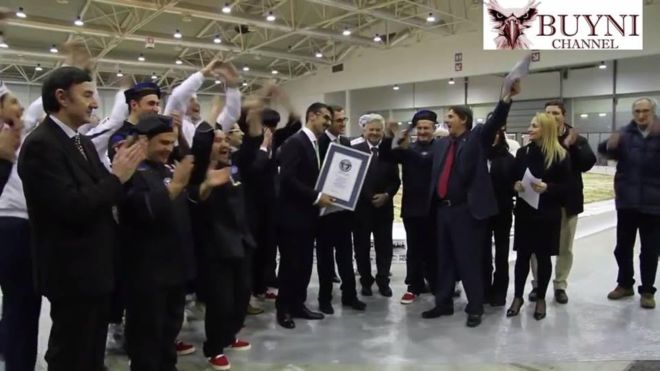 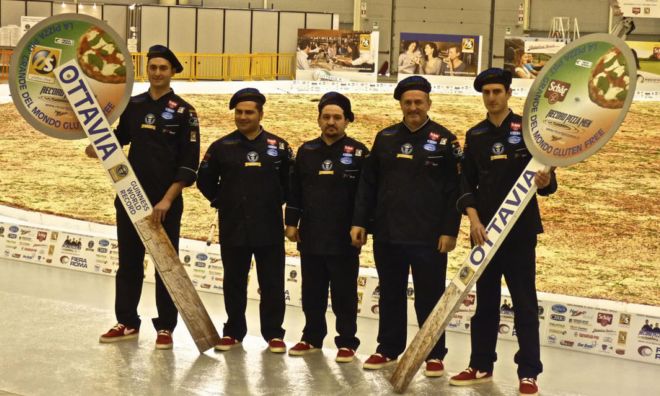 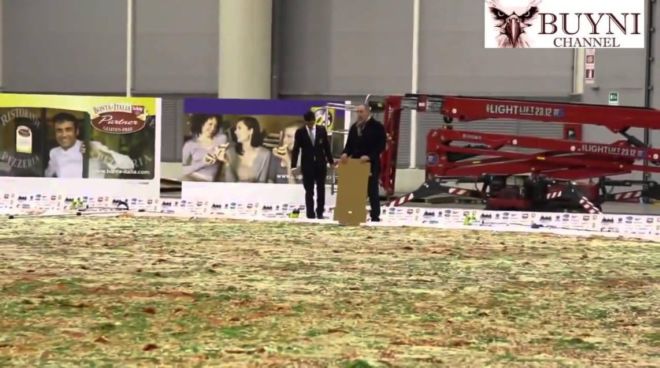