Christ of the Abyss is a submerged bronze statue of Jesus, of which the original is located in the Mediterranean Sea off San Fruttuoso between Camogli and Portofino on the Italian Riviera. It was placed in the water on 22 August 1954 at approximately 17 metres depth, and stands c. 2.5 metres tall. Various other casts of the statue are located in other places worldwide, both underwater and in churches and museums. The sculpture was created by Guido Galletti after an idea of Italian diver Duilio Marcante. The statue was placed near the spot where Dario Gonzatti, the first Italian to use SCUBA gear, died in 1947. It depicts Christ offering a blessing of peace, with his head and hands raised skyward. 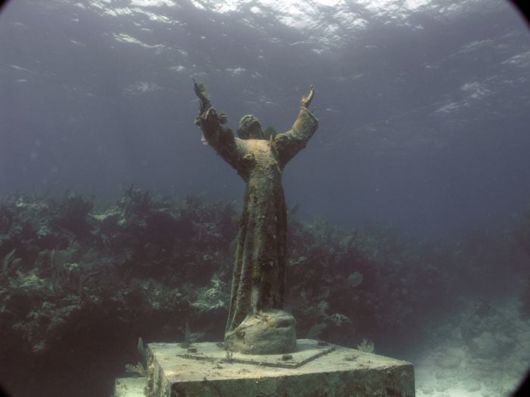 Due to increasing amounts of corrosion and the growth of crustaceans, the statue was removed from the water and restored in 2003. A hand that had been detached by an anchor was also replaced. The statue was returned to the water with a new base on 17 July 2004. A second bronze sculpture cast from the same mould exists off the coast of St. George’s, Grenada. This was a gift of the navy of Genoa for assistance in rescuing the crew of Italian vessel Bianca C destroyed by fire in the port of St. George’s. The sculpture was placed under water on October 22, 1961. 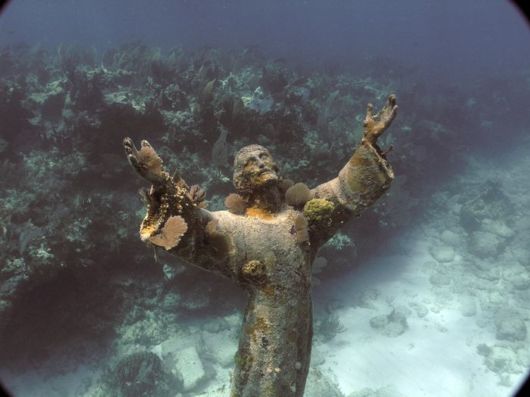 A third bronze from the original mould was presented to the Underwater Society of America in New York in 1962. On August 25, 1965 it was placed approximately in 25 feet of water off the coast of Key Largo, Florida. It is located around Dry Rocks, around six miles east of Key Largo in the John Pennekamp Coral Reef State Park. While the statue weighs around 260 kg, the concrete base to which it is attached weighs about 9 tons. The original clay statue minus the hands was located in a foundry in 1993. This is now on display with replacement hands at the National Museum of Underwater Activities in Ravenna, Italy. 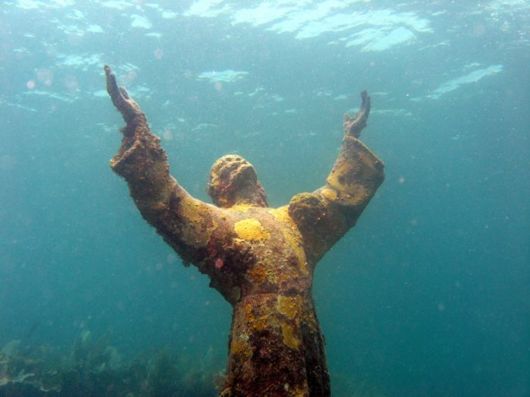 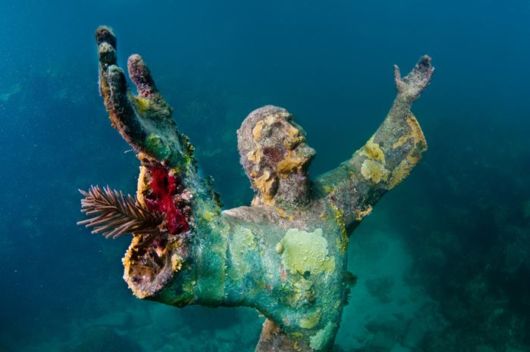 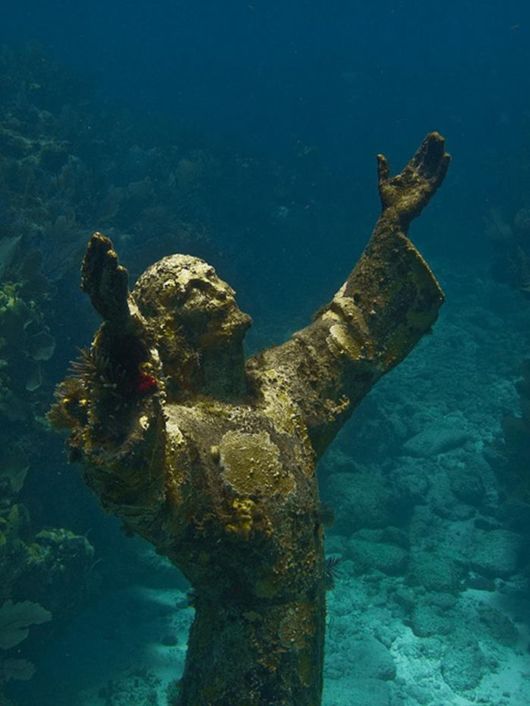 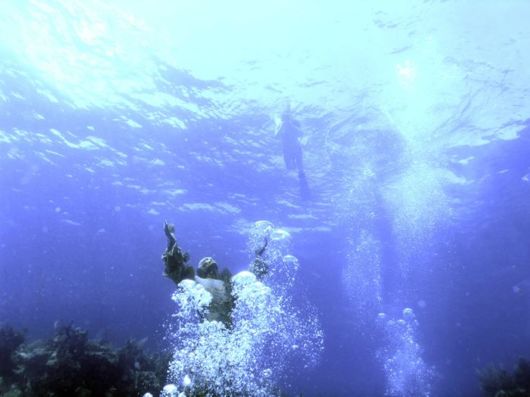 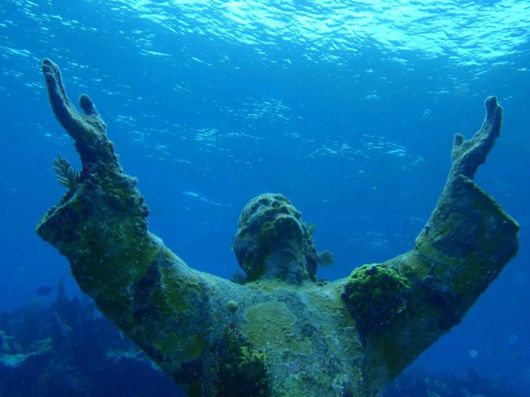 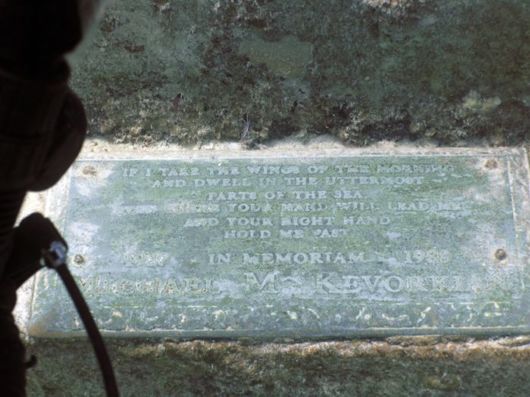 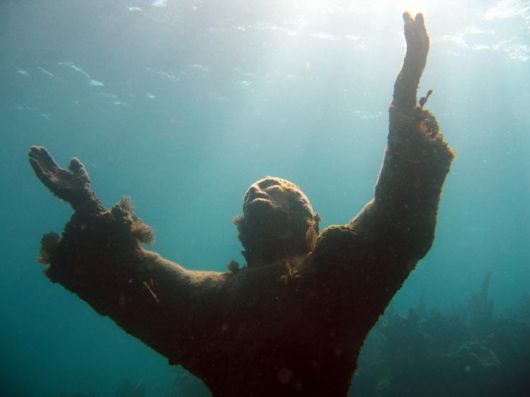 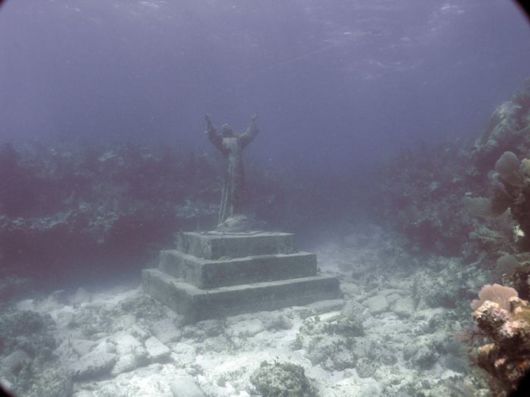 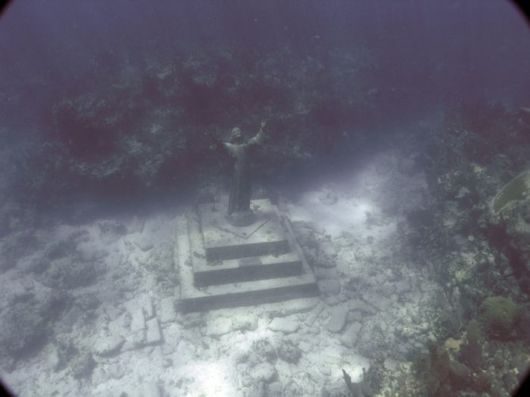 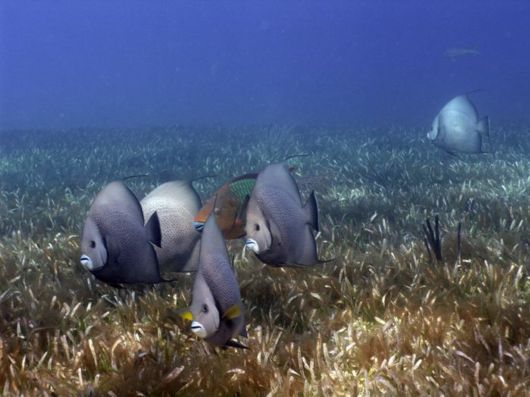 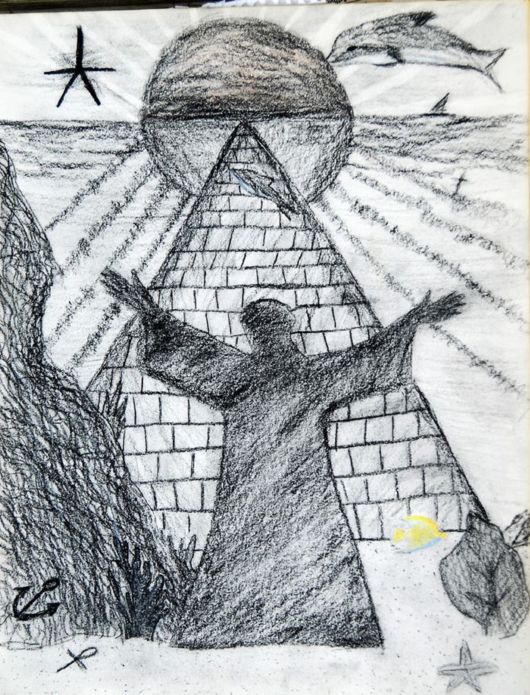 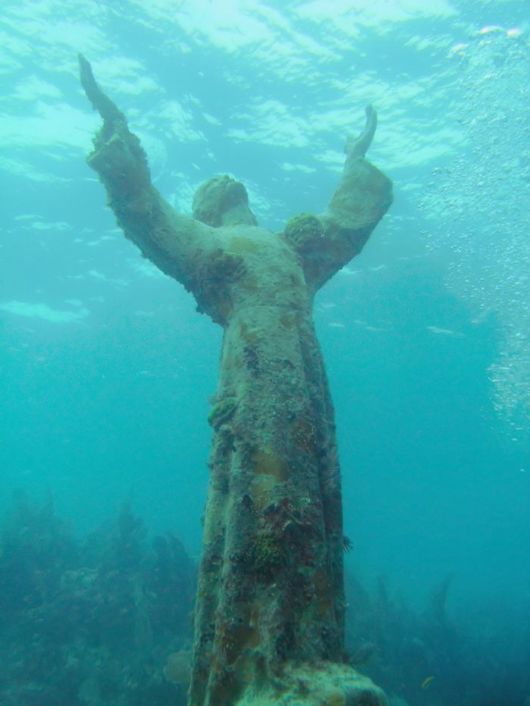