Tired of a ho-hum climbing wall? Check out this whimsical climbing wall at the ILLOIHA fitness club in Japan, as designed by architecture design firm Nendo. It looks straight out of Lewis Carroll’s Alice in Wonderland!

This is the Excalibur climbing tower at the Bjoeks climbing center in Groningen. It is 121 feet (37 meters) tall with an overhang of 36 feet (11 meters), known as the highest climbing tower in the world. 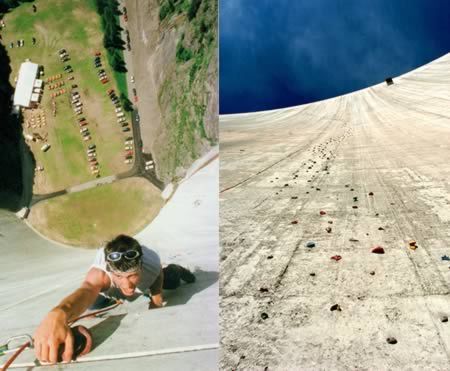 The Diga di Luzzone is both a working dam and one of the largest artificial climbing walls in the world. Bolted in the 1990s, this spot in Switzerland is home to one of the two largest man-made climbing routes in the world, a 540-foot, five-pitch monster that curves its way up the side of the Luzzone dam. As climbers go through the pitches, the concave wall changes character, starting off slabby, then straightening out to vertical.

Visitors who want to throw down on the dam will need to pay 20 Swiss francs each to get the keys to unlock the ladder that crosses the first section. 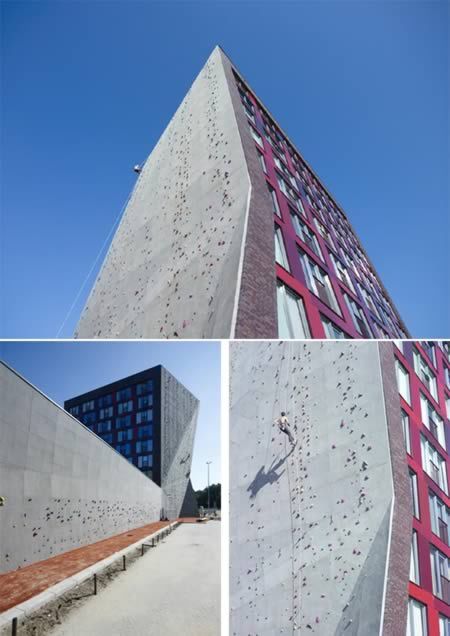 People are literally climbing up the walls in this dormitory located in the University of Enschede. Built as a gift to the local mountaineering club, the climbing wall is incorporated into the building’s architecture. The new function isn’t merely decorative, shaping its final form as it becomes an influent design theme. Architectural design by Arons & Gelauff Architecten. 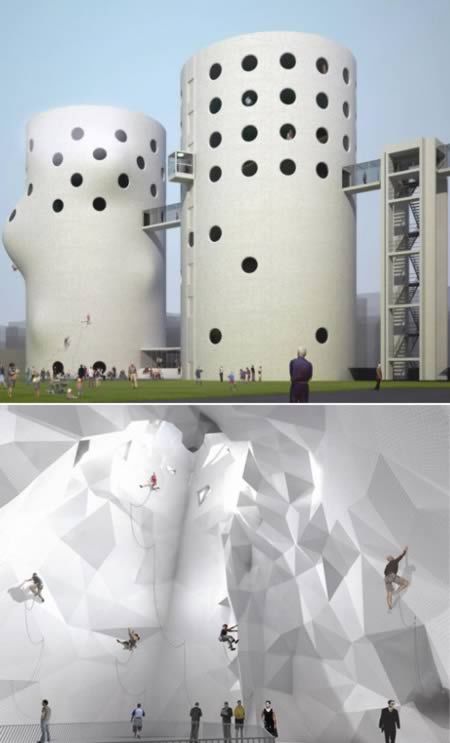 The city of Amsterdam wasn’t quite sure what to do with three abandoned sewage treatment silos, so they decided to hold a competition to determine the best adaptive reuse project. One of the projects submitted for the competition was by Amsterdam-based NL Architects, who proposed to transform the silos into an incredible set of climbing towers. In addition to the climbing areas both inside and outside the silos, the project would include multi-purpose areas, offices, restaurants and other commercial spaces. 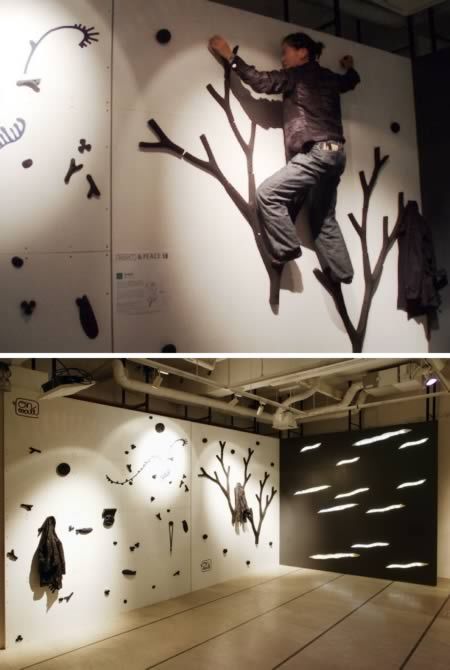 ?On Wall? is a collaboration of product designers Tomoko Azumi, Rie Isono, Norico Katayama and lighting designer Hiroe Tanita. They created simple but beaufiful shapes mounted onto walls, that allow designers (or everyone else of course) to climb up and look at things from another perspective. This mix of installation – space design and lighting design is certainly one thing: fun to try yourself! 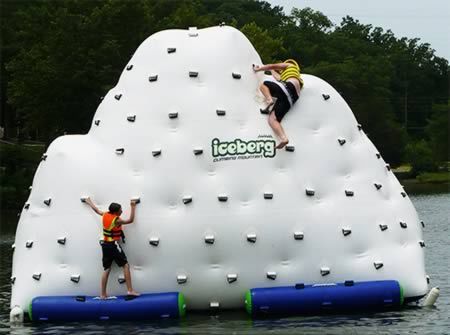 The Iceberg Floating Water Slide brings adventure to the lake or water park and features a 20-foot climbing wall, so you won’t be afraid of falling. 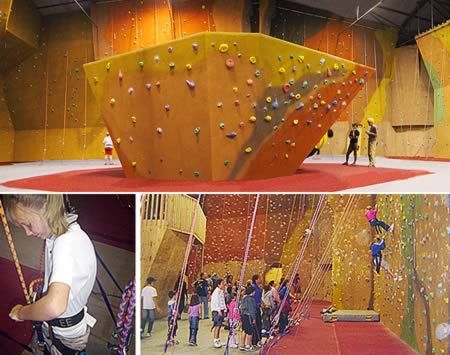 This climbing center in Auckland is the largest on the continent. A central, Stone Henge boulder is surrounded by acres of climbing fun. 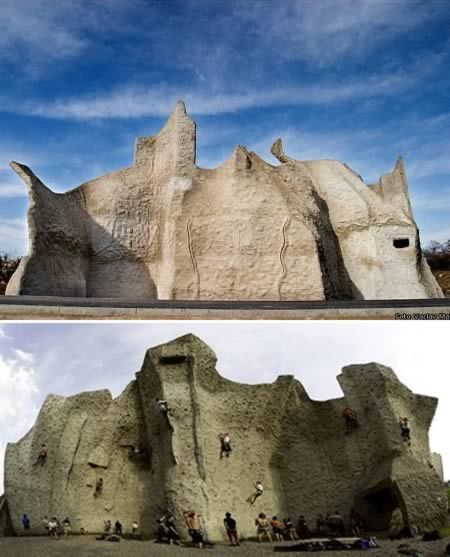 This climbing wall is currently the largest outdoor climbing wall in Central Europe. This concrete structure, 80 m in diameter, measures 15 m at its highest point. The wall’s height averages between 10 to 13 m. A total of 46 safety lines currently features 84 paths with difficulty levels from 3 to 9-UIAA. 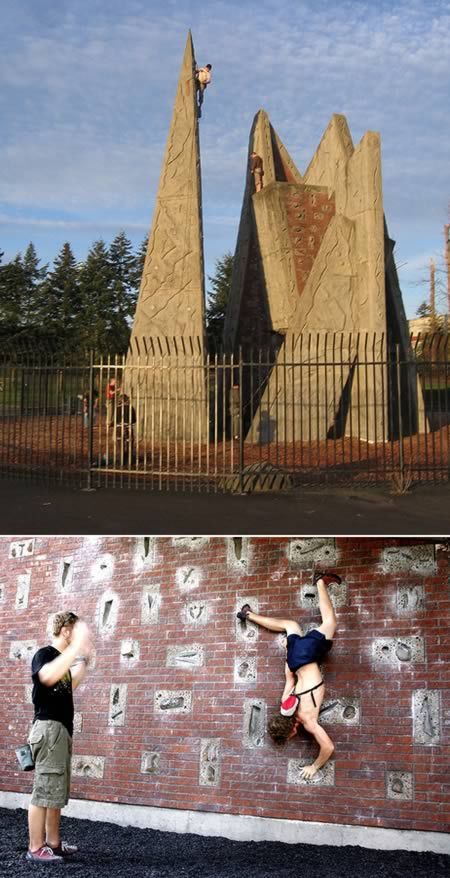 Marymoor Park, located on the north end of Lake Sammamish in Redmond, Washington, is King County’s largest, oldest, and most popular park, with more than 3 million annual visitors coming to roam its 640 acres (2.6 km2). Among recreational activities available are various sports facilities, rock climbing, a dog park and a velodrome.