The Enchanted Woodland…on the outskirts of London: Gardens around Duke of Northumberland’s second home are lit up to create a magical winter trail for walkers

The Enchanted Woodland at Syon Park in Middlesex has opened to visitors for the eighth year in a row Visitors to the park can take in an array of bright and colourful lights in the grounds and the Great Conservatory With an array of bright coloured lights reflecting against the frosty waters of the lake and creating magical silhouettes of the trees against the dark night sky, Syon Park in Middlesex looks more akin to something out of a fairytale than a stately home on the outskirts of London.
The second home of the Duke of Northumberland and his family has been lit up in a rainbow of festive colours to get you in the mood for Christmas a month early.
The Park’s Enchanted Woodland attraction launched for the eighth year running this weekend. 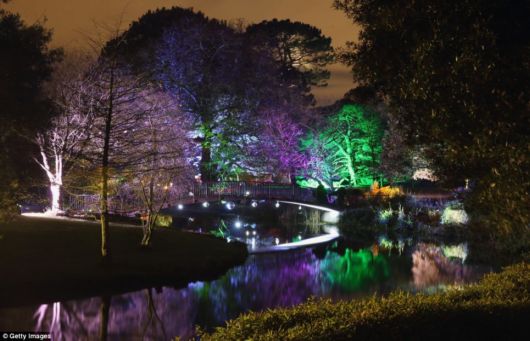 Colourful: The gardens of Syon Park in Brentford, Middlesex, have been transformed into an enchanted woodland for the eighth year in a row 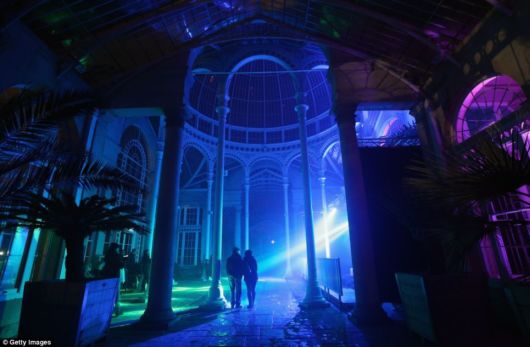 Bright lights: Visitors take a stroll through a light show in the Great Conservatory at the London home of the Duke of Northumberland 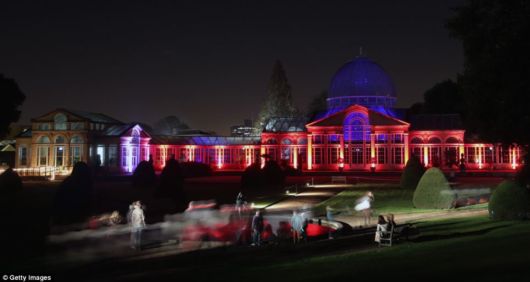 Enchanted: The attraction allows visitors to walk a trail around the house’s eighteenth century lake and inside the Great Conservatory Gardens have existed on the site for around 600 years – but they have rarely looked as beautiful as when they are lit up at the start of each winter for the annual event.
Visitors can stroll the grounds after dark and take in a spellbinding mile-long trail that takes in the estate’s eighteenth century lake, part of its vast 200 acre grounds and the Great Conservatory of the grand house.

Syon Park is known for its impressive gardens, which now have more than 400 species of tree, including rare and unusual specimen.
It has often been a pioneer of horticultural trends, once home to the UK’s earliest botanical collection and home of the first garden centre. 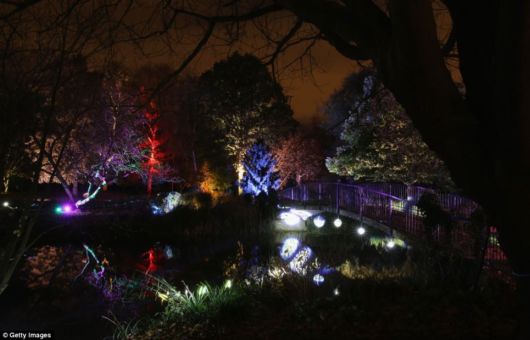 Winter wonderland: Colourful lights brighten up the already serene scene around the lake at Syon Park 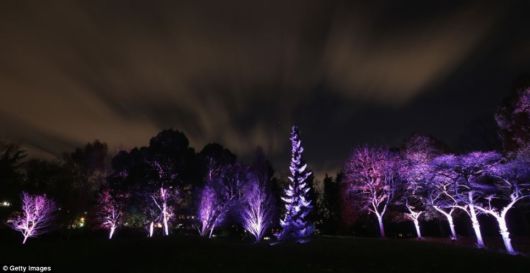 Beautiful: A line of trees along the trail are lit up purple. The Enchanted Woodland attraction runs until December 8 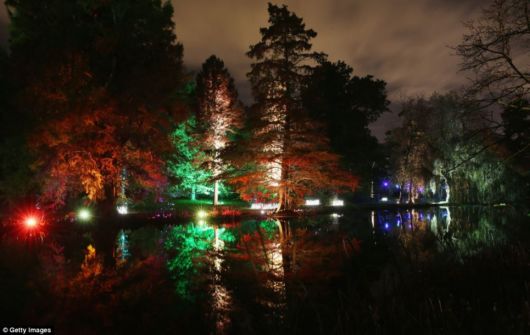 A rainbow of colours: As the path winds around the Eighteenth Century lake, a range of exciting lighting effects bring the landscape to life in a whole new way 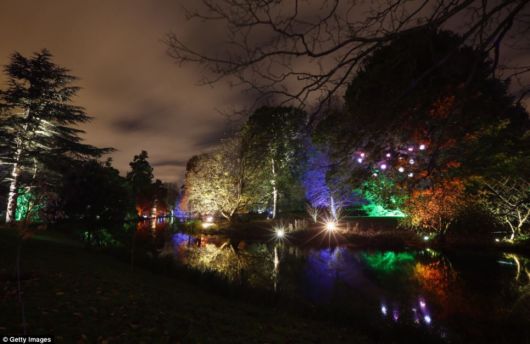 Stunning: The different shapes of the various types of trees are lit up and provide the perfect contrast with the backdrop of the night sky An abbey was first built on the site now occupied by Syon House in 1431.
Its vast and impressive gardens were designed by Lancelot ‘Capability’ Brown in the eighteenth century at the request of the 1st Duke of Northumberland Hugh Percy.
The Great Conservatory, which houses part of the trail, was designed by Charles Fowler in 1828 and finally completed in 1830.
It was the first of its kind to be built from metal and glass.
In 1547, King Henry VIII’s coffin was brought to Syon on its way to Windsor for burial.
It allegedly burst open during the night and in the morning dogs were found licking up the remains.
Visitors to the Park can stroll the grounds after dark and take in the Enchanted Woodland atmosphere until December 8. 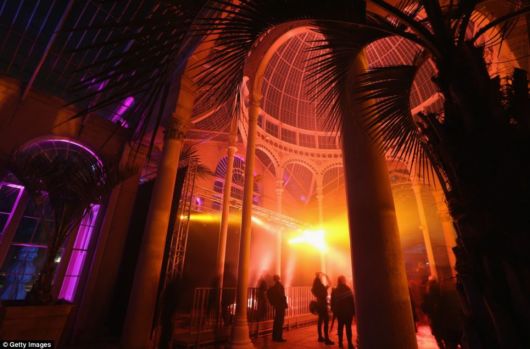 Display: Visitors take pictures as a bright orange light shines in one of the domes of the Great Conservatory 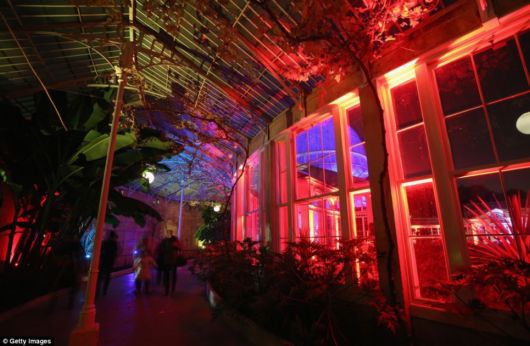 Atmospheric: Plants which adorn part of Syon Park’s Great Conservatory cast their shadows on its glass ceiling as a family walks along the trail 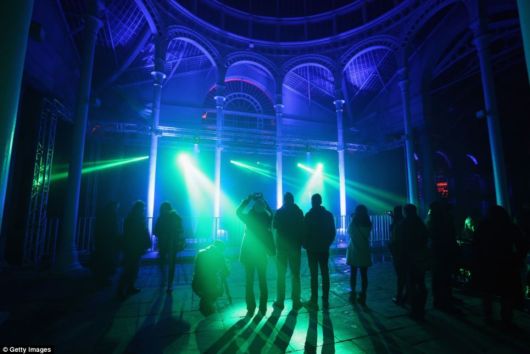 Enlightening: Visitors are silhouetted by a stunning bright green and purple light show as the attraction opened this weekend