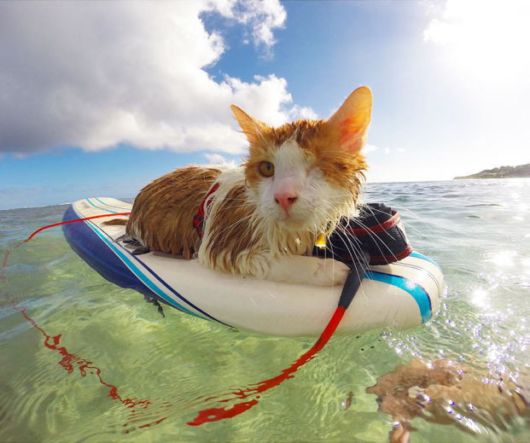 Whilst most cats are terrified to go near the water, Kuli the one-eyed cat enjoys nothing more than catching waves with his humans off the coast of Honolulu, Hawaii. Kuli has been riding waves for over a year now, starting when he was just 6-months-old and is only comfortable with the water because of his injury because his owners, Alexandra Gomez and Krista Littleton, used to bath him in water when he was recovering from eye surgery.

Nobody is certain how Kuli, whose name translates to "to look blind" got his injuries however he was discovered on the streets in a terrible way. At first Gomez and Littleton would just let Kuli float on the board by himself whilst they paddled around him but after realising how at home he was on the board they started to look for waves to surf. Don’t worry about Kuli’s safety though, he always wears a life jacket when necessary!

You can see more of this surfing kitty on his Instagram and by checking out the video below. 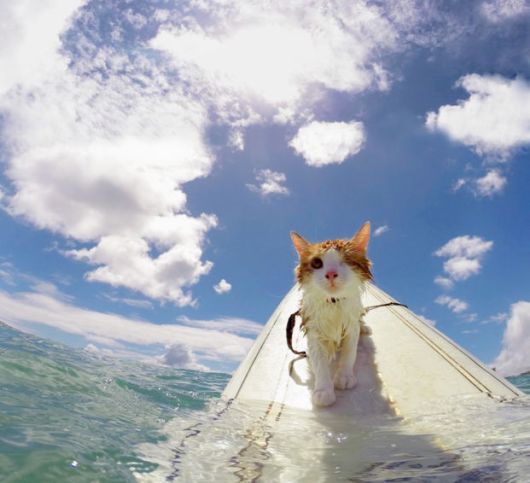 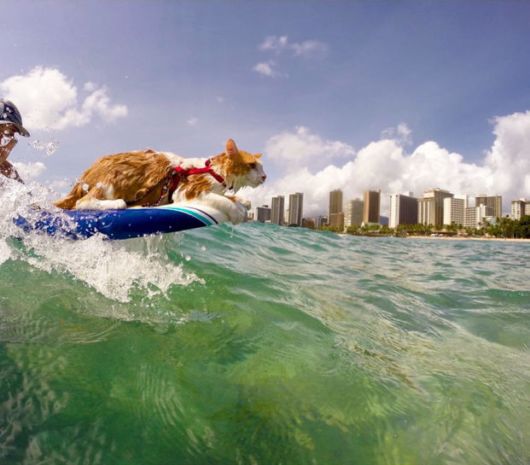 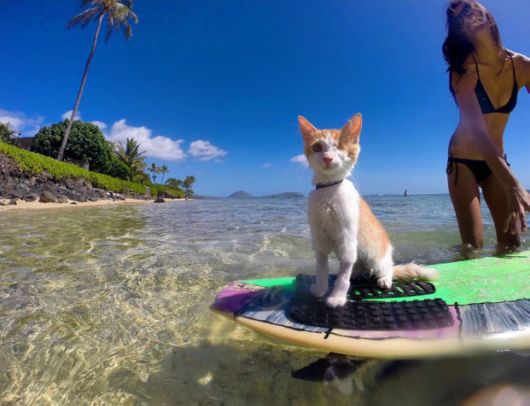 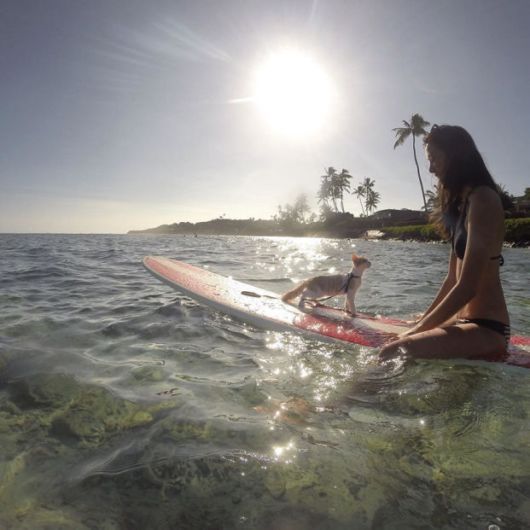 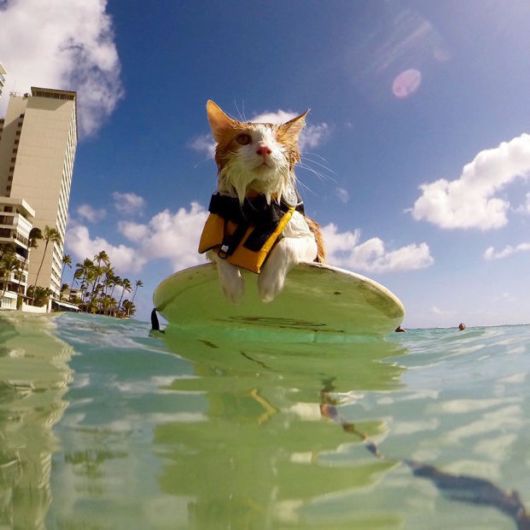 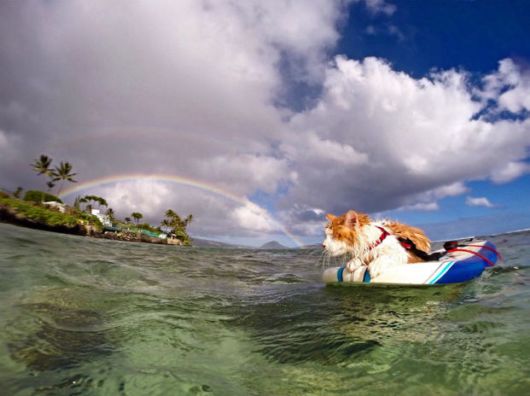 You can watch Kuli in action here: