A love lock or love padlock is a padlock which sweethearts lock to a bridge, fence, gate, or similar public fixture to symbolize their love. Typically the sweethearts’ names or initials are inscribed on the padlock, and its key is thrown away to symbolize unbreakable love. Since the 2000’s, love locks have proliferated at an increasing number of locations worldwide. They are often treated by municipal authorities as litter or vandalism, and there is some cost to their removal. 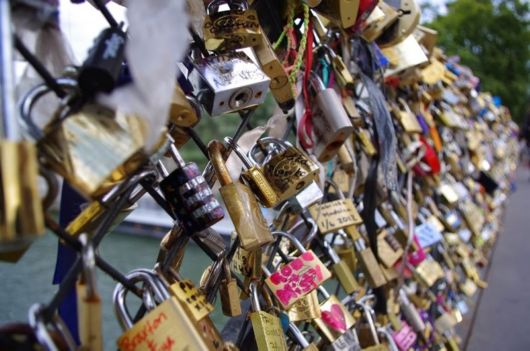 In Paris Town Hall in May 2010 expressed concern over the growing number of love-locks on the Pont des Arts, Passerelle Léopold-Sédar-Senghor and the Pont de l’Archevêché bridges, stating: “they raise problems for the preservation of our architectural heritage”. The lovelocks of the Pont des Arts mysteriously disappeared during the night of 11 May 2010, but the Administration denied responsibility, until it was discovered that they had been removed by a student of the nearby École des Beaux-Arts to make a sculpture. Love locks immediately began appearing on the Pont de l’Archevêché. On 9 June 2014, the weight of the padlocks on the Pont Des Arts bridge were blamed for the collapse of part of the parapet. 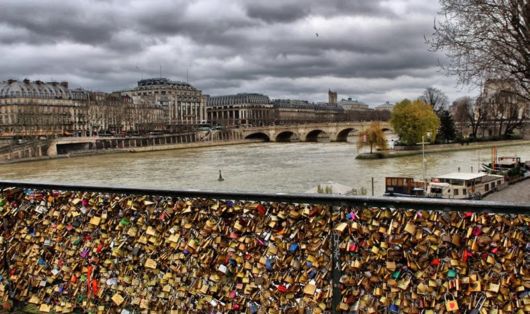 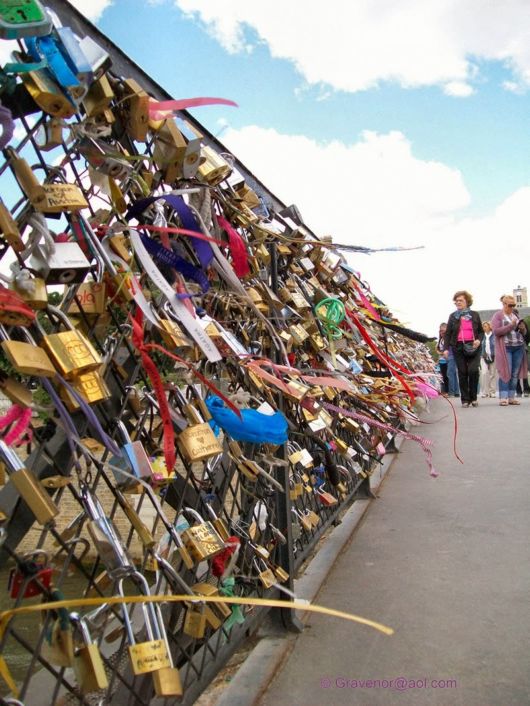 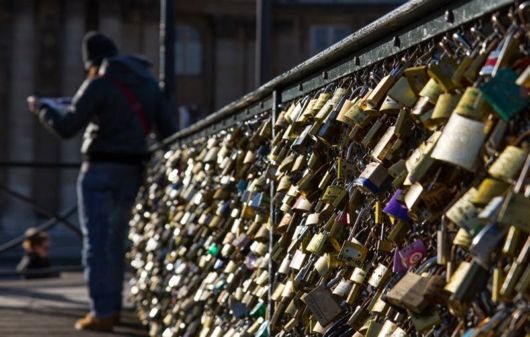 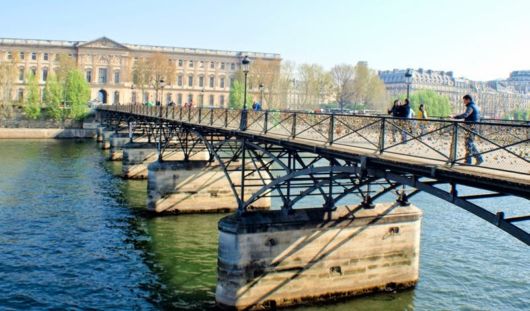 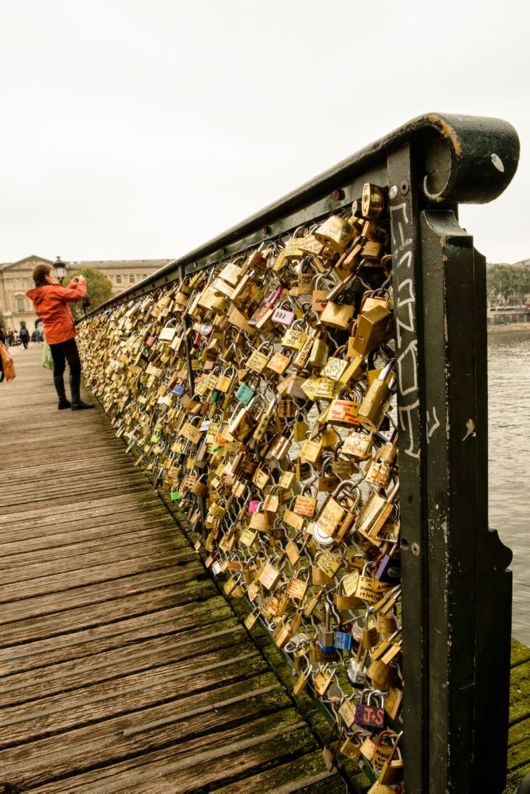 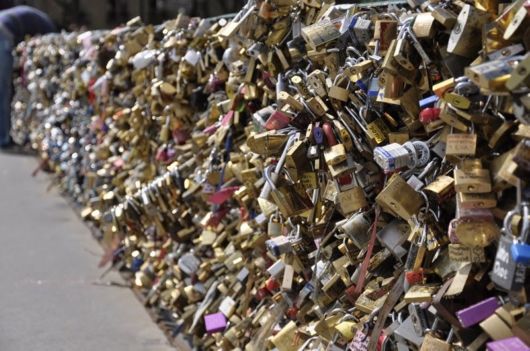 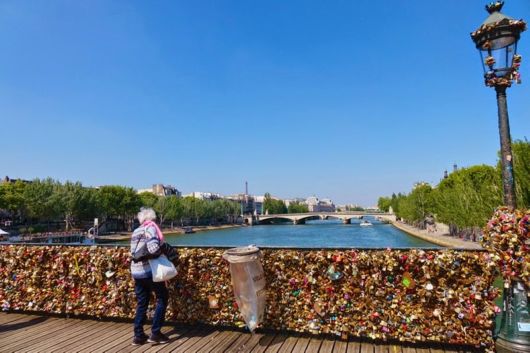 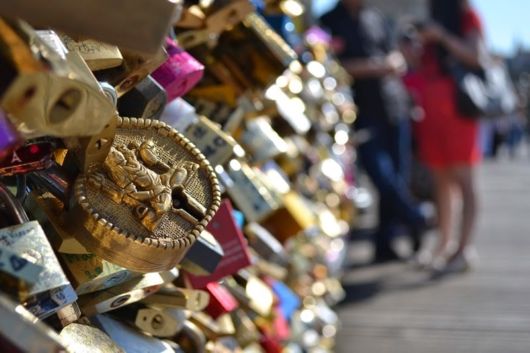 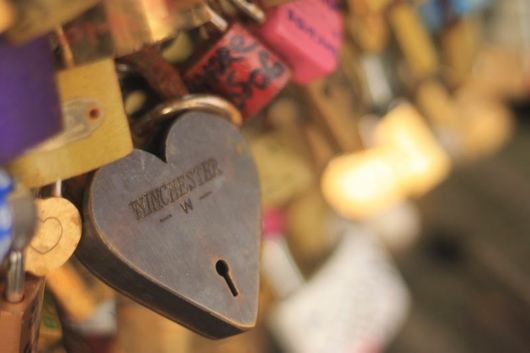 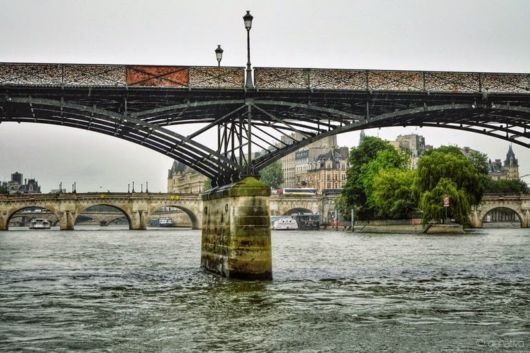