Search
Menu
Search
1. The annoying ritual of making noise at the home of newlyweds 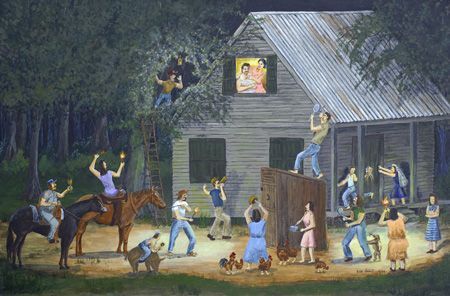 Charivari is probably the most annoying wedding-related tradition we’ve ever heard of. It is a French folk custom in which the community gives a noisy, discordant mock serenade at the home of newlyweds while also pounding on pots and pans . It has been documented since the Middle Ages but likely was traditional before that. It was first recorded in France as a regular wedding activity to celebrate the nuptials at some point after the vows had been taken.

2. The brides who wear rings on their toes instead of fingers 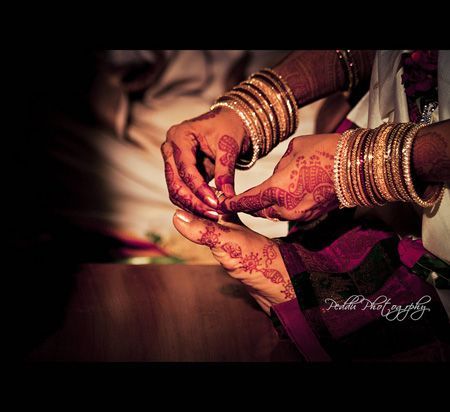 Whereas most jewelry exchanged at weddings involves placing rings on fingers, Hindu brides use the Bichiya, which is the tradition of wearing their wedding rings on their feet. The ring is usually silver and placed on a woman’s left foot, specifically on her great toe (which is next to the big toe). The groom slips the ring on the bride’s foot during the ceremony, and these rings are only worn by married women.

3. The tradition of not allowing the newlyweds to use the bathroom for 3 days 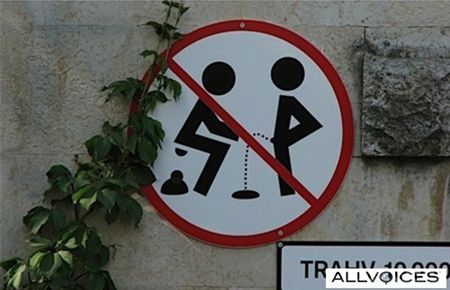 Well, this one can get painful and ugly. Members of the Tidong community in Sandakan, Sabah, Malaysia do not allow newlyweds to go to the bathroom for 3 days and 3 nights. If they do, they will have bad luck, apparently. Bad luck may come in the form of a broken union, the death of children, or even infertility. The couple is starved and given little water.

4. The ritual where guests pay to dance with the bride 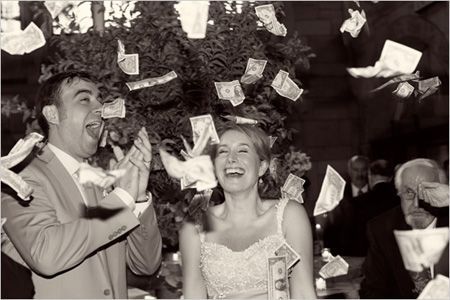 This Polish tradition involves all of wedding guests, the bride, dancing, money and an apron. At the wedding reception, the bride will dance with her father, while a relative holds out an apron. Guests who place money in the apron win the opportunity to dance with the bride. After a time, the groom will throw in his wallet, thus surpassing all the other contributions. He will then whisk away his new wife on their honeymoon.

5. The ritual of smashing dishes 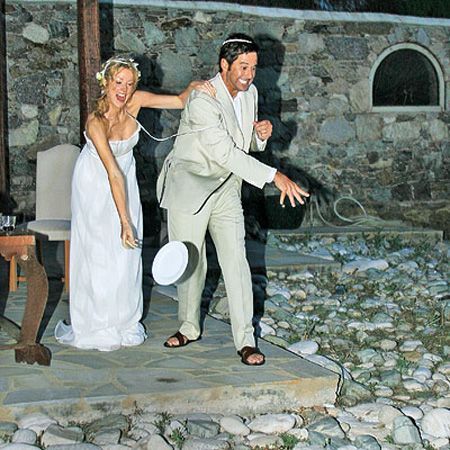 The origin of this tradition is unknown, but it’s thought that the cacophonous sounds caused by the smashing of the cookery represent the inevitable future disturbances that the couple will face throughout their married lives. By breaking the dishes beforehand, the community is preparing the couple for the obstacles ahead and simultaneously wishing them luck.

6. The practice of kidnapping brides 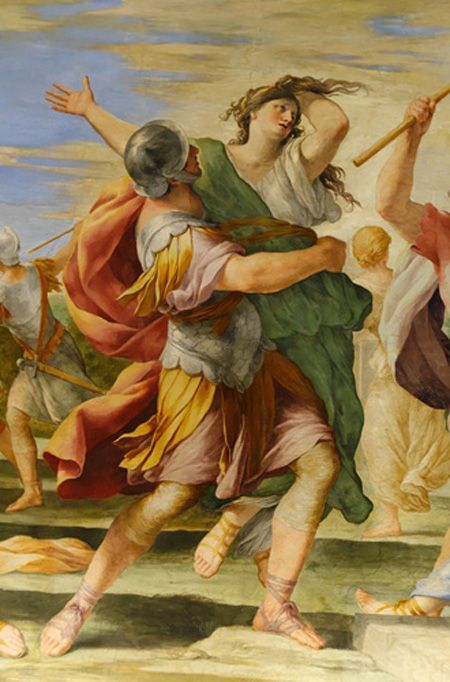 Bride kidnapping, also known as marriage by abduction or marriage by capture, is a practice throughout history and around the world in which a man abducts the woman he wishes to marry. It’s said that bride kidnapping still occurs in some cultures like the Romani, also known as Gypsies. If you manage to forcefully kidnap a girl and keep her by your side for 2-3 days, she officially becomes your wife. Pretty crazy, right?

7. The ritual of marrying animals to exorcise ghosts 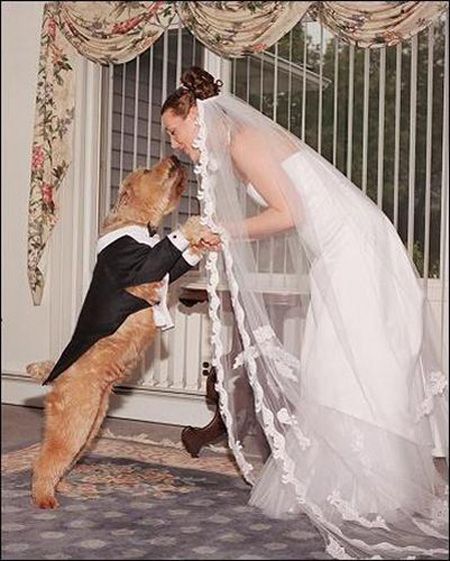 In some parts of India it is believed that if a baby girl has a tooth rooted to her upper gum, it’s the obvious sign that she will be eaten by a tiger or something in the near future, because ghosts hate her. Therefore, she must marry an animal.

The good news is that this is nothing but a mock ceremony and the couple don’t have to consummate the wedding. It’s just to ward off the evil spirits so the girl can marry a real boy some time later.

8. The ritual of blackening the bride 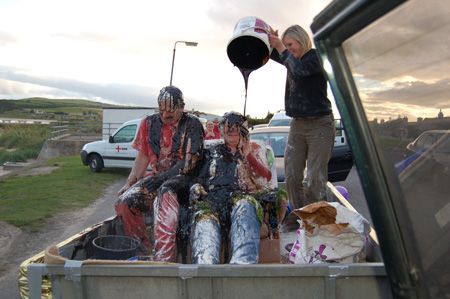 It’s part of a hazing ritual that actually happens before the wedding. The bride is taken by surprise, by hands down the crummiest friends you could have, and covered from head to toe with foul substances such as eggs, various sauces, feathers, and, well, you name it?.The ritual of covering brides and grooms in treacle, soot and flour used to be carried out to ward off evil spirits. It still happens in parts of Scotland.

9. The ritual where grooms jumps over a broom 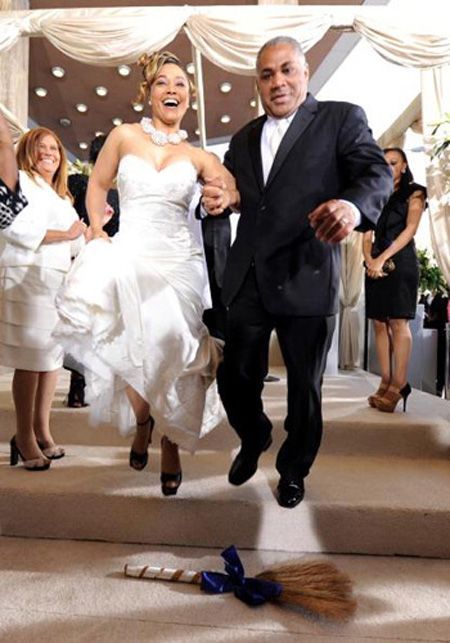 Jumping the broom is a time-honored wedding tradition in which the bride and groom jump over a broom during the ceremony. The act symbolizes a new beginning and a sweeping away of the past, and can also signify the joining of two families or offer a respectful nod to family ancestors.

10. The ritual of beating the groom’s feet 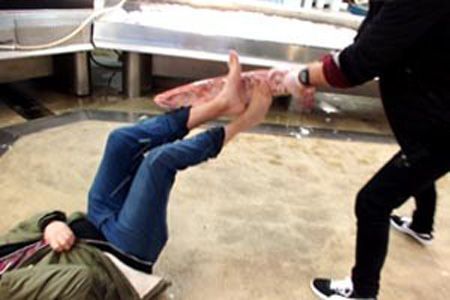 Most men look forward to the conclusion of their weddings, but in South Korea the groom has to endure a beating before he can retire with his bride. After the wedding ceremony, friends of the groom take off his socks, tie a rope around the ankles, and start beating the soles of his feet with dried yellow corvina. Yellow corvina is a kind of fish! It is done to make the groom stronger before the first wedding night.