Riding their way to equality: Inside the Afghan skateboarding school where 40 percent of pupils are females carving a new path for their gender

A non-profit in war ravaged Afghanistan that pairs skateboarding with education initiatives boasts an unlikely student body made up of 40 percent girls.
One of the world’s poorest and most conservative countries seems a strange place to set up a skateboarding school, but the Australian founders of Skateistan who built it from small-time project to award-winning international NGO, say it has proved a remarkably successful way to reach out to marginalized children, particularly girls.
Women can’t ride bicycles in Afghanistan, but skateboarding is novel enough to be open to women and has attracted them in droves to the Kabul school where classes are free, and at the back of the skating section are neat changing areas and classrooms where children can study everything from basic literacy to advanced computing when they put down their boards and take off their helmets.
Founder Oliver Percovich started out with just three skateboards and a dream in 2007, but has since made Kabul his permanent home and dedicated his life to Skateistan, which now also has an arm in Cambodia.
Six days per week, the 5248 square meter facility right next to the Afghan National Olympic Stadium opens as a safe, controlled place for Kabul’s children to play and learn and the innovative program has attracted government contributions from Norway, Germany, Denmark and Canada. 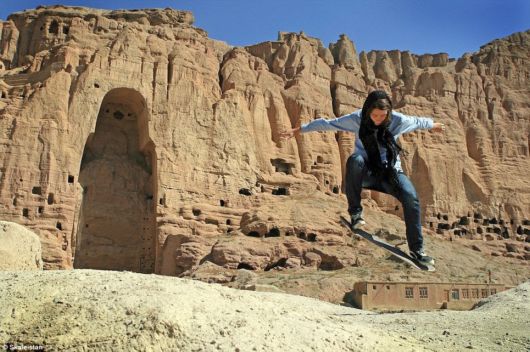 Innovative: Skateistan started in 2007 ago in a dried-up fountain in the heart of the Afghan capital, when two Australians with three skateboards started teaching a small group of fascinated kids 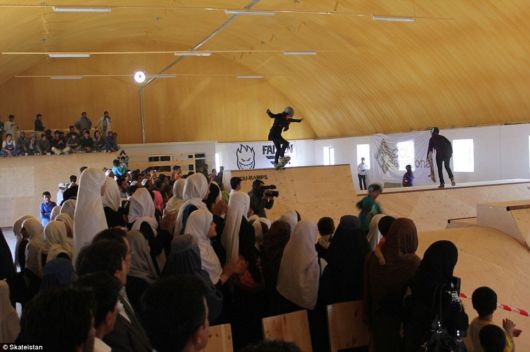 Forty percent girls: Now 350 boys and girls from across all social classes can mix in a giant indoor park that looks like a cross between a military hangar and an urban hangout, festooned with the names of fashionable skating brands that have sponsored the park 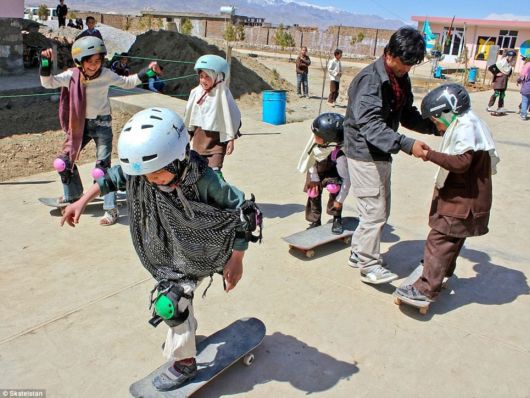 Roaring success: While girls are banned from even riding bicycles in Afghanistan, they are allowed to ride skateboards and Skateistan founder Oliver Percovich says the group has had surprising success with maintaining a positive relationship with the deeply conservative community 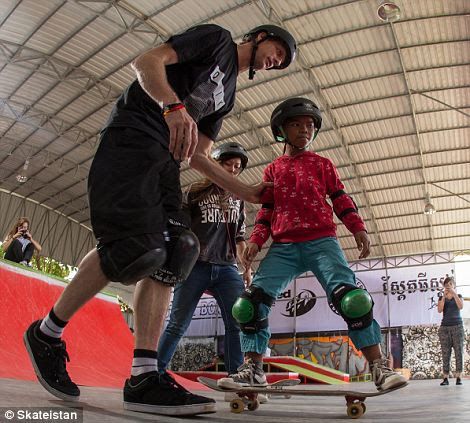 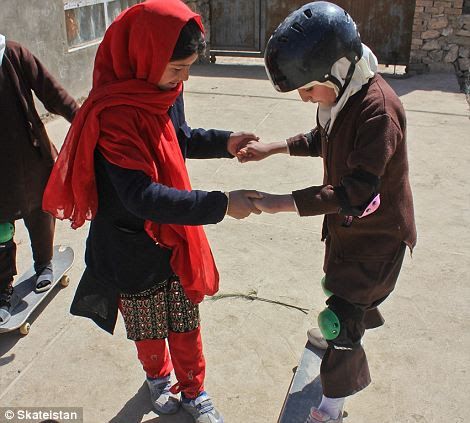 Fast growing: Skateistan began with just three skateboards in 2007, but by 2009 it had its own facility beside the Afghan National Olympic Stadium and now boasts a 350 students. It has also attracted national attention, even getting skateboarding legend Tony Hawk to visit as a guest teacher at its new Cambodia location 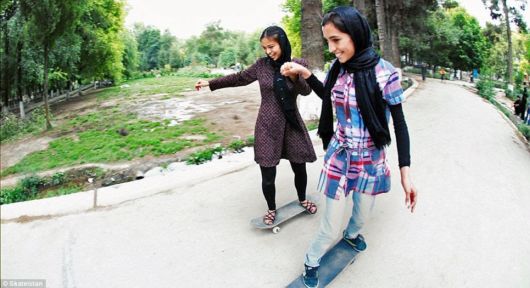 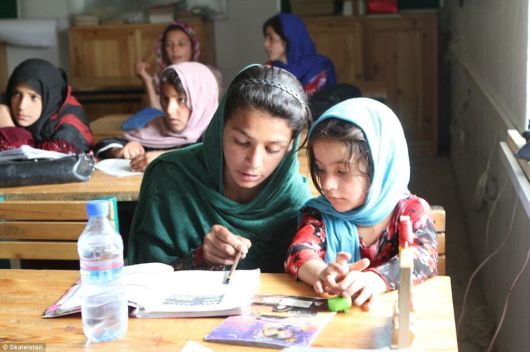 Actively learning: The children first meet for school lessons in everything from the arts, to math and sciences before striking out for a skate lesson 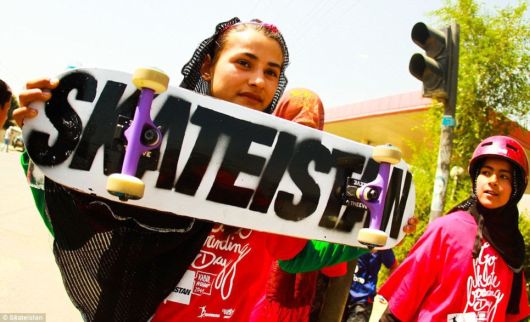 Skateistan’s mission is to ‘use skateboarding as a tool for empowering youth, to create new opportunities and the potential for change’ 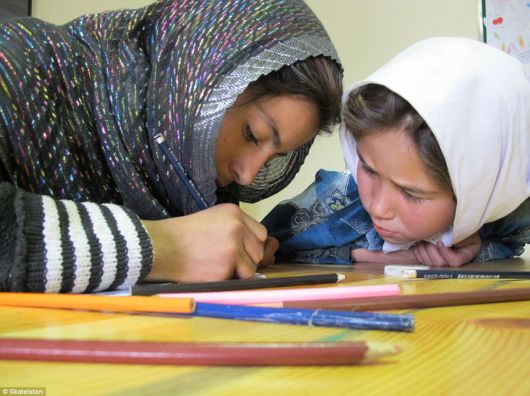 Empowerment: The group is especially focused on empowering girls and the children of Kabul who work outside on the streets to help support their families 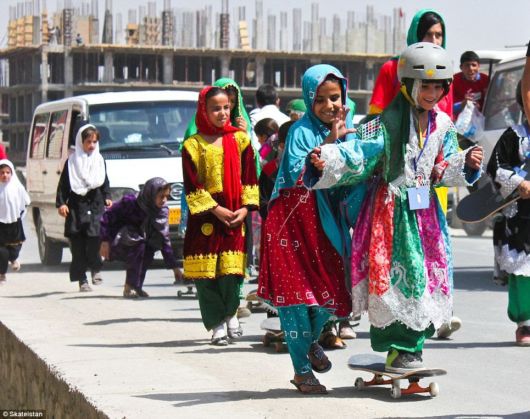 Hard life: Skateistan works with children ages 5 to 18. Fifty percent of them are streetworking children 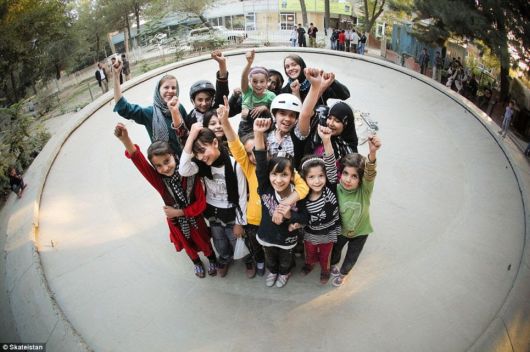 Genius: One of the world’s poorest and most conservative countries seems a strange place to set up a skateboarding school, but the founders say it has proved a remarkably successful way to reach out to marginalized children, particularly girls. 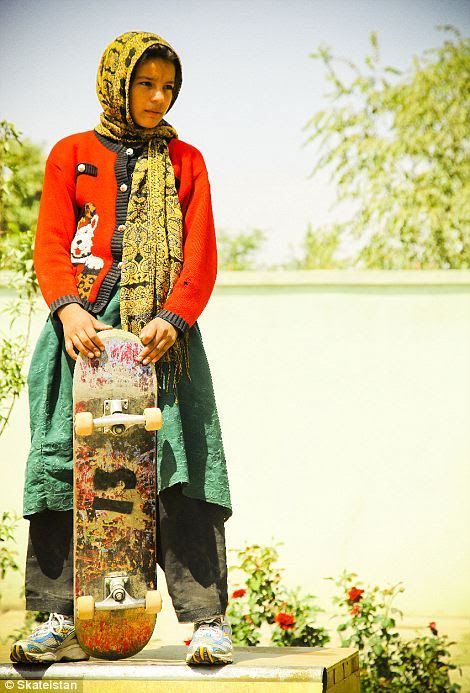 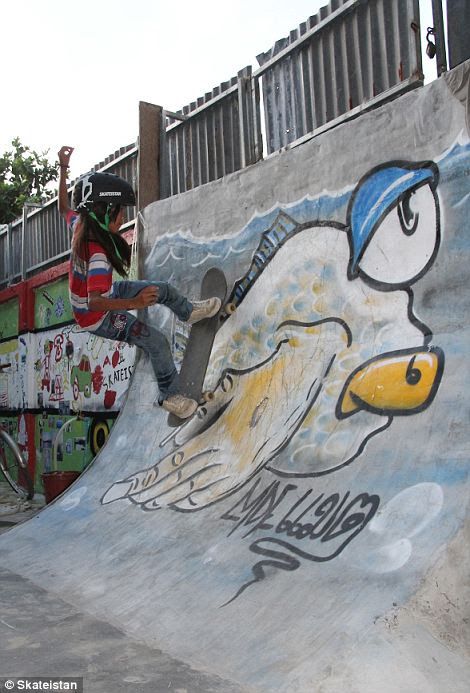 Playing it safe: Students aren’t allowed to skate until after participating in classroom lessons and when they skate they always wear safety equipment 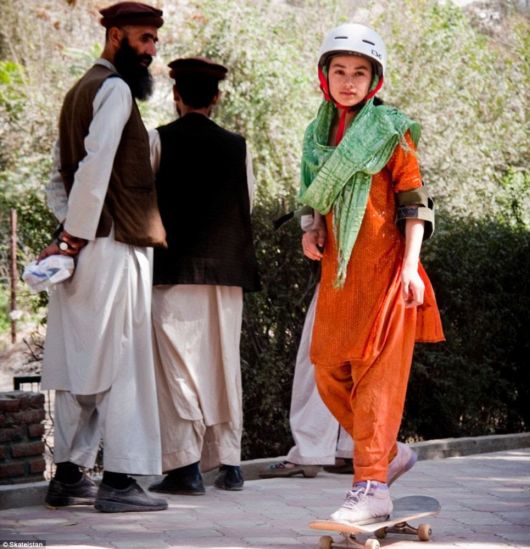 Road toward expansion: Students who show particular promise are often given the opportunity to become instructors at the school, which also now has a facility in Cambodia