When you slather lotion onto your body, light a match, or scoop laundry detergent into your washing machine, you probably don’t think about where the materials that make these products came from.

But in reality, hundreds of people in Indonesia risk their lives each day to secure a necessary ingredient for a variety of goods: sulfur.

The non-metallic, brittle element comes from an Indonesian volcano, which glows blue at night: 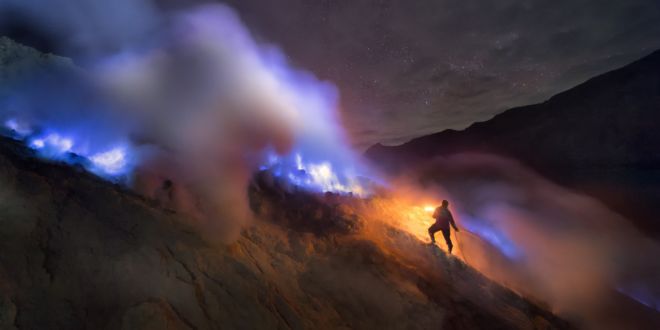 Worker trying to cool down some parts of sulfuric area.Sopon Chienwittayakun/Getty Images

Not all of the world’s sulfur comes from Indonesia, but every day, miners scale the volcano and collect thousands of pounds of sulfurous slabs, which eventually are exported to China and Southeast Asia.
The work is extremely dangerous, and gases from the mine “singe the eyes, throat, and lungs and can even dissolve teeth,” National Geographic reports 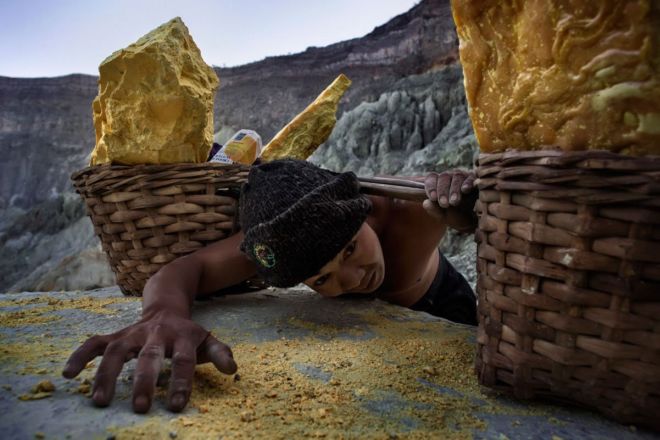 Photojournalists such as Italian photographer Luca Catalano Gonzaga and others have spent days in the belly of the mine, capturing the literally back-breaking work and horrific conditions associated with the job.
The following photos reveal the treacherous life of a sulfur miner in Indonesia.
The Kawah Ijen volcano lies in East Java, Indonesia. 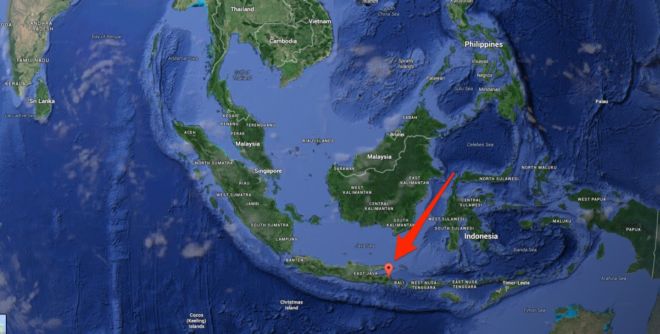 Google Image
The mouth of the mine sits near the foot of the crater, which holds a pool of turquoise water. 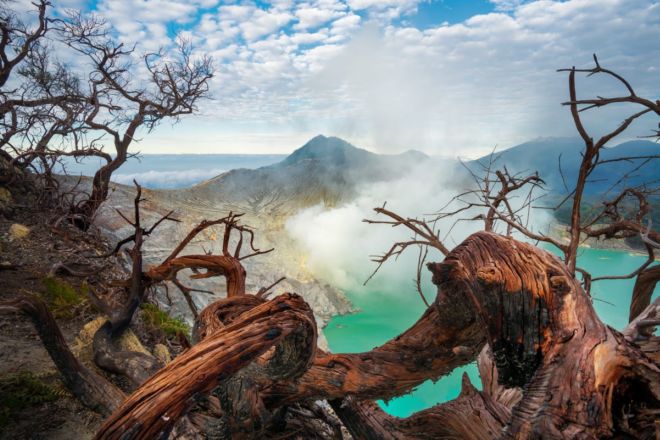 Getty Images
The volcano is part of a complex of steep, conical stratovolcanoes in the Banyuwangi Regency of East Java, Indonesia.

Every night, the volcano emits an eerie blue liquid that appears to be lava … 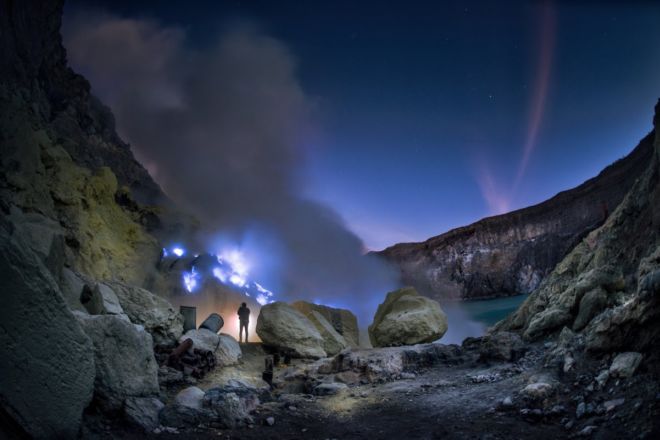 But it is actually the light emanating from the combustion of sulfuric gases. 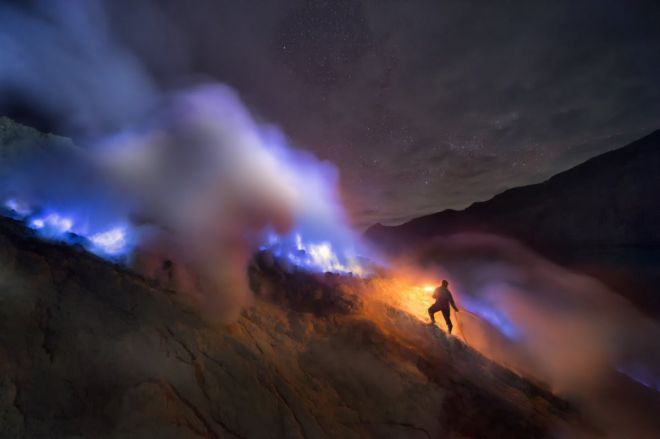 The high temperature and pressure of the sulfuric gasses react with air to produce the faint blue light. 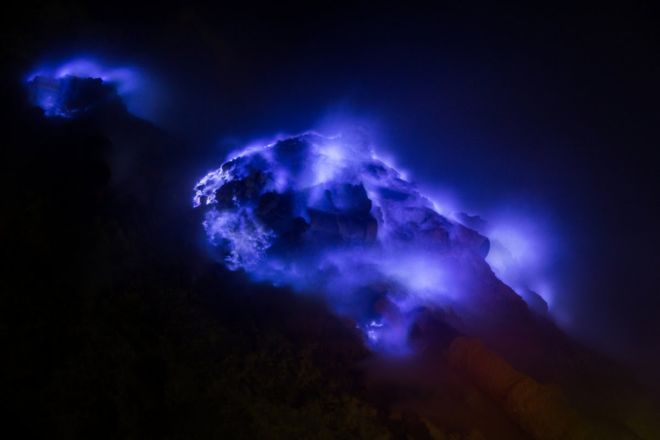