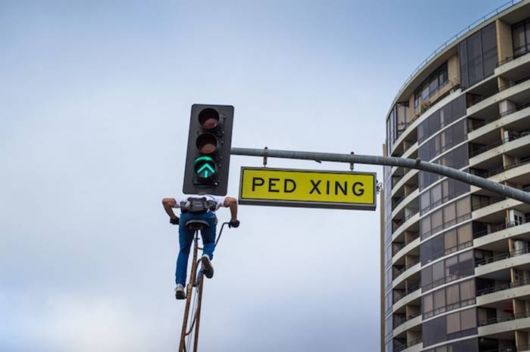 It’s hard to believe, but someone came up with the idea to build the world’s tallest bike. And this one was the designer Richie Trimble. In the stories have already been attempts to build the longest or the most eco-friendly bike, but until now no one and had no idea. The unique 4.5-meter-long bike was designed specifically for the annual event CicLAvia VI, which constantly collects in Los Angeles, a lot of people, especially cycling enthusiasts. 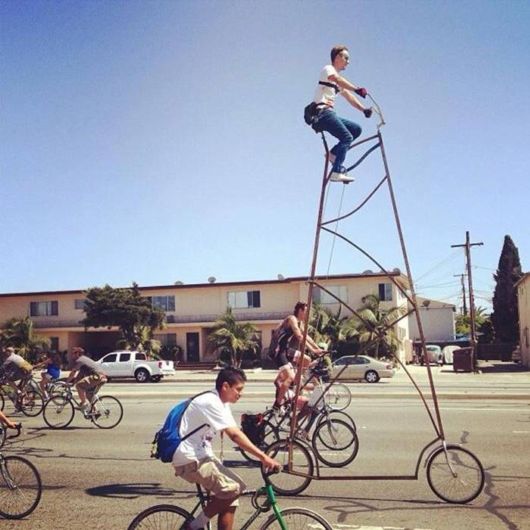 Ride a bike, though this is not very convenient, but still it is quite possible, moreover, can be seen all around, as the palm. The only thing preventing hanging lights and signs, on which you can accidentally hit his head. Most importantly, time to bend his head to dodge the metal signage, etc. 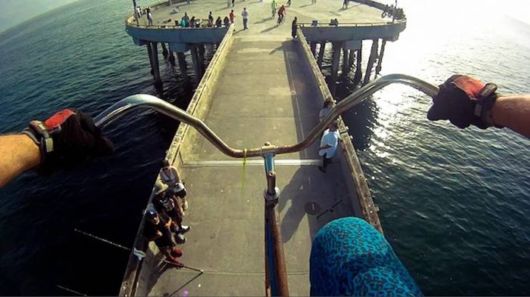 Designer and at the same time devotee of cycling and veloprogulok only took 12 hours to bring his idea into reality and build the world’s tallest bike. Surprised residents of Los Angeles, not to mention the police, in amazement and mouth wide open eyes when he saw a similar design on the roads of the city. 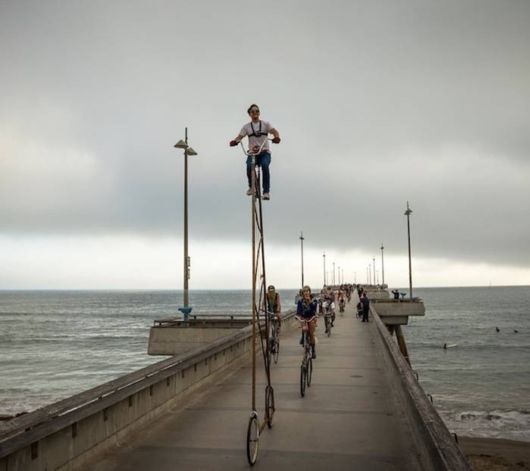 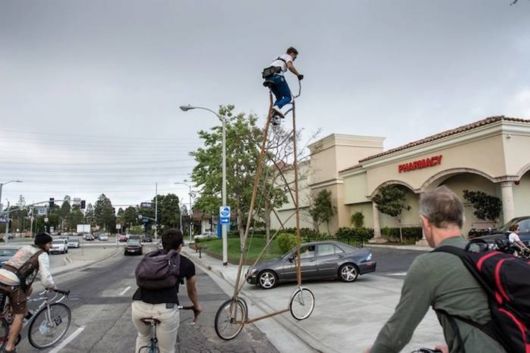 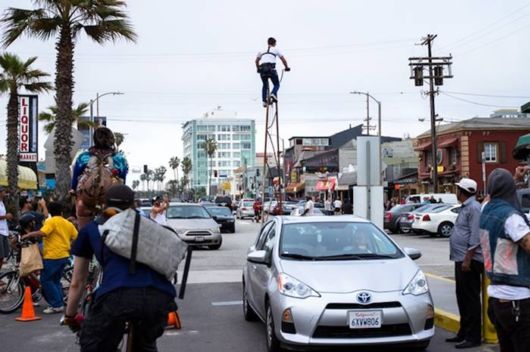 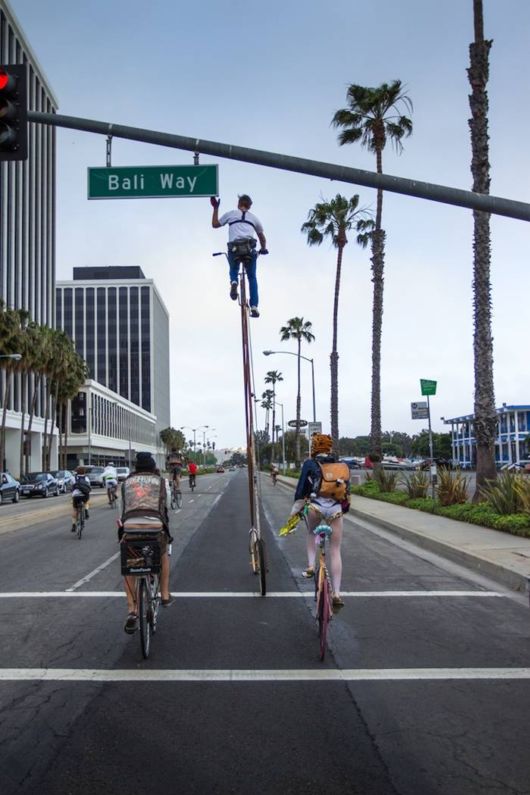 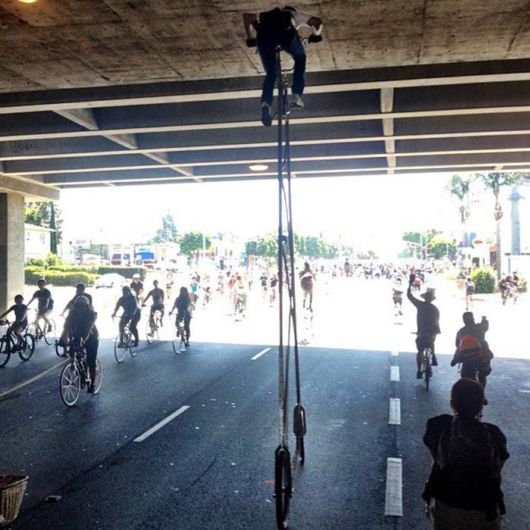 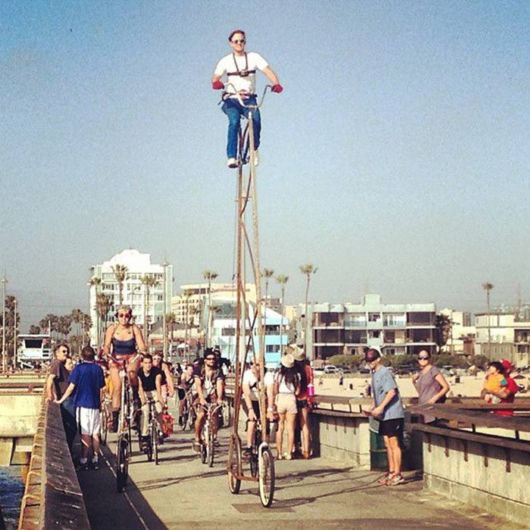 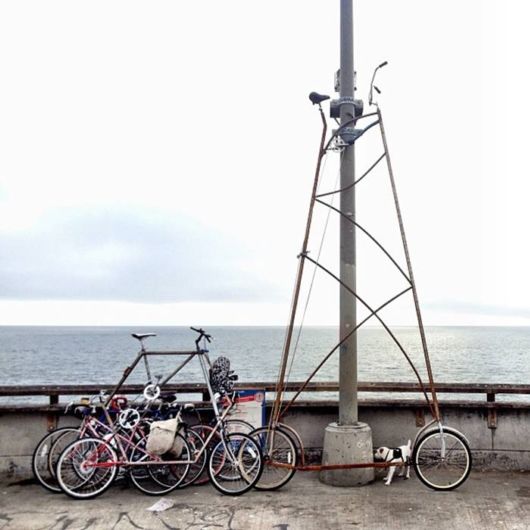