Some of the following creatures are known to have dated back further than the Middle Ages
making great grandparents seem like youngsters. From the youngest to the immortal, check out
round-up of nine animal species that hold records for their freakishly long life spans.

The first spot on the list belongs to the worlds longest living person ever.
Born on 21 February 1875 and passing away on August 4, 1997, this French woman holds
the longest confirmed lifespan in history, living to the grand old age of 122 years 164 days.
Outliving both her daughter and only grandson, Madame Calments genes may have contributed
to her longevity since her father lived to 94 and her mother 86.
According to several news reports, she is the last person lucky enough have met
the artist Vincent Van Gogh, who allegedly visited her fathers fabric shop in 1888.

George the lobster: 140-years-old
Activist Neil Robinson carries 20-lb lobster George onto the rocks
in Kennebunkport, Maine.
A New York restaurant was lucky enough to offer the most mature crustacean
ever caught on their menu.
At a massive 20lbs and born in 1869 – the same year as leading men, such as
British Prime Minister Neville Chamberlain and French painter Henri Matisse,
giant lobster George was picked up from the icy waters of the Atlantic.

Manager of City Crab and Seafood restaurant, who bought George for $100 (£68)
said that a lobsters age can be estimated by weight, with weight increasing by
around a pound for every seven to ten years of life. Fortunately for George,
after animal rights organisation PETA received a tip-off from punters about the tiny tank
it had to live in, PETA managed to persuade the Park Avenue eatery to release
George back into the wild.

Geoduck: 160-years-old
Recognised as a large edible saltwater clam with a six-inch-long shell
and a neck that extends up to about four feet, geoducks (pronounced gooey ducks)
are a native species of the Pacific Northwest of the US
and coastal areas of British Columbia, Canada.

The geoduck market is predominantly based in Asia with an expanding one in the US
as the American sushi industry has sparked a rise in domestic demand for the odd-looking
seafood delicacy. Burrowed in deep muddy waters, the oldest living
geoduck was recorded to be 160-years-old, but on average they live between 140 and 160
when not hunted by predators or eaten by humans.
According to scientists, a geoduck’s longevity is the result of low wear and tear
as they dont have to do much in order to survive.

Bowhead whale: 211-years-old
Dubbed, the old men of the sea by a US reporter, bowhead whales are the oldest mammals
on Earth living on average between 100-200 years.
One individual whale is documented to have lived to the ripe old age of 211.
By tracking changes in amino acids in the lenses of their eyes, scientists are able to
determine the approximate ages of bowheads.

Biologist Craig George found the key to their long existence.
He said: The bowhead’s tough environment – cold water without abundant food available
forces it to maintain a great body mass, an effective system for fat storage and an efficient
mechanism to keep warm.
The stress of living in arctic waters may nurture the whale’s pattern of slow growth
and long life.? In the past, bowheads have been hunted to near extinction.

Koi fish: 226-years-old
Koi are a domesticated kind of the common carp kept for decoration in artificial rock pools
and ponds, there are types which are known to age to more than 200 years.
One of the longest living vertebrate ever recorded, Hanako translated into English as
Flower Maid is proof that women do live longer than men.

The 5lb female fish from Japan died at the age of 226 in 1977. Born in 1751, 25 years
before American independence, her old age could be accounted for by removing one of her
scales and examining it extensively, similar to counting rings of a tree. 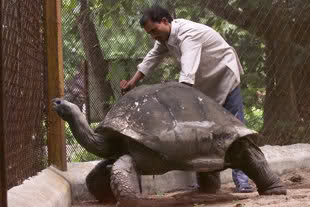 Tortoises: 255-years-old
A zookeeper tends to Addwaita, a giant Aldabra tortoise,
at the Alipore Zoological Garden in Calcutta, India.

A tortoises long life span has been linked to the reptiles slow metabolic rate.
Experts reckon as a general rule, animals with a high metabolic rate die early,
and those that burn energy more slowly can live on for decades.

Reports in the media are frequently claiming that the worlds oldest tortoise has died
take Harriet and TuI Malila for example, who died at 175 and 188-years-old respectively.
But, Addwaita, a tortoise that lived in Bengal is estimated to have been around 255 when it died,
making it just a toddler around the time of the American Revolution.

Its age was verified by a technique called carbon dating, confirming Addwaita as one of the
oldest creatures of modern times.
His long life ended when his shell cracked and a wound developed some months
before his death from liver failure in March five-years-ago. 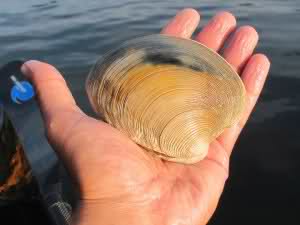 Quahog: 410-years-old
Another seafood delicacy sets a record in the animal kingdom.
In 2007, a specimen of clam was plucked off the coast of Iceland.
By drilling through its cockle shell and counting each ring, the Arctica Islandica
was claimed to be the longest-living animal species ever recorded by researchers
at Bangor University.
Nicknamed Ming after the Chinese dynasty that ruled when the clam was born and
its Siamese-like appearance, the clam was estimated to be aged between
405 and 410-years-old.
Unfortunately, poor Ming died as it was being assessed by researchers.

Antarctic sponge: 1550-years-old
One specimen of this slow-growing Antarctic Ocean dweller is estimated to be
over 1550-years-old.
To put it in perspective, the specimen could have been living in 461AD ? the same year
that on March 17th St Patrick died.

Though it may look more like a plant as it is immobile, scientists do class this sponge
as a living creature with its lack of exertion and extremely slow growth contributing to its
scarily long life span. 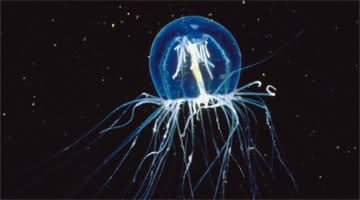 Turriptosis Nutricula: Immortal
This remarkable jellyfish-like creature tops our list as the world?s oldest living creature
in terms of having no natural limit to its life span.
The unique species is considered to be the world?s only biologically immortal animal,
according to marine biologists at the Smithsonian Tropical Marine Institute in Florida.

A native to the warm salt waters of the Caribbean seas, the animal has been spotted
far from its home in Spain, Italy, Japan, and the Atlantic side of Panama in recent times as it is
thought they are silently invading the oceans by attaching themselves to ballast water tanks of ships.
So what is its secret to anti-aging?

The tiny transparent sea creature, which is about the size of a fingernail,
can regenerate its entire body over and over again through a process called
transdifferentiation as it is able to turn one type of cell into another.