To explore how people identify and react to things perceived as dangerous, artist Wei Li and her team Bold or Italic created a series of friendly items disguised in some very unfriendly ways.

The project became known as Dangerous Popsicles: Aesthetics of User-Unfriendliness. It features everyone’s favorite frozen treats, popsicles, in the guise of things you definitely don’t want to put in your mouth. The popsicles take on the shape a variety of spiky desert plants as well as the shapes of MRSA, chicken pox, E. coli, influenza and HIV.

Sketches of the popsicles’ designs. 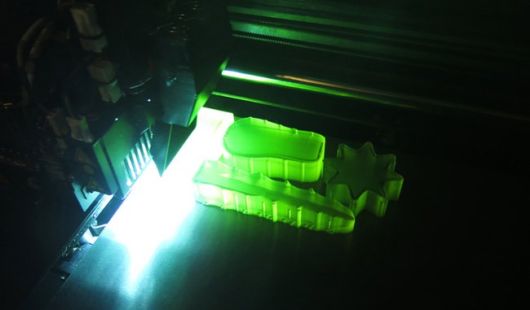 The shapes for the popsicles are printed using an Object Connex 500 3D printer, and were designed with Rhinoceros CAD software. Several pieces are combined to get the shape of one popsicle. 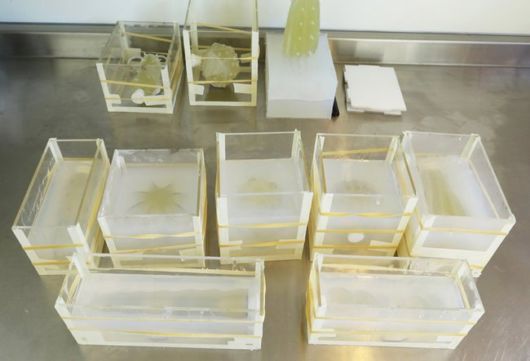 Silicone molds are created around the shapes. 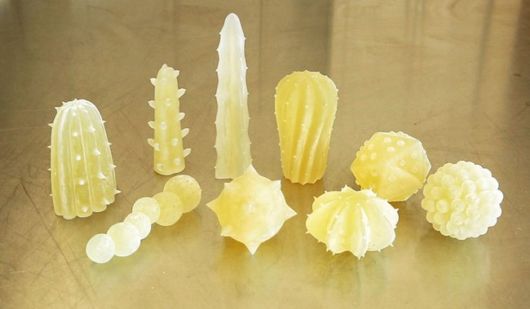 A trial run of the shapes.
The shapes were created by 3D printing models of the desired popsicle shapes, then building molds from silicone around those shapes. Then, once the hollow molds were formed, the sugary liquid was poured in and left to freeze. When the mold was removed, the popsicles, in their foreboding and intricate glory, were revealed. The molds were designed to come apart in four pieces, and can be reused. 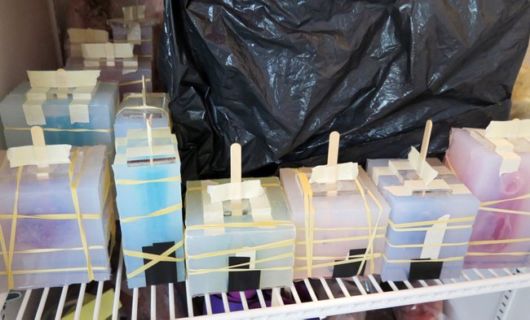 Popsicles in the freezer. 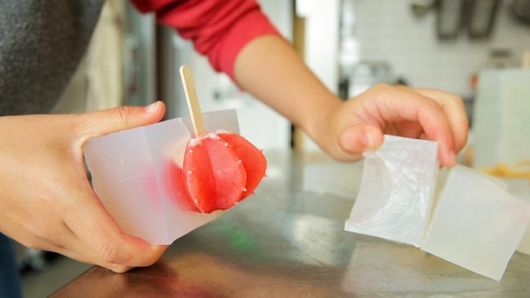 The molds come apart in 4 parts, allowing for intricate shapes to be formed. 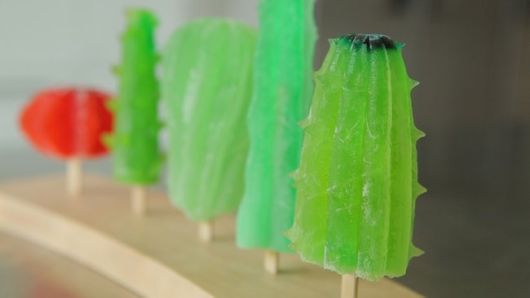 The final product of the cactus popsicles. 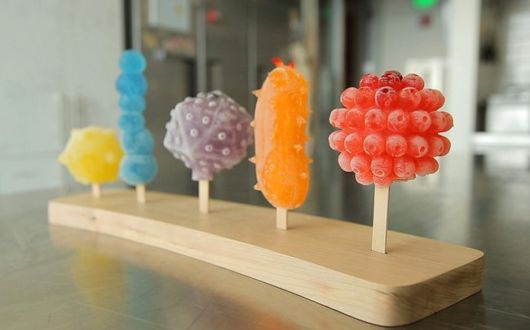 …and the virus popsicles. 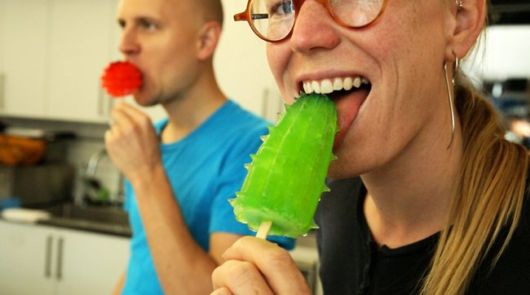 Mmm! Influenza and cactus!
Though the popsicles are made of sugar, water and food coloring, and thus completely harmless, the spiked shapes of the cacti and the germy shapes of the diseases are immediately off-putting. This is because, Li and Bold or Italic maintain, we identify things first by sight before deciding whether or not something is dangerous. The popsicles, besides being humorous and perfectly edible, are an exploration of how humans interact with the world around them.