It’s not always easy being an animal, but sometimes, life can be pretty sweet for all creatures great and small. Read on to discover ten ways in which animals can be treated like kings and queens of the animal world! 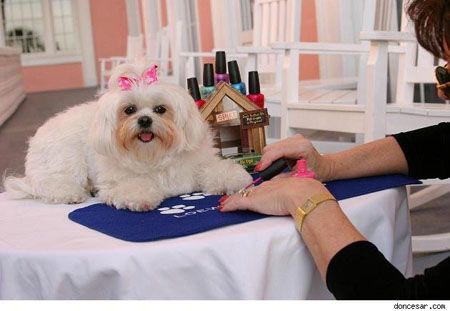 There are more and more businesses cropping up that specialize in not just grooming your pets, but treating them like royalty, too! One such company is the Beverly Dog Spa in California, where pampered pups can enjoy a full day of relaxation and pampering including aromatherapy, exfoliation, coat treatments, facials, and jacuzzi baths.

2. Thorn the giraffe gets daily pedicures 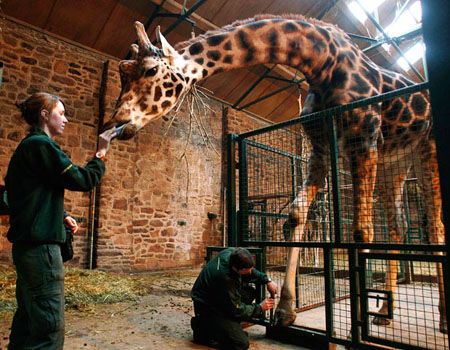 England’s Chester Zoo is home to Thorn, a giraffe whose hooves need regular sanding to avoid pressure on his joints that could lead to arthritis and other problems. By using food rewards and voice commands, the zoologists were able to train Thorn to hold still and allow his pedicure to take place without having to anesthetize the 16 foot animal, thus minimizing the trauma of these health-boosting treatments. 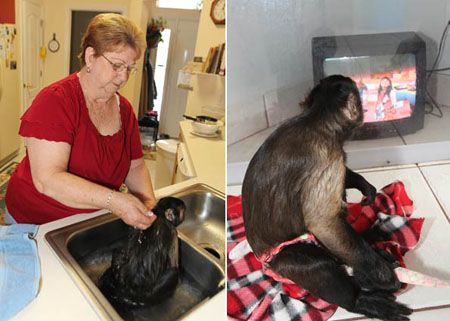 Florida resident Audrey Ricci is the proud "mother" of two pet monkeys. Ricci treats the monkeys exactly like human infants, bathing, dressing, diapering, feeding, and even letting them watch cartoons on their own television sets. 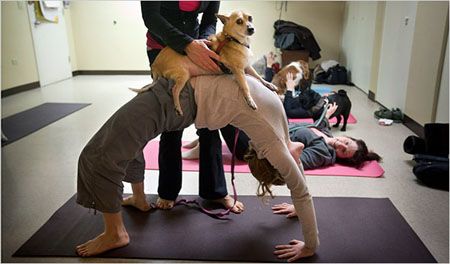 Yoga is a time-honored practice that has been popular 2,500 years… but now, it’s not just for humans! Introducing "Doga," a practice for humans and their canine companions that combines massage, meditation, and gentle stretching. What started as a fad in Asia has now moved Stateside, and dogs and their owners can now find a Doga class in just about every major city in the U.S. 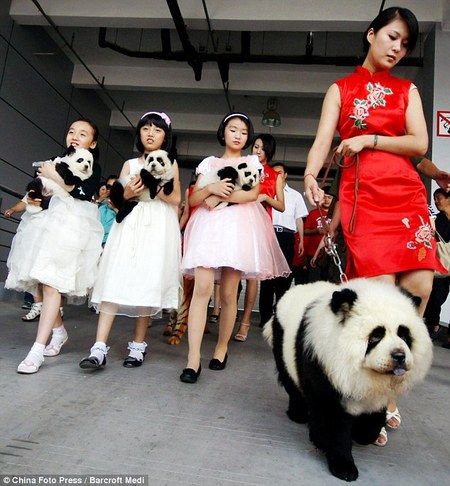 Hair dye is not just for people anymore! In China, dying dog’s fur so that they resemble other animals is becoming all the rage. Tigers, panda bears, you name it! Your dog can resemble any creature in the animal kingdom. 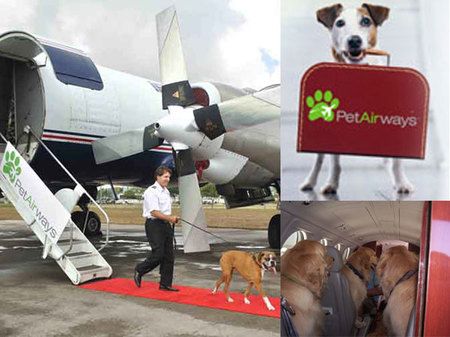 Florida-based Pet Airways specializes in flying your cat or dog from one city to another in style — first class style, to be precise. "Pawsengers" are walked prior to the flight and checked on periodically by trained flight attendants, and arrive at your destination refreshed and ready to purr-ty. (sorry) 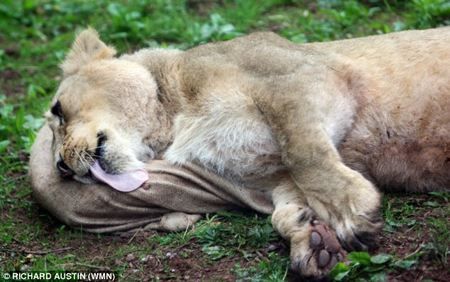 Paignton Zoo in Devon, England, has discovered that their big cats respond favorably to certain aromas. Indu, the female lion (pictured above) loves her peppermint-scented pillow and often carries it around and sleeps with it, while Misha, the tapir, enjoys having her back rubbed with soothing almond oil.

The zoo is also performing aromatherapy trials with monkeys, and found that the monkeys respond best to citrus and fruity smells.

8. Taking the dog for a stroll? 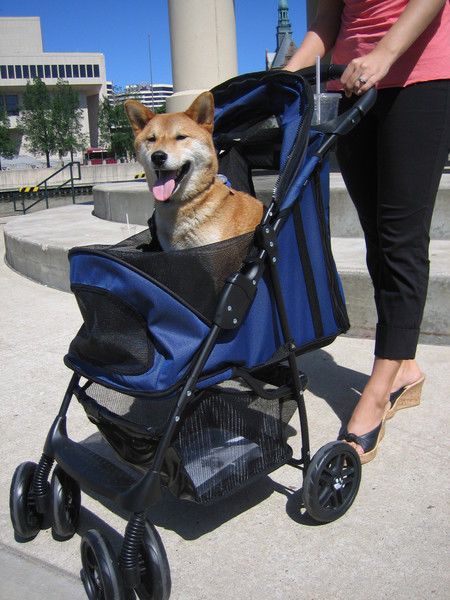 Why walk when you can ride? Pet strollers are becoming more and more fashionable, but for the life of us, we can’t figure out why…. 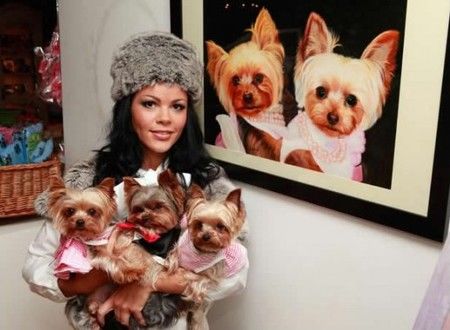 England’s Louise Harris has spent over $160,000 in three years on her three Yorkshire terriers. Harris treats the dogs to weekly massages and grooming sessions and dresses them in outfits and collars bejeweled with Swarovski crystals, emeralds, and rubies. The dogs sleep in their own four-poster bed and receive thousands of dollars in Christmas presents each year.

10. Home-cooked meals for your dog 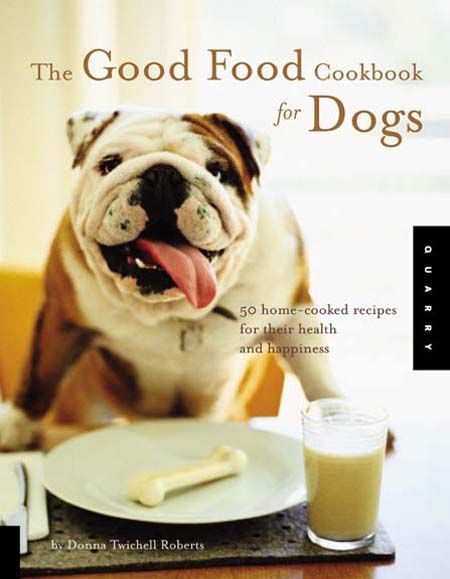 Due to large recalls on commercial dog foods, more and more people are resorting to cooking homemade meals for their dogs. There are a wide variety of canine cookbooks on the market, including The Good Food Cookbook For Dogs, pictured above.