Ignorance is no defense ? especially when it comes to ignorance of the laws in countries you plan to visit. While it may seem natural to study some of the general customs and laws in major foreign countries you might not expect, for example, to have to look for strange law changes in somewhere like Florida. Most places in the world are relatively easy to get along in. Some strange laws are nothing more than folklore. Every once in a while, though, you?re going to run into something a bit off the wall and it?s important for you to be prepared in advance. 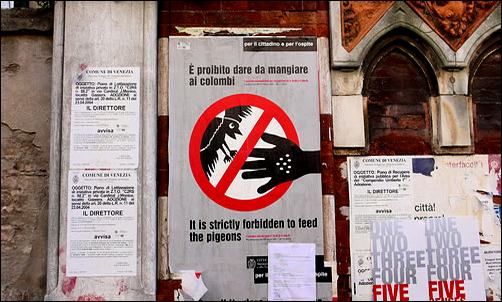 In Italy it is illegal to feed the pigeons. Ok, that?s a bit of a blanket statement. The rule actually has the potential to change from city to city. Make sure you leave the pigeons alone while you?re in Venice, though ? the locals are tired of cleaning up pigeon poop. You?ll also want to avoid jumping into fountains, walking around without your shirt on (would you DO that as a tourist), and sitting on the sidewalk to eat your lunch. Fines range from a warning to monetary infractions anywhere from $50 to $600. 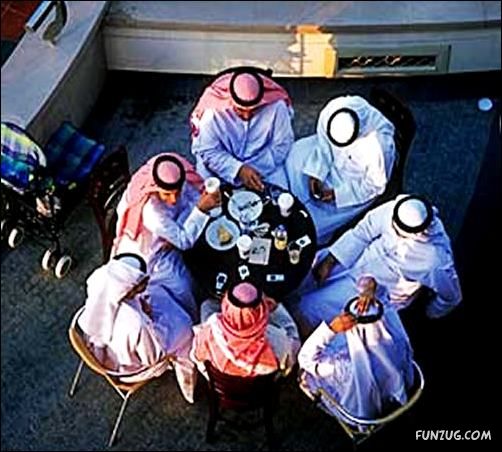 Before you leave for the United Arab Emirates you?ll want to make sure you aren?t visiting during Ramadan. During that time you are not allowed to eat or drink in public during fasting hours (ie. daylight hours) at all. Think we?re kidding? Tourists have been fined up to $275 for drinking juice in public. Avoid public displays of affection as well unless you want to spend a few months in jail. 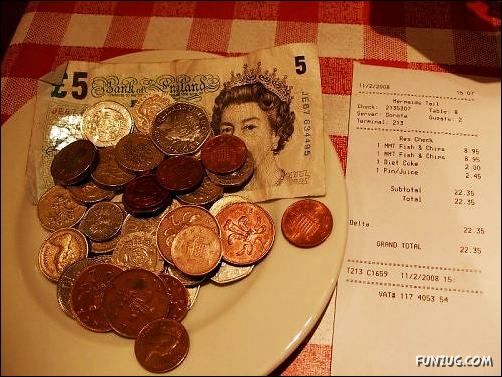 Ever have the urge to empty your piggy bank of quarters and run down to the corner store? Don?t do it in Canada. The Currency Act of 1985 prohibits consumers from using unreasonable amounts of coins to pay for purchases. This means you can?t pay for an item in all coins (especially if it?s over $10). Even the use of dollar-coins is limited. The shop owner has the right to choose whether or not he wants to take your coins but doesn?t have to. 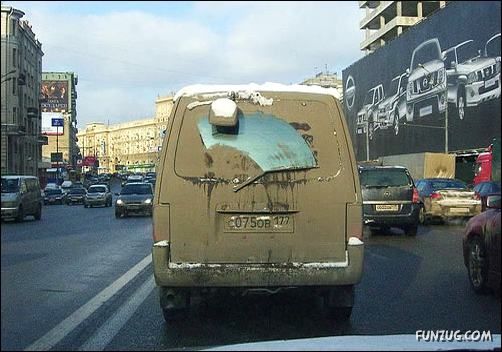 In the beautiful city of Moscow it is illegal to drive a dirty car. The definition of dirty, however, is up in the air. Is a dirty car one on which you can draw pictures in the dust? Does it hide the license plate? Does it make the driver invisible? We suppose you?ll find out if the police poll you over but the fines tend to be whatever the police decide to charge you ? unless, of course, you offer him a bit of cash.

6. LEAVE YOUR HEADLIGHTS ON (DENMARK) 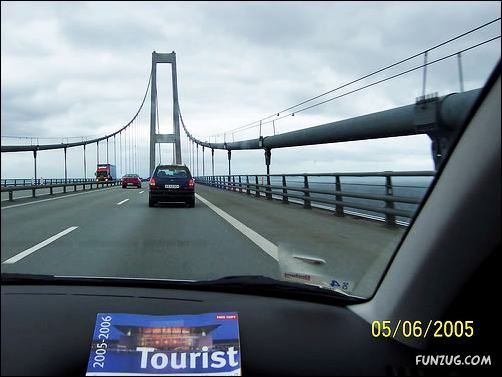 5. DON?T STOP ON THE AUTOBAHN (GERMANY) 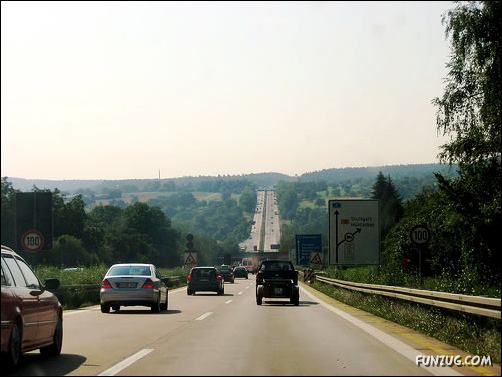 You?ve heard of the Autobahn, right? The notorious German road where there are no speed limits? Make sure you fill your gas tank BEFORE you get on this daunting road. It?s illegal to pull over on the side of this road for any reason and, if you do, it?s illegal to get out and walk. You are, after all, endangering the lives of the people who are still driving at warp speeds.

4. PUT YOUR SHIRT ON (THAILAND) 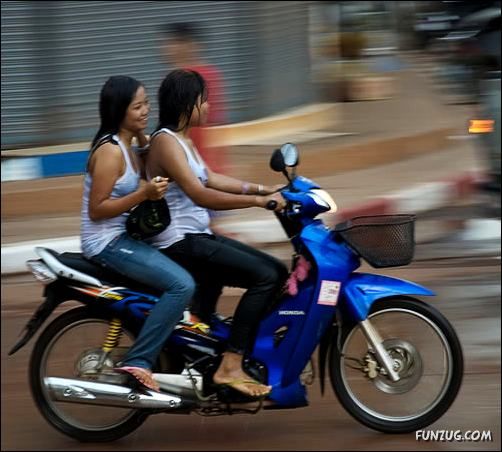 In Thailand it is illegal to drive a car or motorcycle without a shirt on ? regardless of how hot it is that day. Punishments range from verbal warnings to tickets costing about $10. This is no joke ? the local police will pull you over. 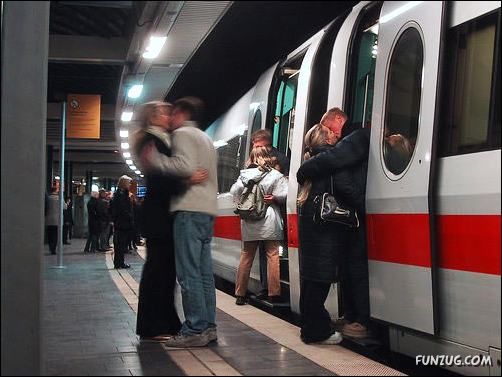 Love died a little bit on April 5th of 1910. Lovers spend so much time kissing each other goodbye at train stations that trains were actually running late. The law is relatively old, though, and really isn?t enforced today ? in France, that is. In Warrington Bank Quay in England, however, you?ll be asked to move your goodbyes to the ?kissing zone.? 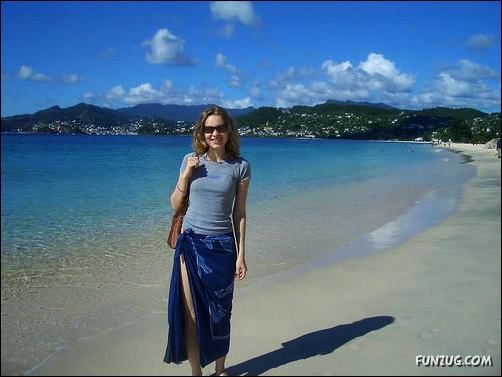 The folks at Grenada really do have a point. Cruisers visiting the beaches for day excursions have taken to strolling city streets in nothing but their bathing suits. In order to reign in a sense of decency, the city has instituted a fine for those who aren?t wearing decent clothing off of the beaches. Fines can reach up to $270 but the local tourist boards would like you to believe that the law is not enforced. Perhaps its best to simply cover up rather than trying to find out for yourself. 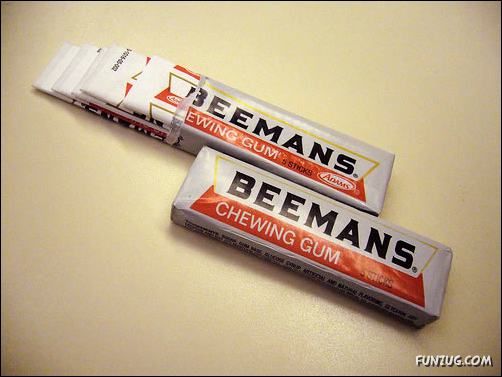