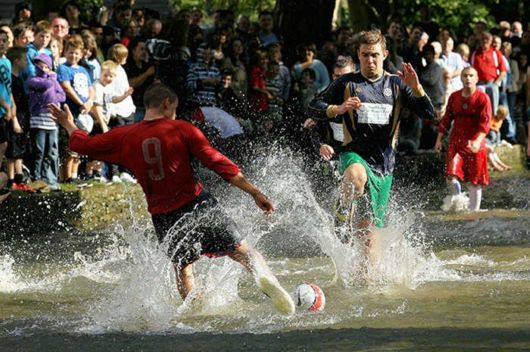 Traditional Football in the River Match Played in Burton

Every year, during this time, the usually peacefully trickling River Windrush is invaded by two boisterous teams of local players, battling it out for victory in the annual Bourton-in-the-Water Football in the River match. Hundreds of spectators gather around the grassy river banks to watch the teams fight it out among themselves, in a tradition that is over 100 years old.

Two teams of six from Bourton Rovers Football Club compete in the unique football match trying to control the ball in knee to ankle deep water. Plenty of waters are splashed about and spectators are advised to wear waterproof clothes if they plan on getting very close to the action. Splashing is all part of the fun.

This year?s match was held on Monday, August 30, and was watched by over a thousand spectators. 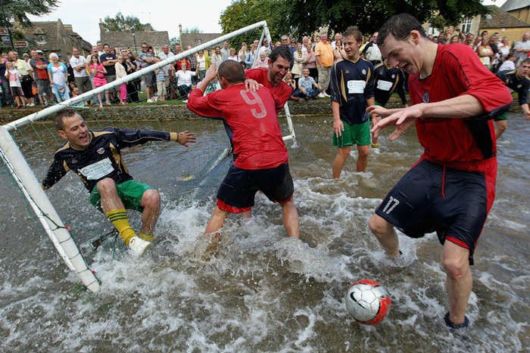 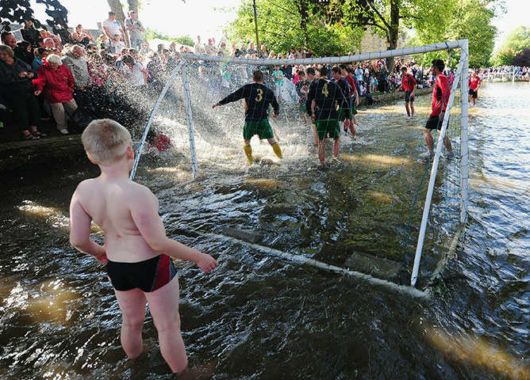 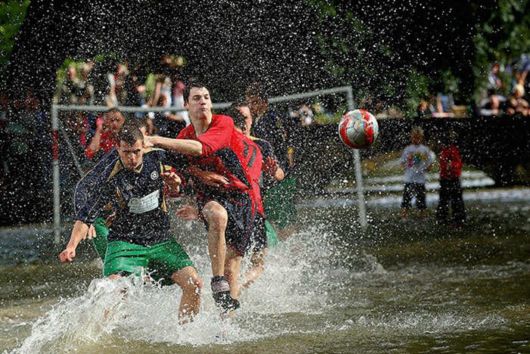 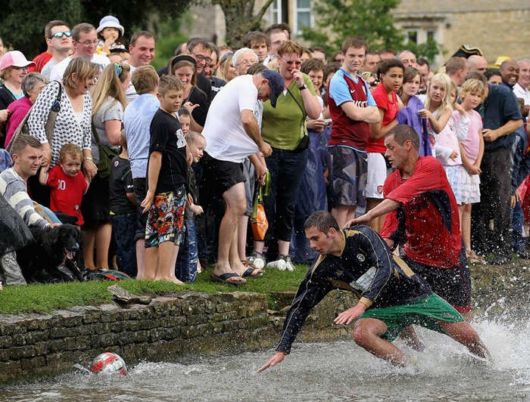 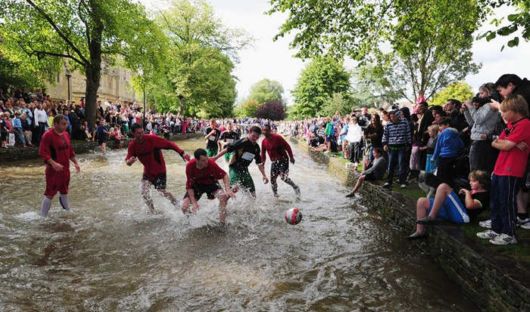 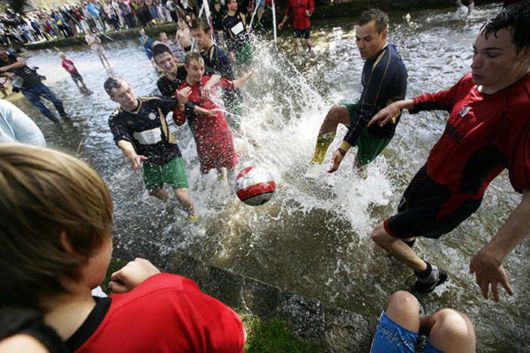 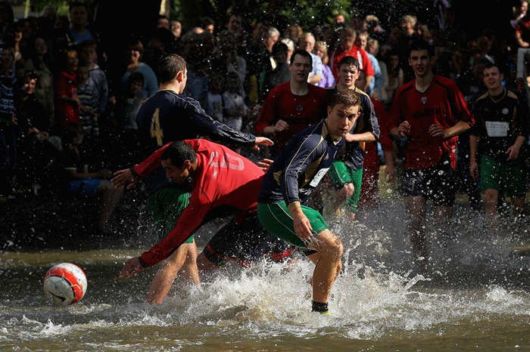 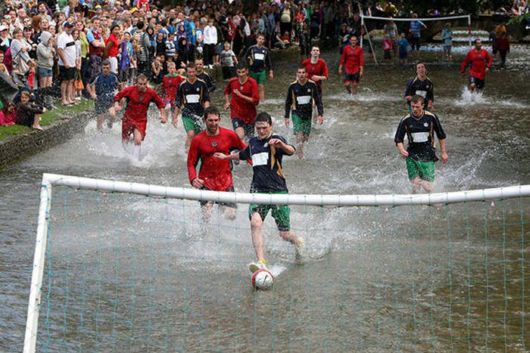 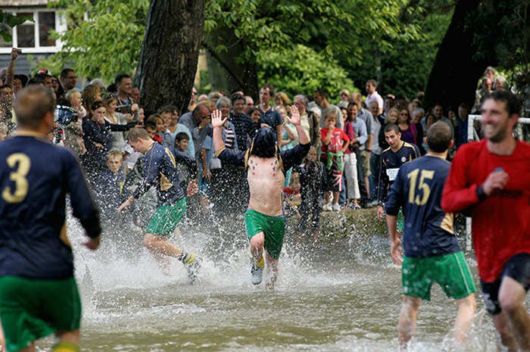