In photo is the traffic jam on G4 Beijing?Hong Kong?Macau Expressway on October 6, 2015, as National Day holidays draw to end and people are heading back.

The congestion is due to a new checkpoint ahead. This National Day Golden Week sees an explosion in tourism. Transportation statistics show that over 750 million Chinese are in the moving, which is half of the nation?s population. The figure marks a 6.1 year-on-year increase.

This year, the Mid-Autumn Festival on September 27 is followed directly by the “Golden Week” from October 1 to October 7. With a total of nine-day-holiday, the historic daily passenger loads on Chinese highways and railways have exceeded the figures from this year’s Spring Festival Travel Season. 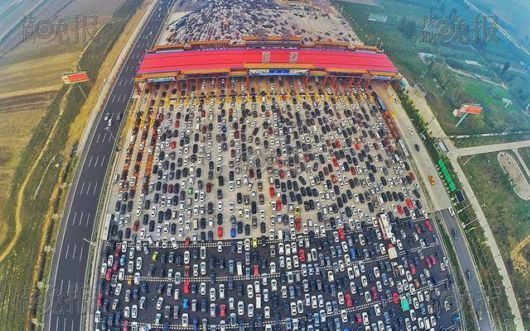 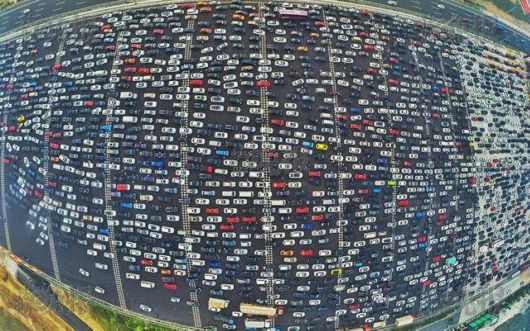 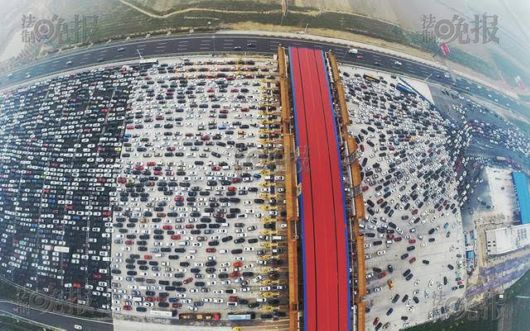 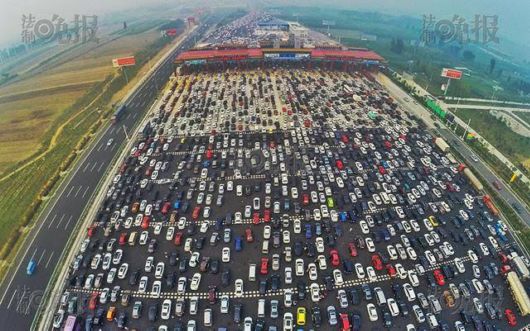