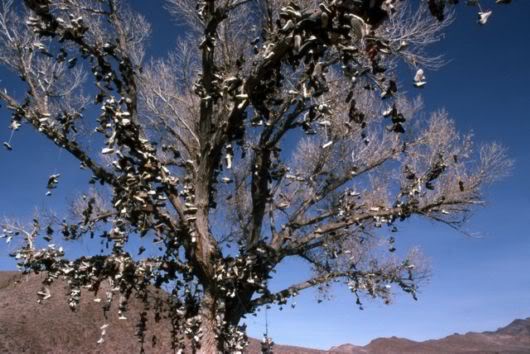 Shoe Trees may be the greatest embodiment of the American Spirit you can find on the highway (free of admission charge, anyway). While cultural anthropologists trumpet the aggregated populist statement of the gum tree or the gob rock, we believe Shoe Trees soar to greater heights. On Highway 50 near Middlegate, Nevada, a lone cottonwood stands, clotted with hundreds of shoes. One tipster tells us the first pair was thrown during a wedding night argument by a young couple; later, their children’s shoes were added to the bough. Whatever its origins, the tree now seems to suck up all the discarded footwear in the county. The original Mud Flat Shoe Tree south of Altura, California was cut down in 1993, but second generation Shoe Trees sprouted along Highway 395. One of them, the Ravendale Shoe Tree, features scores of sneaker pairs dangling from branches, a strange ritual by bored locals. Not a fully developed shoe tree, but far from anywhere. 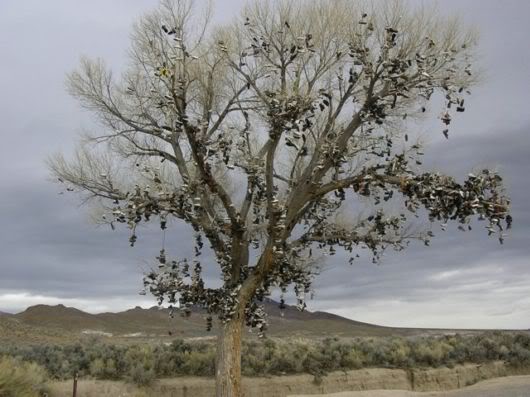 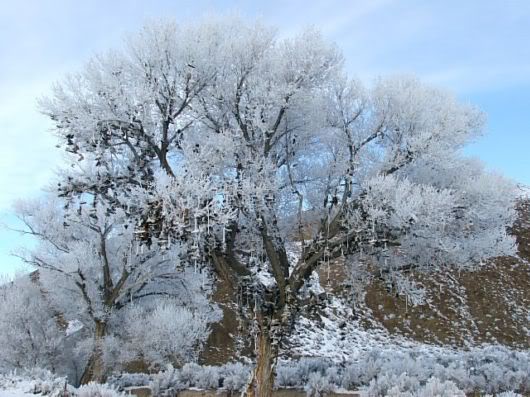 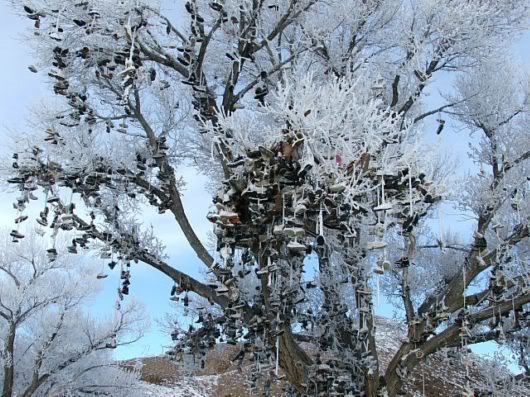 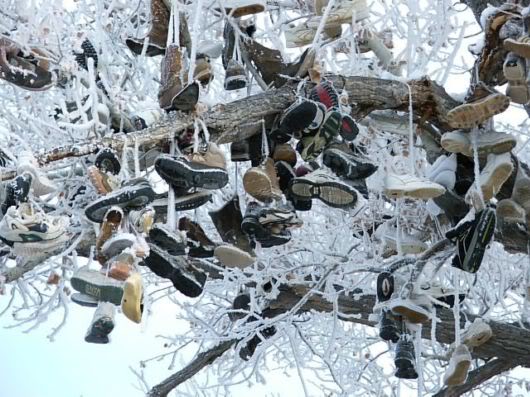 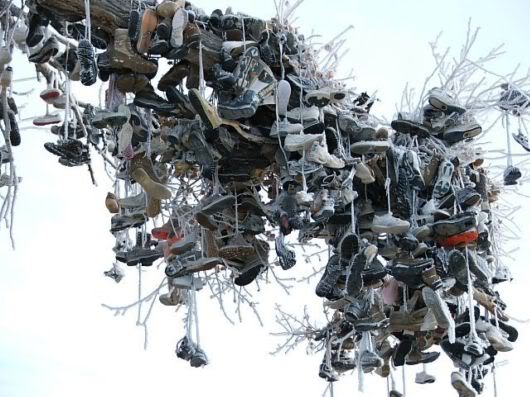 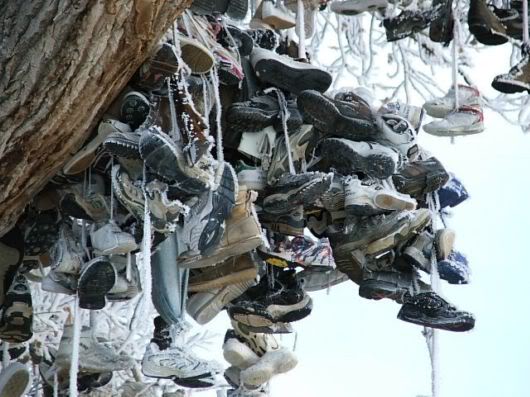 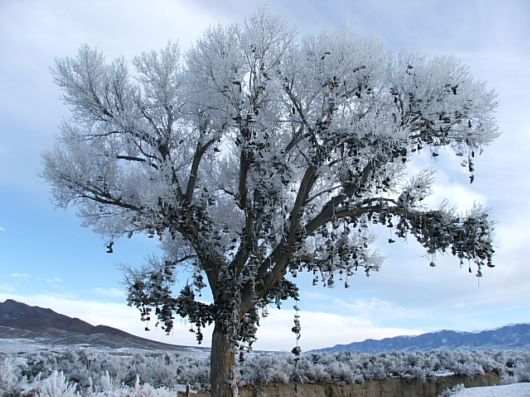 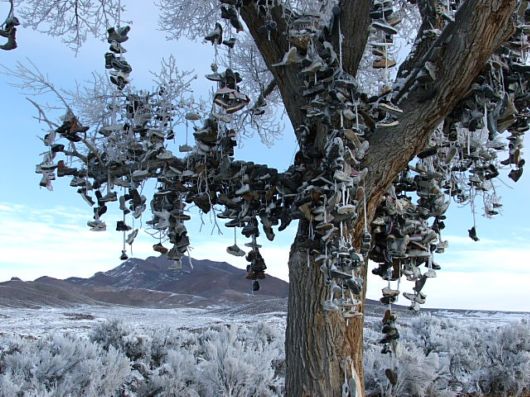 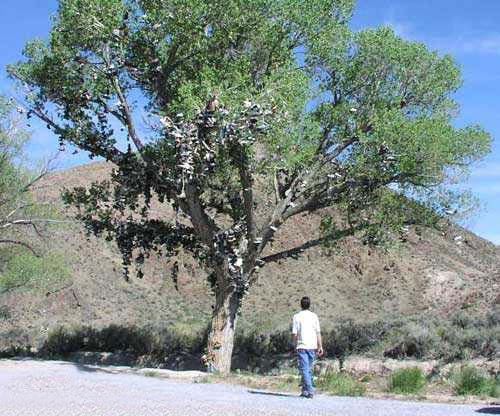 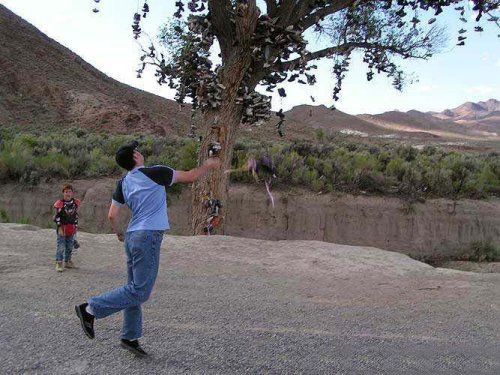