Money is a mutually agreed-upon illusion – usually a coin or a piece of paper given in exchange for goods and services. However, if you want to buck the ?Buck? or have a ?Yen? to use a non-traditional currency, check out some of the more unusual money ideas. 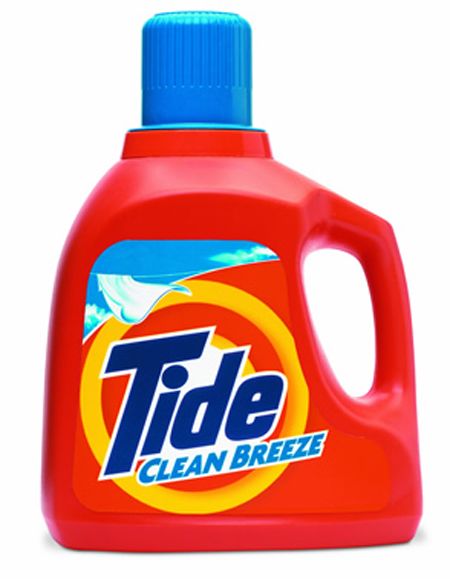 It’s nicknamed ?Liquid Gold.?
Here’s perhaps the most unusual alternative currency out there; criminals are using Tide instead of money to buy and sell drugs. For a myriad of reasons, explained at length in a NY Magazine article, Tide is easy to steal, has brand name recognition, and carries only a shoplifting penalty for its theft. Therefore, in the nefarious underworld it has become an alternative currency for those looking to score, since a 150 ounce bottle goes for $5 in cash or $10 in weed or crack. 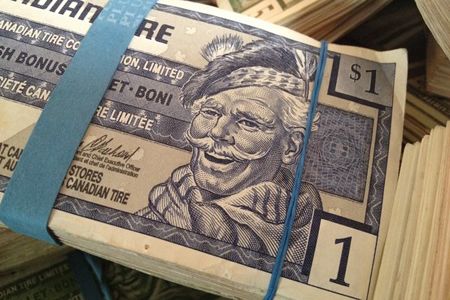 ?In Sandy McTire We Trust.?
Canada has another form of hard currency, in addition to the traditional Canadian Dollar. It’s ?money? printed by Canadian Tire, a nationwide tire company that is a household name there. They started printing it in 1958, with their mascot Sandy McTire on the notes, which come in denominations of 5 cents up to $2 Canadian. They were originally intended to be used by customers for discounts at the chain. However, because of the company’s ubiquity, these notes are accepted at face value at other businesses. Speculators buy and sell the bills, collectors covet the rare ones, and even counterfeiters try to pass phony knockoffs. Recently, Corin Raymond, a Canadian folk singer, released an album that was funded entirely by Canadian Tire money. 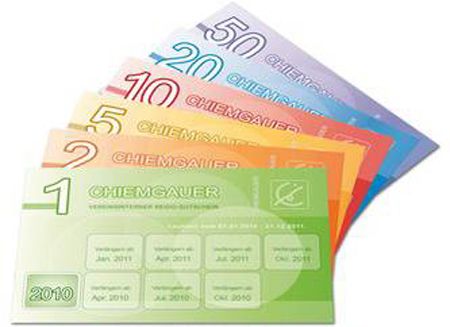 A high-school economics teacher in Rosenheim-Traunstein, Germany had an interesting idea about teaching his students about money – create their own. In 2003, he introduced a currency called the Chiemagaur. The exchange is 1:1 with the Euro, but it has an ?oxidation? feature which causes the bank notes’ value to depreciate over time, discouraging hoarding and encouraging local spending. The Chiemaguaur is quite popular in Southern Germany, where it is accepted by 600 companies and 300 stores; in 2010, 5.1 million Euros were exchanged.
4. The Ven – A ?Green? Global Currency 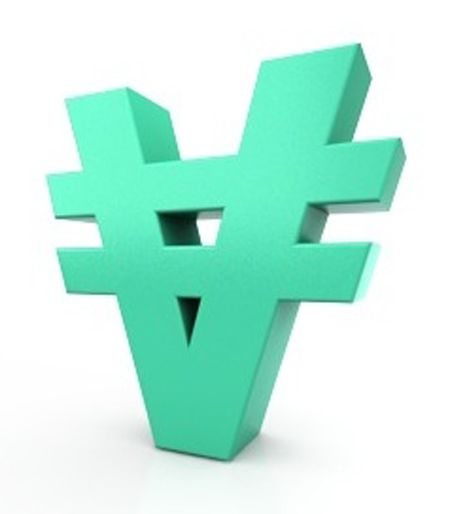 Here’s a currency that is both global and green – the Ven! It is the medium of exchange for members of Hub Culture, a world wide networking site. Members can exchange the Ven for physical goods or services and use it in Pavillions located in cities around the world. Without getting into too much detail about economics, the Ven is stabilized against a basket of currencies and has a built-in carbon offset, resulting in a monetary system that has preserved over 25,000 acres of Amazon rainforest. 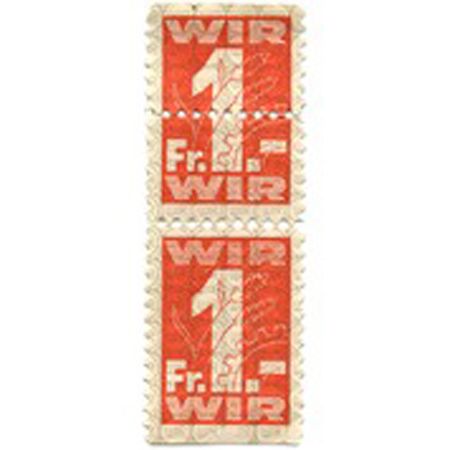 One of the oldest and most successful alternative currencies is the WIR Franc, which began in 1934 as a response to the global Great Depression. Founded by two businessmen in Switzerland, the WIR Bank started issuing credits in their own Francs to depositors, who could earn more by pledging physical assets. It works in parallel to traditional currencies; the amount of WIR credits can offset the amount of cash the seller needs, without affecting the profit of the buyer. It started with just 16 participants, and now has over 60,000. 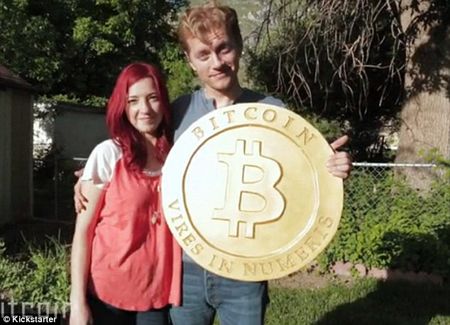 ?With this Bitcoin I thee Wed…?
There are a number of digital alternative currencies in existence right now, including Litecoin and PPCoin, but the biggest player is Bitcoin. What is digital currency? Basically, it’s an independent form of money that is digital, international, and independent of any state, bank, company, or entity. In a perfect world, it would be the most convenient and inexpensive form of banking ever. But in reality, buying, selling, and using Bitcoin can be a challenge. Austin Craig and Beccy Bingham, a Utah couple, decided to attempt to use nothing but Bitcoin for the first 90 days of their marriage. (They are making a documentary, of course.) While it is difficult to find places that accept the money, it could soon be much easier; 2 companies have announced plans to install Bitcoin ATMs in the USA. 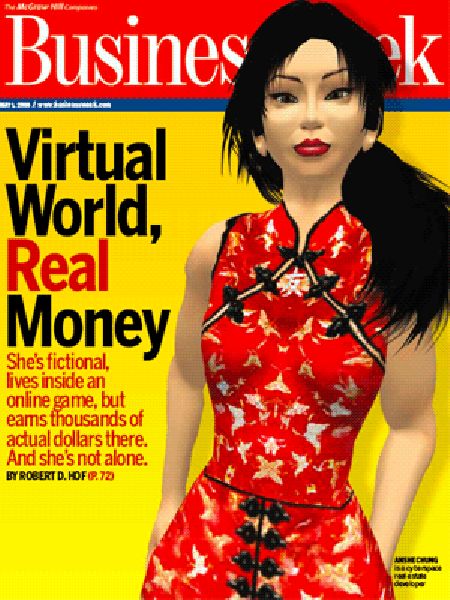 Here’s a currency that exists in a world within a world – the digital community known as Second Life. In this virtual space, people create personas of themselves and interact with others. In Second Life, you use Linden Dollars (L$), named after the company that created Second Life. L$ fluctuate in value, but the exchange is approximately 250 for each dollar. You can convert your currency into L$ of course, but you can also get a ?job? and ?work? to earn money in order to buy and sell goods and services. While Linden Labs has made recent attempts to curb exchanging L$ for $ between players, it is still possible to use the currency to become wealthy in both the real and virtual world. The most famous example is Anshe Chung, known in the real world as Ailin Graef, who became Second Life’s first in-world millionaire by selling virtual real estate. He made the cover of Business Week. 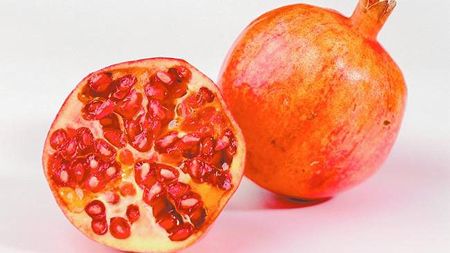 In UK youth prisons, the lack of fresh fruit has turned it into an alternative currency, according to The Howard League for Penal Reform. Debts and bribes are paid to older criminals by using bananas, apples, or any other hard-to-find fruit. The League brings this up to raise awareness of the plight of these teen prisoners in hopes of improving conditions. This is one instance where it would be a good thing to flood the market and destroy the economy.