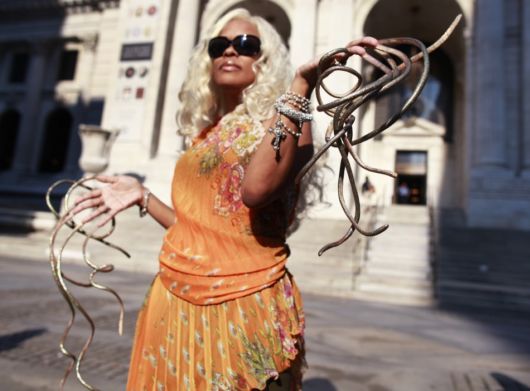 Woman with World?s Longest Fingernails: See How She Texts with 20-Foot Nails

With fingernails nearly 20 feet long, Chris "The Dutchess" Walton set the record for the world’s longest nails, which took 18 years to grow. That must be one expensive manicure.
The 45-year-old singer from Las Vegas known as "The Dutchess" is now part of the 2012 Guinness Book of World Records for her fingernails that measure 10 feet 2 inches on her left hand and 9 feet 7 inches on her right."It’s kind of like a body part that I was born with, now I don’t know what I would do without them," Chris "The Dutchess" Walton said while being photographed in front of the New York Public Library on Wednesday.While she admits she doesn’t know what she would do without them, we wonder what she does WITH them.

According to "The Dutchess,she can do almost anything with her 20-feet long nails including drive a car, shop and household chores. Well, anything but reach into her pockets.
"The hardest thing for me to do is dig in my pockets," she told the Huffington Post. "Everything else I can do myself — driving, shopping, cleaning the house … although when I vacuum, the cord gets tangled in my fingers."One other activity she does not engage in is swimming, but not because of her nails.;I don’t swim, but it’s not the nails that stop me swimming. It’s a hair thin she said.
"The Dutchess" demonstrated how she texts with such long fingernails, using her knuckles instead, while promoting the 2012 Guinness Book of World Records with her glittery nails and flamboyant ensemble.She consciously thinks about her nails, which she has been growing for over 18 years, including when dressing herself, altering her clothing to fit her sharp lifestyle.

"I align my wardrobe to myself…If I like a jacket, I’ll take the seam out of the arm and replace it with a zipper so I can get my nails in the sleeve," she said.
The mother of five and grandmother of three did not intentionally grow her nails over the past two decades for sport, but rather on accident.
"I never set out to make it into Guinness. It just happened," she told the Huffington Post. "One day I stopped cutting my nails. I liked the way they looked. And they just kept growing."
"The Dutchess" said she does not have a special diet to grow her nails and does not take vitamins or supplements to promote nail growth, but rather eats a lot of candy.
She does, however, care for her appendage-like fingernails, giving herself a manicure once a month. When asked how many bottles of nail polish she uses per manicure, she told the Huffington Post, "it depends on the brand, and how it goes on."Chris "The Dutchess" Walton, a real life Edward Scissorhands, also said she does not plan on clipping her nails any time soon.
"I’m pretty sure one day I will cut them, but I can’t see it in my head because I’m so used to having them," she said. "It’s like a leg, I wouldn’t just chop it off so it’s gonna take some thinking. 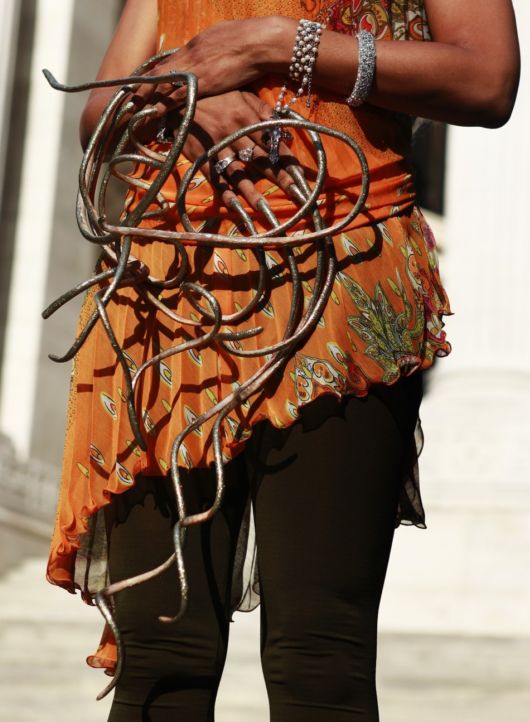 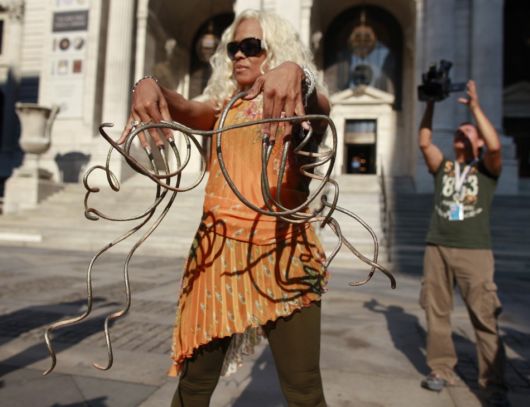 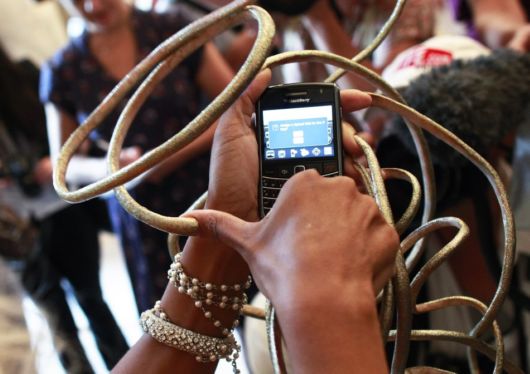