It?s lucky he?s such a good-natured beast. Because if this horse turned grumpy, there?s no way a petite woman armed with a rope could hold him back. Standing 20.2 hands – that?s 6ft 10in – at the shoulder and weighing 200 stone, Poe is the tallest horse in the world, according to owner Shereen Thompson. 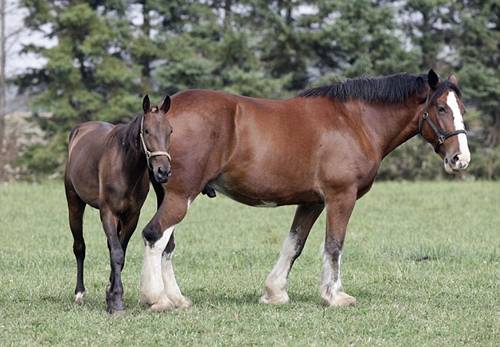 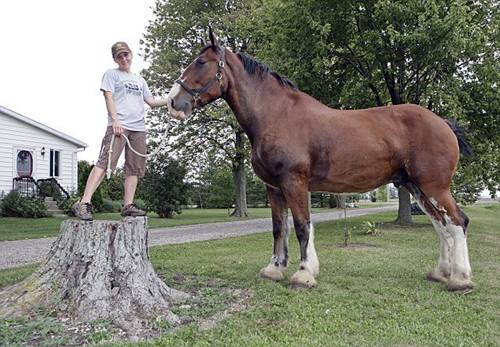 Inching above his rivals: Poe, shown here with another horse on the Canadian farm, stands at 20.2 hands. The Clydesdale is 2in bigger than the horse from Texas currently listed in the Guinness Book of Records, she believes – and dwarfs her own 5ft 3in frame. He lives on Miss Thompson?s farm in Tupperville, Ontario, in Canada. Poe – who is 10ft tall with his head held high – needs two bales of hay a day, 10lb of grain and 75 gallons of water. Miss Thompson rescued Poe – named after her favourite writer, Edgar Allen Poe – in February 2008. 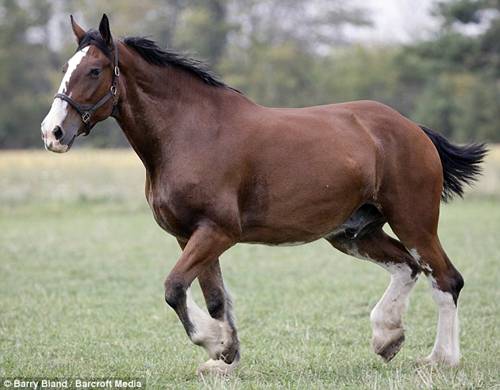 Ms Thompson, who is just 5ft3, is dwarfed by the gentle giant Neigh high: Ms Thompson, who is just 5ft 3in, is dwarfed by the gentle giant He used to work in the city of London, Ontario, hauling crates of Budweiser – ?rather like the horses of Youngs Brewery used to in London, England,’ Miss Thompson explained. The ten-year-old has since become a firm favourite at local fairs – where she said he behaves like ?a real puppy?. ?But he does sometimes forget his strength and drags me along if he wants to play or go chasing something,? she added.Giddy up… and up and up: Poe, eats two bales of hay a day, gallops through the fields. 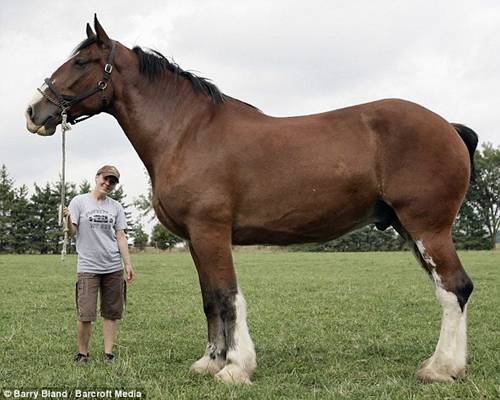 Giddy up… and up and up: Poe, eats two bales of hay a day, gallops through the fields Clydesdale horses were first bred in what was then Clydesdale, now Lanarkshire, in the mid-18th century. They usually stand at around 5ft 4in at the shoulder. 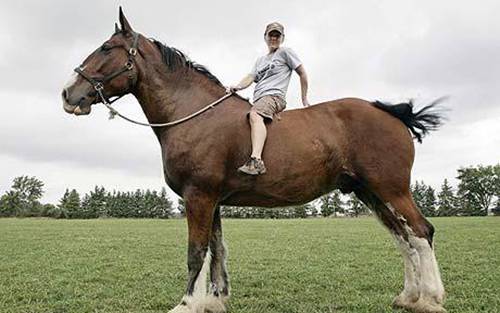 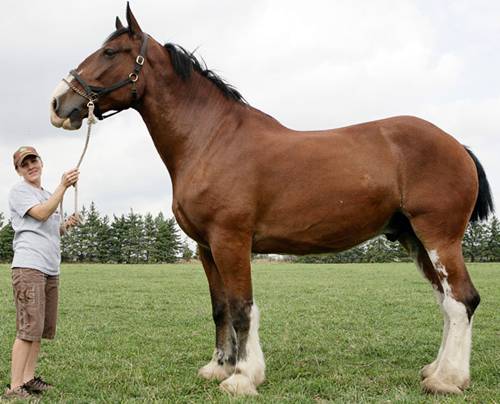