So the training worked! Chinese boy forced to play in snow by ‘Eagle Dad’ becomes youngest person to fly a plane unassisted at the age of 5

A Chinese boy has become the youngest person to fly a light airplane single-handed at the age of five, according to his over-achieving father ‘Eagle Dad’.
He Yide, nicknamed Duoduo, completed the 35-minute flight at Beijing Wildlife Park in China on Saturday.
His father He Liesheng calls himself an ‘Eagle Dad’ and the pair made headlines last year when pictures emerged of the boy being forced to do push-ups in the snow in New York. 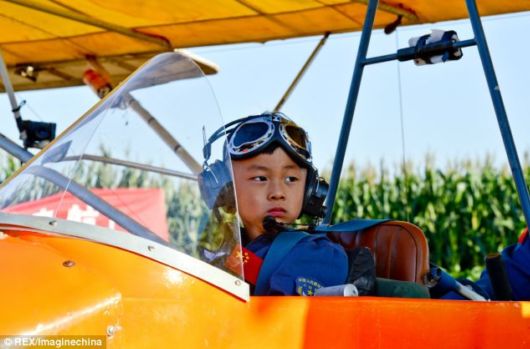 He Yide, 5, has become the youngest person to fly an airplane solo, according to his father 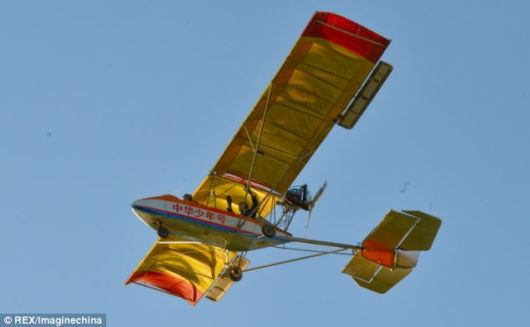 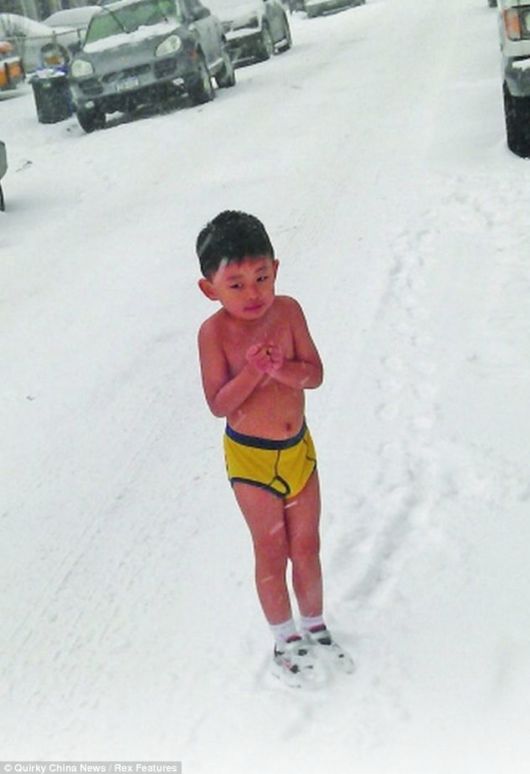 He hit the headlines when a video emerged of him being forced to stand in the New York snow in his underwear
He apparently paid 30,000 yuan (£3,100) for private flying lessons for his son and now says he will contact the Guinness Book of Records about the feat.
According to China’s People Day, there was another pilot in the aircraft with Duoduo but only for supervision.

The super-strict father wrote on Weibo, China’s equivalent of Twitter: ‘His first flight was very successful and he wasn’t scared at all.’
He senior, from Nanjing in eastern China, is famous in his home country for the daily training regime he puts his son through.
When the video of the unhappy child shivering in a snowy New York appeared on YouTube at the start of this year, outraged viewers demanded that Duoduo be taken into care. 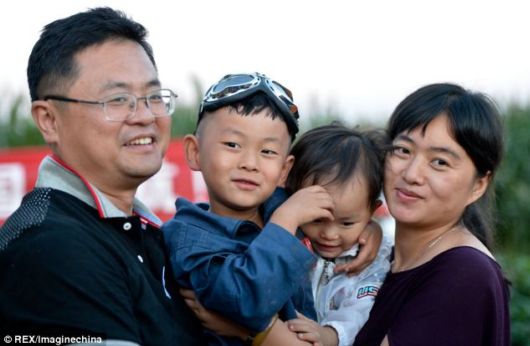 He Yide, pictured with his father He Liesheng, mother and brother, undergoes a gruelling training regime 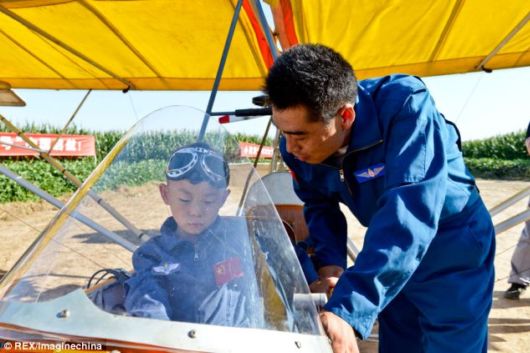 He Yide was accompanied in the airplane with his coach (pictured) but only for supervision, Chinese media said 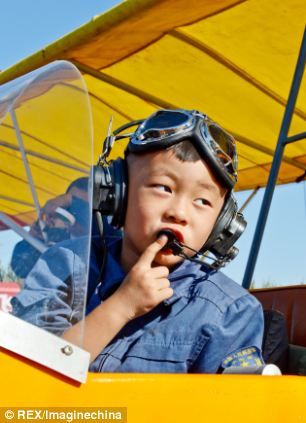 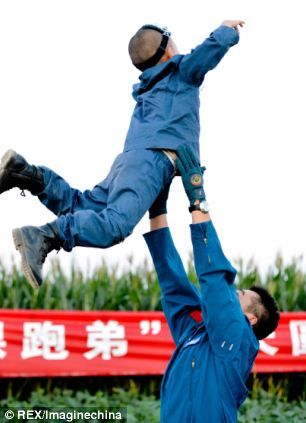 The little boy’s father said he was not scared during the solo flight and will contact Guinness Book of Records
His mother could also be heard in the footage, encouraging the boy to carry on as he begged for a hug.
Mr Liesheng also trains his son to enable him to compete against much older children in sailing competitions.
Eagle Dad has previously said that because his son was born several months premature he had to make him undergo tough tests of physical and mental endurance to build up his strength.
He said at the time: ‘Only by placing him in a situation with strong winds and waves can he show his potential.’
Last year, He and his two children had to be rescued from Mount Fuji in Japan after the father ignored weather warnings. 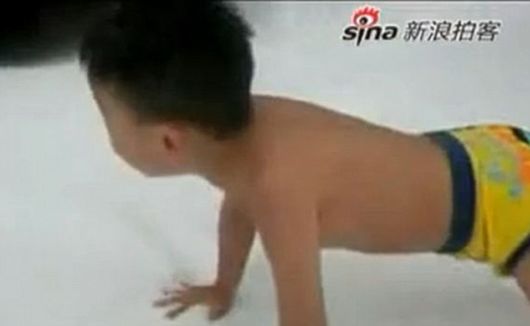 He Yide was filmed last year begging his father to hug him but he insisted he get on the snowy ground first
The pushy parent had brought only a chocolate bar and a cup of water for rations, thinking there would be shops en route.
He admitted that he was as terrified as his children on some stretches of the climb, when the trio were forced to scale 70-degree slopes.
The militant father had not brought waterproof clothing, so a sudden downpour soaked them to the skin, and most shelters on the mountain were boarded up.
As temperatures dipped to almost zero and the air became thinner, his children began crying and Duoduo, was nearly collapsing with altitude sickness.
Park rangers eventually had to be called and they gave the family warm clothes and medical treatment. 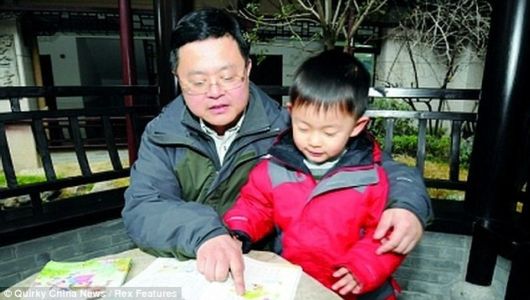 He Lieshing insists that his extreme challenges will help son Duoduo, who was born premature, to toughen up 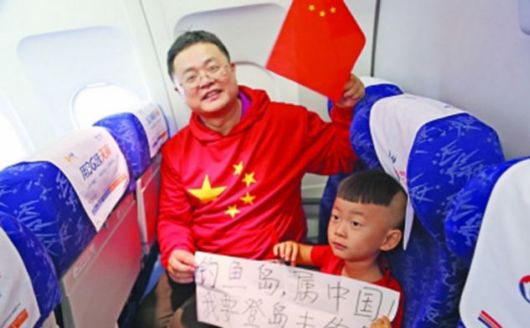