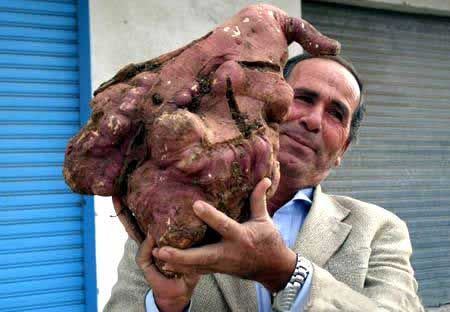 Lebanese farmer Khalil Semhat, from the southern city of Tyre, couldn’t believe his peeled eyes when he discovered he had grown a massive potato weighing 11.3 kilos (24.9 pounds), setting a record for the world’s largest potato. 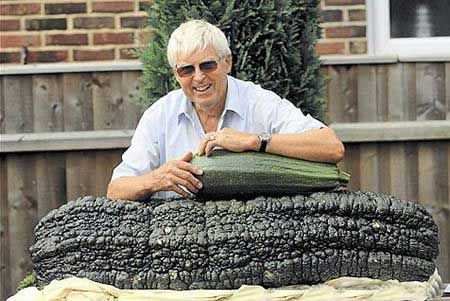 Grown by Ken Dade in Norfolk, the 65kg (113lbs) vegetable needed two men to carry it to a stand at the National Amateur Gardening Show in Somerset. The voluptuous vegetable has entered the Guinness World Records book, beating the previous world title holder by 3kg. 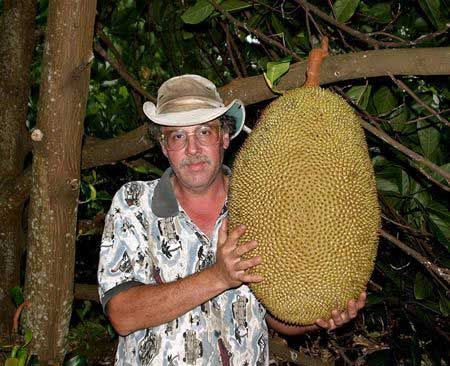 John Evans, a mechanical designer who lives 40 miles north of Anchorage in Palmer, Alaska, holds seven world records for giant vegetables. One of them is this Green Cabbage, who weighted over 76 lb, making it a world record in 1998.

Weighting 268.8 pounds, this watermelon made the cut as the world’s largest watermelon. Grown at the Hope Farm Store by Lloyd Bright, his family has a long history with watermelons: they set world records in melon size in 1979 with a 200 pound melon and again in 1985 with one that weighed 260 pounds. 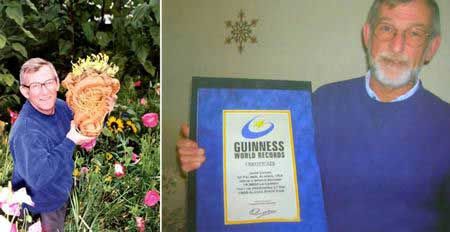 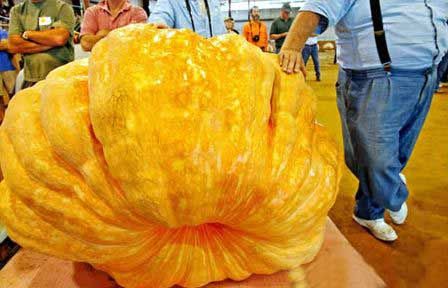 Grown in Rhode Island, the world?s biggest pumpkin was shown at the Topsfield Fair of Massachusetts in 2007, weighing 1689 lbs. 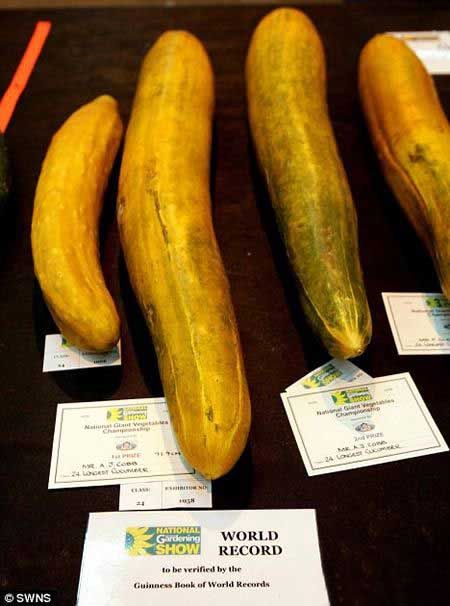 The 36.1in cucumber was grown by Alf Cobb who beat his own record of 35.1in at the National Amateur Gardening Show, from the Bath and West Showground in south-west England.

Also grown by Evans, this Cauliflower weighted 31.25 lb, making it Alaska’s largest one in 1997. 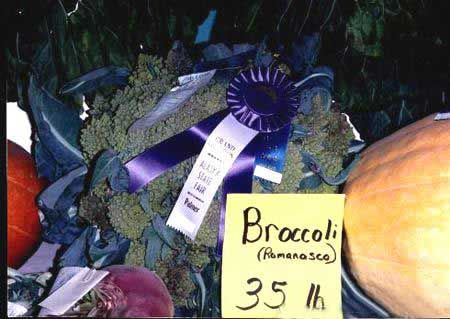 In what was John Evans’ first World record in 1993, this Broccoli weighted over 35 lb, making it a world record.