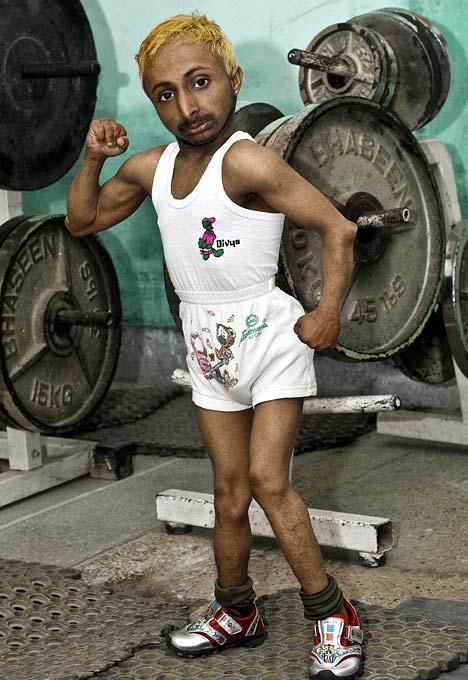 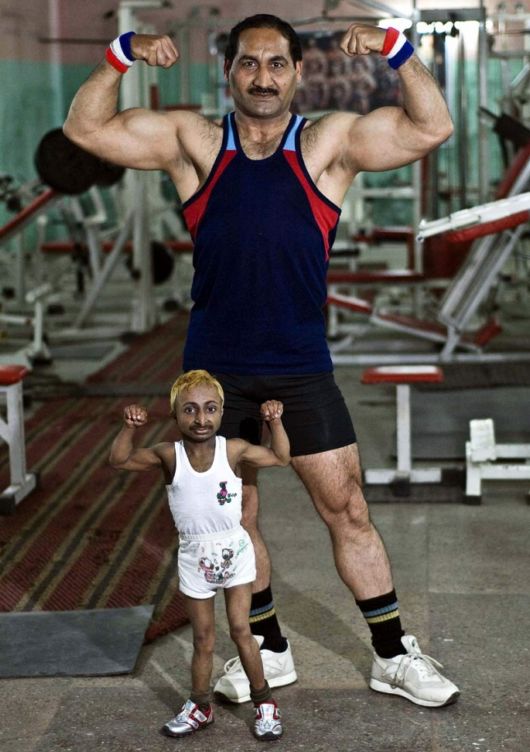 At just 2 ft 9in, Indian muscleman Aditya ‘Romeo’ Dev is the world’s smallest bodybuilder on the planet, according to The Guinness Book of World Records. Pint-sized Romeo is well-known in his hometown of Phagwara, India, for his ability to lift 1.5 kg dumbbells – despite his overall 9.07 kg body weight. Every day, crowds flock to the local gym to the see the mini-muscleman in training. 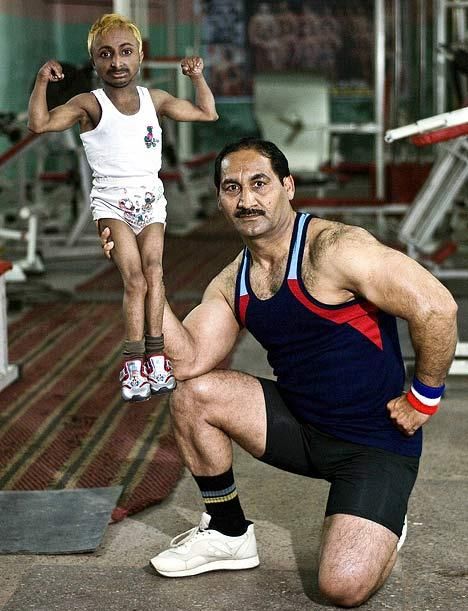 His trainer Ranjeet Pal spents hours helping his 19-year-old protege build his small muscles to perfection."Because of his small size, I don’t assign him hard exercises.
They say that ‘a noble spirit embiggens the smallest man.’ If that’s the case, then nobody could be more embiggened than Aditya ‘Romeo’ Dev – the world’s smallest bodybuilder. 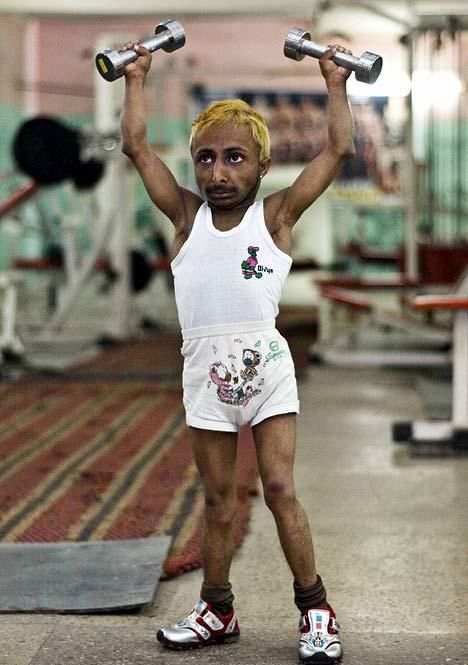 Unlike many dwarfs, Romeo is well proportioned, with a head circumference of 15in and a chest measurement of 20in.Romeo said: "I’ve been training as a bodybuilder for the last two years and by now I think I must be the strongest dwarf in the world 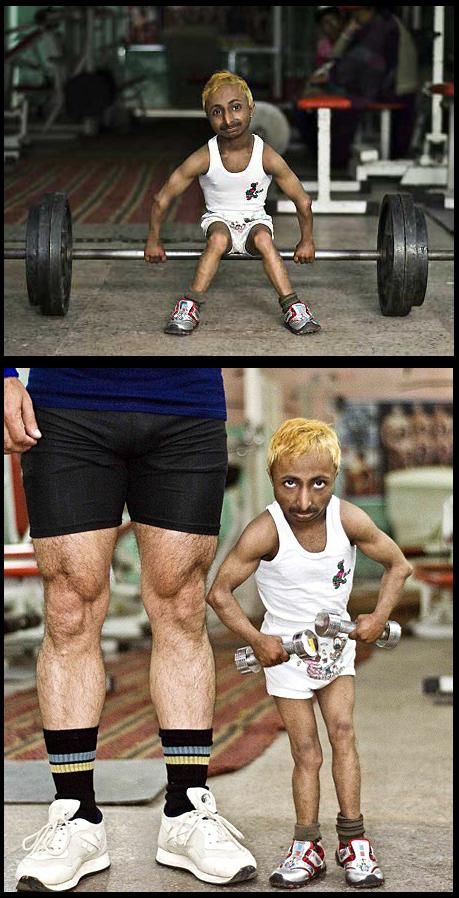 Aditya ‘Romeo’ Dev is a body builder with dwarfism made famous by being reported in the UK press in February 2008. Romeo can shoulder press custom made 1.5kg dumbbells, a notable feat given his 9kg (20 lbs.) body weight and 2′ 9" stature. Although it has not been published in a Guinness World Records book, in 2006 they recognized him to be the "world’s smallest bodybuilder".

Unlike many little people Romeo is well proportioned, having a head of 15 inches and a chest of 20 inches. He maintains his toned body by putting in long hours with his trainer Ranjeet Pal
Romeo enjoys great fame in his home country and makes many appearances on local television to show off his dancing abilities. In addition to bodybuilding, Romeo’s dream is to travel extensively as an entertainer and dancer. One day he hopes to perform in London with his idol Jazzy B.

In summer of 2008, Aditya was diagnosed with aneurysms which, if left untreated, are a serious threat to his life. Aneurysms and Moyamoya are common symptoms of the syndrome MOPD II, which is the cause of Aditya’s small stature.