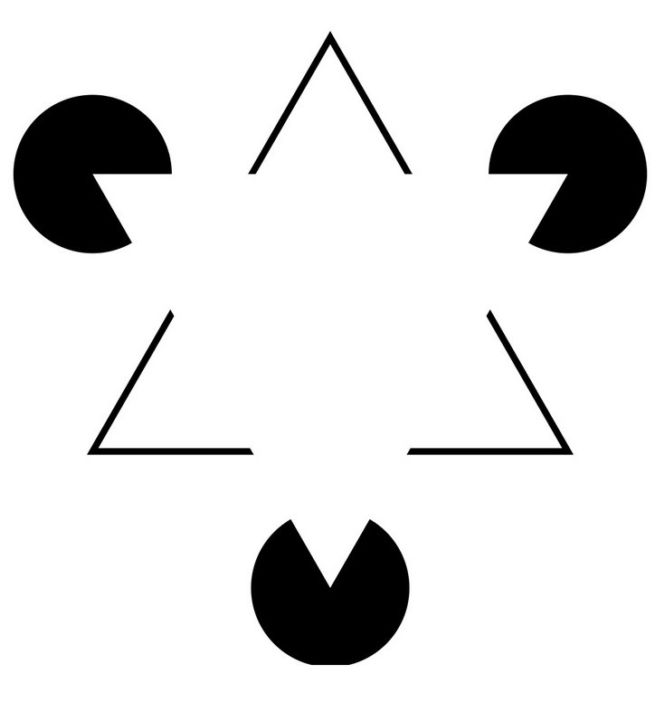 Italian psychologist Gaetano Kanizsa’s image here is meant to demonstrate that people often imagine things that are, in fact, not really there. By simply putting together the above lines and broken disks, most people inevitably ‘see’ a white triangle, which has no outline or reality at all. 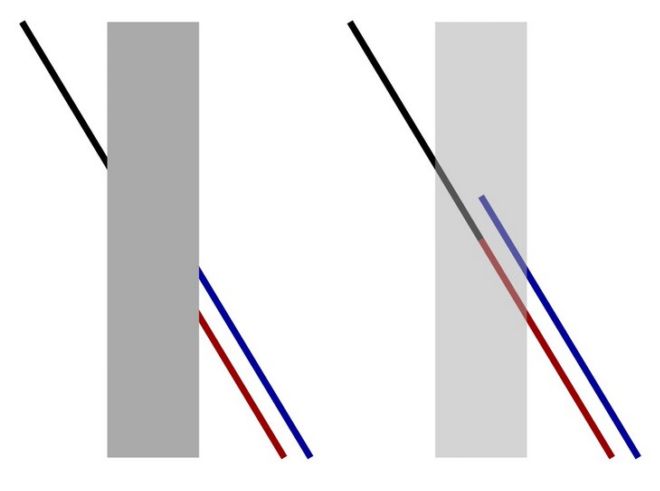 When showed the picture on the left, people instinctively believe that the black line is a continuation of the blue line. But, as the second image on the right shows, it is actually a continuation of the red line. As yet, no convincing explanation of why we make this mistake has been made. 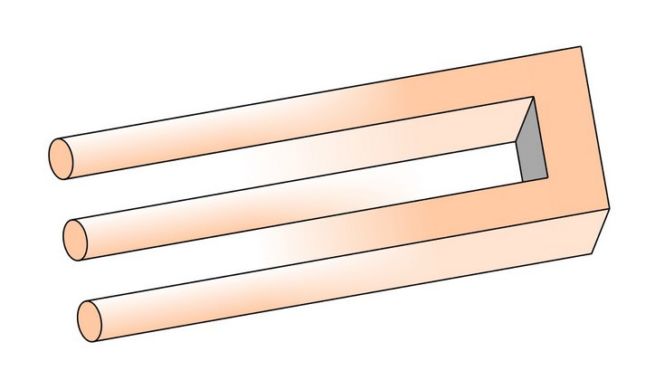 Otherwise known as the ‘impossible trident’, this illusion has perplexed many brains for decades. Can you figure out this illusion? I have tried and come up with nothing so far. 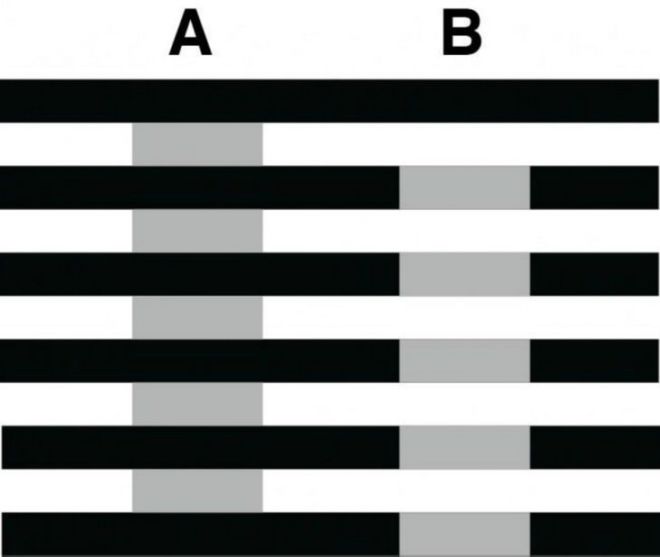 Our mind is not only fooled by the relativity of various sizes but also colors. Have a look at the gray rectangles. Those placed on the white lines appear darker than those on the black lines. However, they are the same tone of gray. It’s all about juxtaposition. 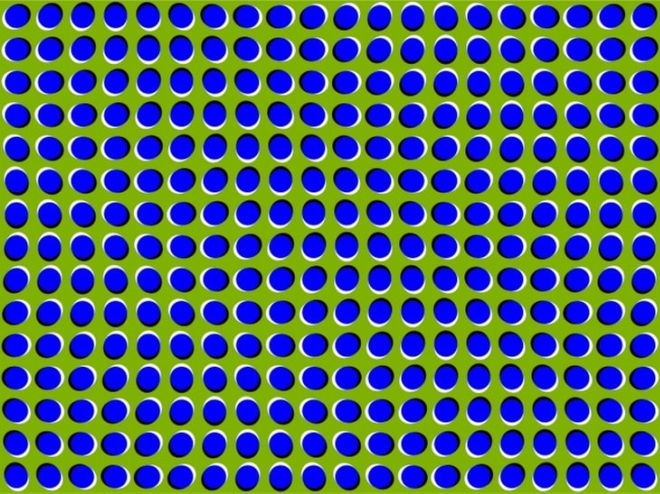 This seemingly simple image is actually so sophisticated that it makes us feel as though it’s floating and palpitating. Take a look at the white and blue shadows placed on the blue dots and try to figure out what is going on inside your mind.