There are many places around the world that are classified. These places are either blurred or have been pixilated by the Google Earth. There is no known reason behind this but these places are only known because of the surrounding information available. Some of these places are either government buildings, mountains, houses of people. Nobody else but only Google knows what it is hiding behind those blurry images. Here are the 15 secretive places that Google never wanted us to see. 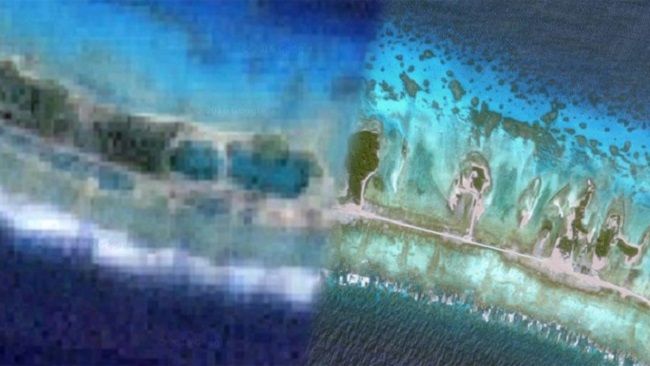 Moruroa, an atoll situated in the islands of French Polynesia, South Pacific. When it is seen from the Google Earth, it looks like as if they have something to hide. Many islands are clearly visible including many parts of atoll but many places are blurred. An airstrip, few buildings, and dock are clearly visible. It is known that the vicinities of Muroroa atoll were nuclear testing sites around 1966 to 1996 for the French. This may be the reason for the blurring.