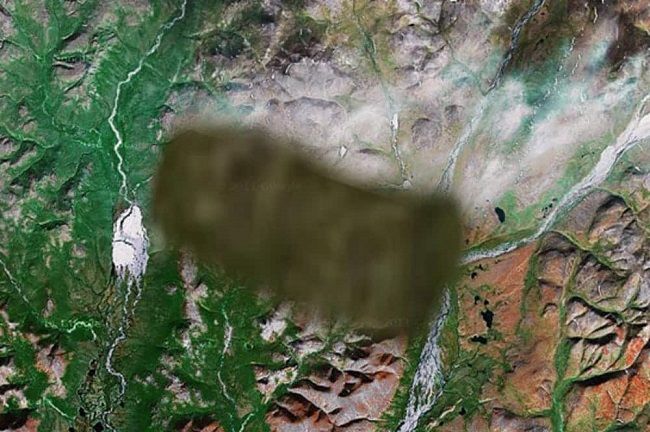 Compared to all the secretive places on the Google maps this is one of the most mysterious ones. This place is situated in the Tundra region near the border of Alaska. The Russian authorities carried out sealing many cities and small towns during 1986 which were homes to a million of people. These cities were given very mysterious names like Tomsk-7 and Krasnoyarsk-26 or Arzamas-16. Arzamas-16 was the colony comprising of the nuclear scientists and engineers. It is believed by many that this was taken up by the government and was used as the radar and missile station during the cold war.